Ismail (left) observing the presentation of aid to Hassim (centre) during the visit. With them are Hassim’s wife Hasna Salleh, 72, and disabled daughter Siti Hajar Hassin, 23. — Photo: MUSTAFA AHMAD/The Star

WITH his wife in ill health and daughter bedridden, 75-year-old retired navy Lans Kpl Hassim Ahmad has been struggling to make ends meet.

Things turned for the worse when he was diagnosed with heart disease two years ago.

Hassim from Teluk Ayer Tawar in Penang said the expenses to look after the family is about RM2,000 a month.

He is not eligible to receive a pension from the Government due to his short years of service.

“Then I started working as a contract gardener at a nearby school earning RM1,100 a month before stopping due to poor health and old age.

“Now I stay at home, look after my 24-year-old disabled daughter and 72-year-old wife who is suffering from a stroke.

“The only help I receive are the RM600 monthly assistance from the Welfare Department and Pusat Urus Zakat as well as some funds from my three other children, ” he said.

Hassim said that after he was diagnosed with heart disease, he stayed home most of the time with the family.

His plight received the attention of Senior Minister (Security) Datuk Seri Ismail Sabri Yaakob who visited Hassim at his home in Teluk Ayer Tawar near Butterworth on Friday.

Ismail, who was accompanied by Kepala Batas MP Datuk Seri Reezal Merican Naina Merican, spent about 20 minutes speaking to Hassim and his family before handing over cash aid.

At a press conference later, Ismail said Hassim was among an estimated 100,000 retired personnel from the force who are non-pensioners.

“So far, about 70,000 of the non-pensioners have registered with the Government to receive aid.

“Those registered will be entitled to certain forms of aid and support.

‘They are also entitled to attend workshops to train them to earn a living, ” he said. 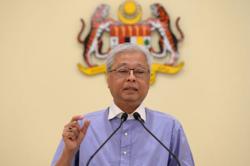 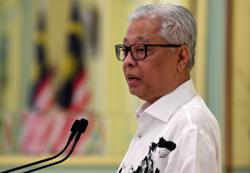 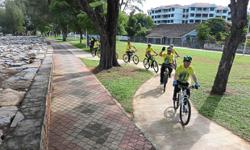 Upgraded park by the sea a new tourist attraction