KUALA Lumpur City Hall (DBKL) has come out to clear the air over an in-house notice that went viral over social media recently about a ban on refugees shopping at Pasar Borong Kuala Lumpur.

A DBKL spokesman clarified that they were not allowing refugees into the wholesale market to prevent them from buying goods that they would later resell outside.

The spokesman added that the market is primarily for wholesalers, which is not a category UNHCR (United Nations High Commissioner for Refugees) cardholders come under.

Instead, the spokesman urged the refugees to shop at markets nearby, where they are able to purchase their groceries.

DBKL was responding to allegations that they had banned refugees from entering the wholesale market, which led to accusations that it was being discriminatory to the refugees.

“The three-point notice was merely a guide to those working in the wholesale market to better coordinate movements going in and out of the market.

“The market was identified as a Covid-19 cluster during the movement control order (MCO).

“It is the biggest wholesale market in the country where two Covid-19 positive cases were identified with the source of infection traced to foreign workers," the spokesman said.

“We are taking every precaution to ensure that standard operating procedures (SOPs) are followed," the spokesman said.

During the period, DBKL had closed the area a few times to facilitate sanitation exercises.

The spokesman added that as per DBKL's Federal Territory Wholesale Market 2002 by-laws, foreigners without documentation and permits are not allowed to work in the wholesome market.

Only those with valid permits and who are registered with the suppliers are allowed to go in and must be accompanied by their Malaysian employers.

“We don’t see a need for foreigners to enter the market to do grocery shopping as shopping is done here wholesale.

“UNCHR cardholders can go to the nearest market in their neighbourhood like the Selayang daily market," he added.

The spokesman added that refugees are not allowed to buy in bulk, as they are afraid that they will resell the items.

“Please understand that we are doing this to also rid the market of public perception that it is an area controlled by foreigners and is unclean," he said.

DBKL has carried out enforcement all over Kuala Lumpur and hundreds of businesses operated by illegal foreign workers have been closed and their goods confiscated as per the law. 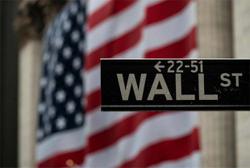