Time to cast the net wider

MALAYSIA needs to be more attractive economic and infrastructure wise if it wants to expand its present tuna landing tonnage.

“At present the tuna landing tonnage at Penang Port is 1,563.83 metric tonnes with an estimated value of RM25mil, ” said Kiandee in a press conference after visiting the Batu Maung Fisheries Research Institute in Penang on Friday.

He said Penang needed to be more attractive than neighbours such as Phuket to rake in higher tonnage and income from tuna landing.

“We have the potential to grow big as we have the licence from the Indian Ocean Tuna Commission for tuna landing at Penang and Langkawi ports and we must strive to be a market player by doubling the present fleet of 17 tuna fishing vessels and one carrier vessel, ” he said.

Kiandee said no increase in tuna catches is expected this year and the tonnage was expected to be about the same as last year, which was 1,563.83 metric tonnes.

He added that the Fisheries Act (Amendment) 2019 was approved and enforced on Sept 30 last year, which legally allows tuna fishing in the high seas.

This is to encourage Malaysians to venture into the industry to increase the country’s fisheries output.

On the overall fishing output, Kiandee added that Penang recorded 51,694 metric tonnes of fish caught valued at RM534mil last year compared to 54,854 metric tonnes with a value of RM522mil in 2018. 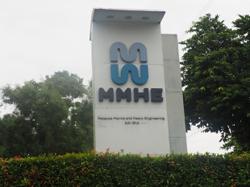