By BAVANI M and RANDEEP SINGH

Numerous community groups say the availability of cheap liquor is a big cause for concern. — SAMUEL ONG/The Star

WHILE there are some city folks who welcome Kuala Lumpur City Hall’s (DBKL) decision to not accept any more new applications from restaurants and bars to sell liquor, there are also many who feel that the announcement is merely another “knee-jerk reaction” by the authorities responding to publicity on accidents caused by drunk drivers.

This issue has certainly been the topic of many conversations among the people.

The decision received strong support from groups who pointed to social problems related to alcoholism.

“While we do appreciate the gesture to freeze new applications to sell liquor, DBKL however is overlooking the big picture, ’’ said Malaysian Crime Prevention Foundation (MCPF) member SKK Naidu.

“The freeze on such licences is not enough.

“The authorities need to take it one step further and that is to scale down the number of commercial businesses selling alcohol in Kuala Lumpur, ” he said.

Naidu, who is also the Rukun Tetangga chairman of Brickfields, makes the call based on his experience of having to deal with community concerns associated with alcohol.

“Let’s take Brickfields as an example. Alcohol and cheap liquor is available in abundance in this area.

“It is readily available anytime, and as a community leader here, I have had the unpleasant experience of dealing with problems in the community that are due to alcohol consumption, such as vandalism, noise and littering apart from the matter of road safety, ” he said.

His concern is echoed by a resident, Suresh Kumar who has to deal with a weekly noisy drinking party outside his home.

“The group of people gather here every week. They come in three to four cars and park near the LRT tracks, then they blast loud music from bass speakers and drink, ” he said.

Similar situations have been reported in different parts of the township where residents living in high-rises have lodged numerous complaints with the authorities.

“We don’t need every supermarket and provision shop selling liquor.

“The easy availability of liquor is one of the main reasons we are having all these issues, ” she said.

Both Naidu and Hor opined that DBKL should not just freeze new applications for licence, but should also significantly scale down the current number by half.

“I feel that convenience stores should not be allowed to sell liquor.

“We have too many of such stores and these are manned by foreigners, who are not likely to ask customers for identification to prove they are of legal age to purchase alcohol, ” said Hor.

She and Naidu said DBKL should consult residents associations and local community representatives before issuing liquor licence to shops in an area.

“Considering the number of social problems we are facing now, it is only right that the neighbourhood community is consulted about it, ” Naidu reasoned. 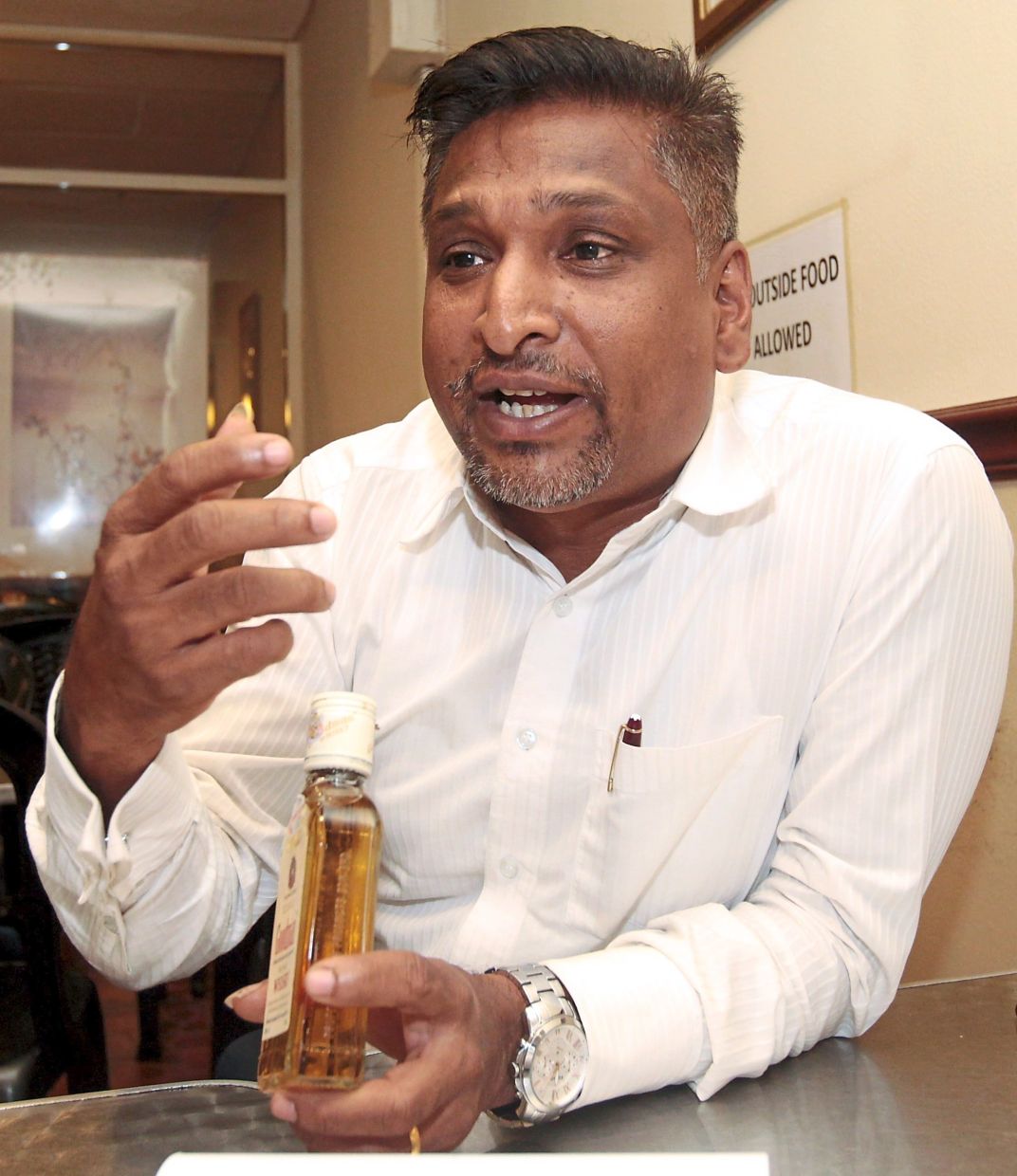 Marshel suggest that all powers to grant liquor licences be delegated to local authorities, as they can conduct more frequent enforcement action.

“The government is looking at drunk drivers, but we need to nip the bigger issue of social problems related to consumption of alcohol.

“The problem is the easy availability of cheap liquor.

“New laws need to be drafted and existing laws that are outdated need to be amended, especially when it comes to penalty, ” he said.

But Marshel reiterated that the more serious problem laid in the consumption of cheap alcohol by people in the B40 group, which had resulted in a greater number of deaths due to liver damage.

He suggests that the government set a high ceiling price on hard liquors so that they cannot be sold for less than RM50.

“You can find liquors available in 125ml bottles with 40% alcohol being sold as cheaply as RM5 or RM6 each.

“MACLM has been pushing for a policy to ban bottles of hard liquor that are less than 700ml.

“We also want the government to revoke all types of liquor retail licences under the Excise Act 1976, and create special licences for liquor to be sold only at licensed premises, ” he said.

Marshel is also pushing for local councils to revoke the licence to sell liquor from all previously licensed stores, and not allow the sale of hard liquor in retail stores.

“There are now hundreds of liquor retail licences issued, not only by the Liquor Licence Board under the Customs Department but also state government, district offices and local authorities.

“It makes it difficult for the authorities, especially the local councils, to monitor and take action under the Excise Act 1976 for offences under the liquor licence.

“In addition, there is counterfeit alcohol sold at licensed grocery stores, ” he highlighted.

He added that MACLM recommended that all powers to grant liquor licences be delegated to the local authorities like DBKL, in order to facilitate more frequent enforcement action.

Cheap alcohol in Klang Valley is commonly sought out by foreign workers.

Those whom StarMetro spoke to, said there were many places where they could get cheap liquor.

A condominium security guard, who only wanted to be known as Ram, said he did not have problem buying his favourite tipple from a neighbourhood supermarket that he frequented.

“I buy alcohol here as it is cheap and there is a variety for me to choose from.

“Most of my friends from my home country work as security guards and in factories here, and this is our way to unwind, ” he said.

When announcing the recent freeze on new liquor licences with immediate effect, DBKL said it was responding to the call by Federal Territories Minister Tan Sri Annuar Musa for the authorities to stop issuing licences for liquor sales until new guidelines were in place and the laws revised. This followed a recent spate of drink-driving deaths in the country.

Factory worker Bahadur said he frequented sundry shops to buy cheap whiskey as that was all that he could afford.

He said that he was not harming anyone and did not cause any nuisance as he would drink on his own and did not drive.

“I work hard daily for almost 12 hours a day, so I reward myself with a bottle on my day off. What is wrong with that?” he asked.

Alliance for Safe Community chairman Tan Sri Lee Lam Thye feels that the ban on alcohol is not an effective solution to the problem of drink driving.

“We need a solution to the bigger issue of irresponsible alcohol consumption and the easy availability of cheap liquor, and that lies with increasing the penalty and revamping laws.

“Having said that, we also need to look at sensible ways to curb this problem.

“I think that a portion of the revenue from the excise duties imposed on alcohol, known as sin tax, can go towards funding educational campaigns on drink driving or establishing rehabilitation centres, ” he said.

“The government needs to look at long-term solutions instead of freezing liquor licences for new entertainment outlets, ” said Dave.

He said that in the post-Covid-19 economy, this move was redundant as numerous establishments were closing down.

He opined that the current roadblocks were good for the time being but a more holistic long-term solution was needed. Outreach by AA (Alcoholics Anonymous) Malaysia and preventive education at secondary school level would serve as a good start, said Dave.

“We have many rehabilitation centres for drug abuse but none for alcohol abuse. This is a real problem and needs to be addressed.

“The funds for these measures should come from the sin tax collected by the government, ” he added.