Finding a special gift for Dad

Tinny with the “Best-Dad” trophy and other popular gifts for Fathers Day and other special occasions.

JOHOR BARU: With most restrictions of the movement control order (MCO) lifted, life is slowly returning to normal as families take time out to celebrate occasions such as Fathers Day tomorrow.

Many children are taking the time to buy a special gift for their dads, with cards and mugs being popular choices.

Operators of gift shops and hobby stores here who were interviewed by StarMetro said that there had been an uptick in purchases made in the week leading to Fathers Day.

Tinny Abdul Rahman, 34 who works at a gift shop in Permas Jaya, said that since Monday, she had helped wrap gifts for a total of five customers.

“Three of them came in with gifts they bought elsewhere and purchased boxes and wrapping paper as well as our services for gift wrapping.

“The remainder had gotten a ‘Best Dad’ trophy and a pre-packed mug set which we also wrapped up for them,” she said.

She added that in previous years there would be more customers who would buy a variety of things for the occasion, with the most popular being decorative lamps and mugs.

Similarly, Anna Loh, 39, who works at a gift shop in Tebrau said that sales of wrapping paper and decorative ribbons increased in the lead up to Fathers Day.

“Some customers would ask for Fathers Day themed wrapping paper too.

“We also sell pre-packed gifts which included mugs and tonic drinks,” she said.

Stationery store supervisor Teh Hoi Cheng, 32, said that customers were asking for Fathers Day cards, but the store had run out.

“Our supplier could not bring the supplies in time and we have no stock from last year.

“So we would recommend fountain pens instead as they are practical and can be bought cheap,” she said.

Jason Leong, 28, who works at a video game store in Taman Pelangi, said that remakes of old games were pretty popular during this week.

“Games which are targeted to those above 30, such as Resident Evil Three, are popular right now,” he said.

Fishing tackle store employee Aza Sulaiman, 41, said that there were fewer customers than in previous years, but they did get some coming in to ask for suitable fishing gear for their fathers.

“They would ask about what type of equipment would fit their dad. We usually recommend all-in-one sets which include rod, reel and everything else necessary to start fishing,” she said.

Most store staff interviewed said sales overall were lower this year, which could be attributed to the MCO and its effect on people’s finances. 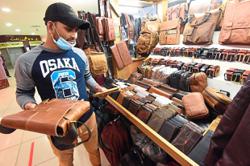 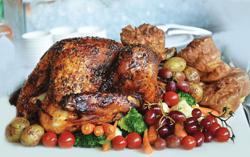