THE Selangor government is deferring land premium payments for notices which expired between Jan 1 and June 9.

In a statement, Selangor Mentri Besar Datuk Seri Amirudin Shari said the deadline has been extended to Sept 30.

“For those with 5A and 7G notices that have not expired, it will be allowed to be paid in six instalments until March 31, next year.

“I hope this initiative will ease the economic burden of developers and investors, ” he said.

He also said that the state would exempt property rentals for all its tenants for the month of May, subject to the same eligibility given for rental waiver in April, under the Pakej Rangsangan Ekonomi Selangor Prihatin.

There are also initiatives to help tertiary students abroad.

Amirudin said the state via its education standing committee would donate RM50,000 under the Food Basket programme to benefit about 600 students from Selangor affected in Egypt due to the Covid-19 pandemic.

“The state will look into their progress from day to day and consider further actions.

“The state is also collaborating with Wisma Putra to look into the situation in countries where there are Selangor-funded scholars, ” he said.

Amirudin added the state was in its final stage of concluding the economic recovery plan that is scheduled to be announced next month. 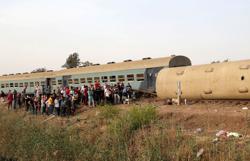