BADMINTON enthusiasts are happy that they can finally return to their hobby after a three-month hiatus.

Among them is hotel employee Chong Jae Min, 32, who is happy to be back on the badminton court with friends and colleagues.

“We used to play one to two times a week after work before the movement control order (MCO).

“We have been advised to play singles and to keep a safe distance if we decide to play doubles.

“For doubles, we are not supposed to stand close to each other and there will be zero body contact.

“To make sure that we stay safe and healthy, we will head home straight after the game and disinfect ourselves, ” he said.

Penang Badminton Association treasurer Loh Eng Swee, 58, said a maximum of four players are allowed to be on a court at any one time.

“We have placed social distancing markings for those waiting on the bench and we will disinfect the courts immediately after the players leave. 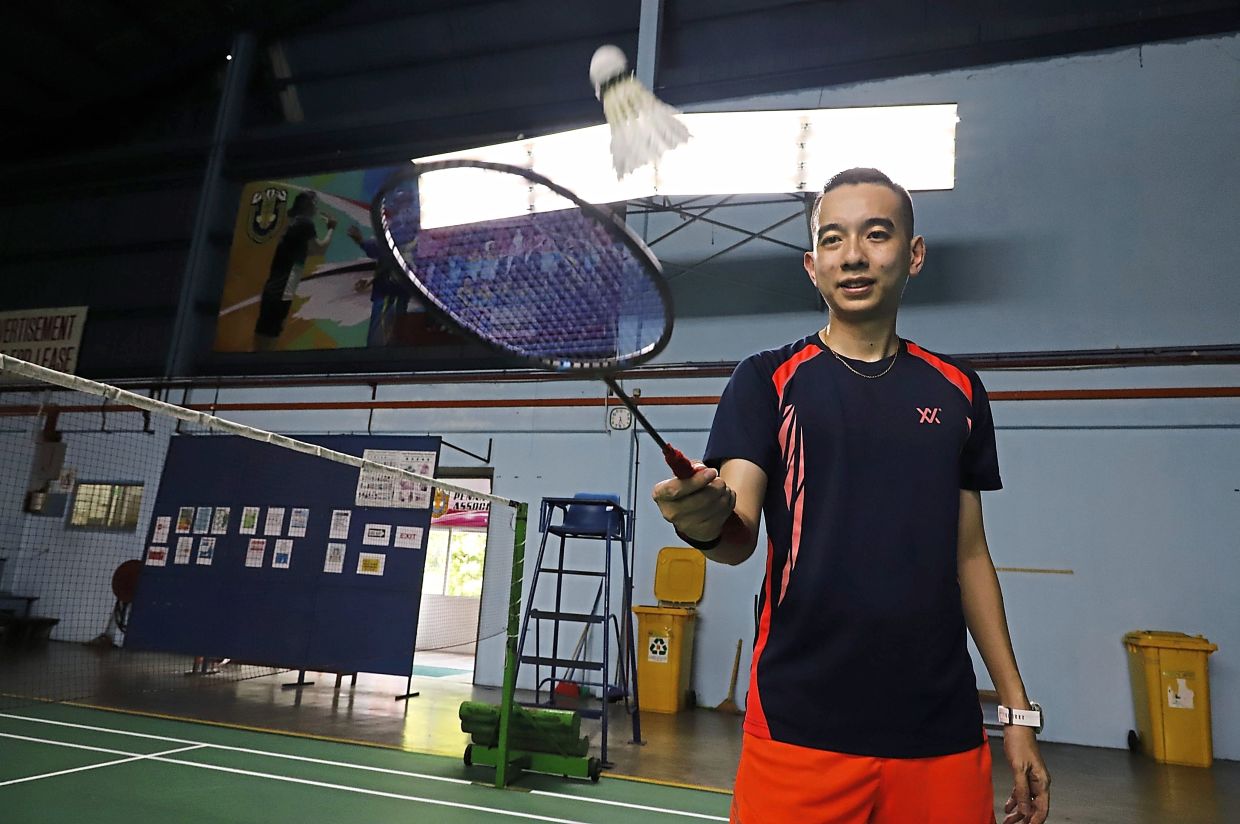 Chong is happy to be back on the court again. — Photos by LIM BENG TATT/The Star

“We do not encourage those below 12 years old and those above 60 to play for the time being as they are in the more vulnerable groups.

“We encourage players to play singles but if they decide to play doubles, they must be between one metre to three metres apart.

“The players cannot have any body contact like giving high fives to each other during the game.

“Some players have always been playing doubles matches so it is difficult for them to play singles.

“The pace is faster for singles and they need time to breathe.

“Most of our regular players are excited to resume their routine again.

“The players are encouraged to call us for bookings before they come as we have only nine courts at the Penang Badminton Association facility in Bukit Dumbar, ” he said.

However, some players are complaining about having to only play singles games during the recovery movement control order (MCO).

Many of them feel that they are not fit enough for singles and predicted a spike in leg injuries due to players over-exerting themselves.

“You think we are all like Datuk Lee Chong Wei or Lin Dan? You think we can play a net shot and then leap to the back and execute a jumping smash?

“You know how hard it is to play singles?” said retiree H.H. Ang, 60, who used to play badminton with his friends before the MCO.

Ang said he saw many people playing doubles on outdoor courts in public parks when this was allowed during the conditional MCO and could not see why doubles could not be allowed at an indoor court.

“There are many adults who just want to enjoy the game without overly exerting themselves by playing singles.

“I hope my voice can be heard. Please review the standard operating procedure for badminton, ” he added.

Office executive Ethan Tan, 38, said badminton players in their thirties and above were put off upon learning about the SOP.

“Singles games are for lithe teenagers who have the stamina to cover more ground.

“The older players won’t have the stamina to last an entire singles game, ” Tan said.

However, Penang youth and sports committee chairman Soon Lip Chee maintained that for badminton, doubles games were not allowed according to the SOP provided by the Youth and Sports Ministry.

“I play badminton too and I know how tough playing singles is.

“I spoke to the National Sports Council officials and we decided to take it one step at a time.

“Let’s observe the situation before we allow doubles games, ” he said.

As for wushu, lion and dragon dance classes, Soon said these could resume now as long as the associations operating the classes obtain the necessary approval from the International Trade and Industry Ministry.

“There are regulations for these associations to follow as well including limiting the number of people on the premises according to the size of the facility.

“During training, the trainees will have to observe 3m to 5m of social distancing and all items have to be sanitised before and after use.

“No bodily contact is allowed, ” he said during a press conference.

“No group training will be allowed and we encourage those below 12 as well as those above 60 years old not to take part in wushu or lion and dragon dance classes for the time being, ” Soon said. 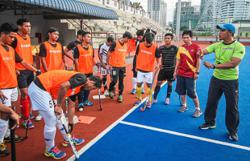 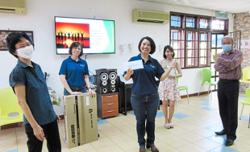