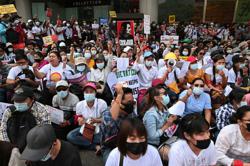 THE tofu factory that was ordered closed for 14 days for violating health and safety regulations by Kuala Lumpur City Hall (DBKL) will be shuttered permanently.

Kuala Lumpur mayor Datuk Nor Hisham Ahmad Dahlan said the factory in Pudu Ulu did not have a licence from the time it was set up in 1989.

“We are not going to allow them to operate after the 14-day closure notice expires, and I have instructed my officers to check on the legality of the workers who are foreigners," he said.

The mayor said there were 11 workers at the factory, five of whom were Bangladeshis and the rest Myanmar nationals.

All the six Myanmar workers did not have a permit.

Officers who raided the place said it was infested with cockroaches and rat droppings.

The workers did not wear headgear or gloves, and some did not even wear shirts, and the factory was ordered closed for 14 days under Section 11 of the Food Act 1983. 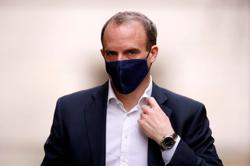