Penang resident Foong taking a photo of his family at Armenian Street during a weekend tour of his home state.

LOCAL tourists are slowly returning, with a handful of them spotted at tourist spots in Penang on the first weekend of the recovery movement control order (MCO).

But the thin crowds could be a sign that the people’s fear of Covid-19 pandemic could take longer to fade away.

Among those spotted at the heritage site were newlyweds from Kuala Lumpur, Mohamad Hazaq Mohd Nasir, 25, and his wife Noor Amirasuhaida Aziz, 22, who were on a 3D2N honeymoon trip.

The pair got married on March 20, after the MCO started, and saw all their wedding ceremonies and honeymoon plans disrupted.

Hazaq said they picked Penang as he had studied here before he became a soldier, and he wanted to show his wife around places which were familiar to him.

“Our original plans were to have our honeymoon in Langkawi, but since our plans had to be cancelled, we now come here instead.

“There were a lot of changes but thankfully, we are able to travel now.

“Right after they announced the recovery MCO, we searched for hotels, spots and places where we could go.

“It is a much needed break for us, and for me to make up for the honeymoon time my wife deserves,” Mohamad Hazaq said when met on Saturday.

The ban on interstate travel was lifted on June 10, allowing holidaymakers to go on domestic travel and businessmen to travel.

Another local tourist, marine captain Steven Foong, 39, was found enjoying a trishaw tour with his family.

“After the MCO went into recovery phase, the first thing we wanted to do was spend some family time outside and take in the sights and sounds.

“This is one trip where all of us are especially appreciative of the family time we get to spend right now.

“We booked four trishaws for our tour, and we will be going around areas like Esplanade and the heritage enclaves.

“All of us fell in love with the beauty of Penang again even though we live here,” said Foong.

Spotted taking photos with her family and friends in front of Kek Lok Si Temple was Sonia Nair from Kuala Lumpur.

“We decided to come here for the weekend. I am happy and excited that we are finally ‘released’.

“This is my first trip this year and I cannot wait to savour the famous Penang cendol,” the 32-year-old who works in a bank.

“We decided to bring my son to Penang Hill to enjoy the cool breeze. My husband and I immediately applied for leave when the interstate travel ban was lifted.

“We left Kuala Lumpur to Ipoh on Wednesday night to spend a few days with my in-laws before coming here on Friday.

“Although we cannot use the public pool at the hotel, my son was very happy that he could play in the bathtub,” she said.

“We will adhere strictly to the standard operating procedures and modify the process to cater to larger crowds.

“We are prepared to modify the SOPs according to requirements and guidelines given.

“We will need to speed it up as we have a lot of hikers coming since it is allowed on June 6.

“We had around 100 hikers on the first day and the number has been increasing.

“Since interstate travel is allowed now, we have tourists from as far as Johor coming again,” he said.

Cheok added that the funicular railway coach capacity was now limited to only 30 visitors instead of the maximum of 100. 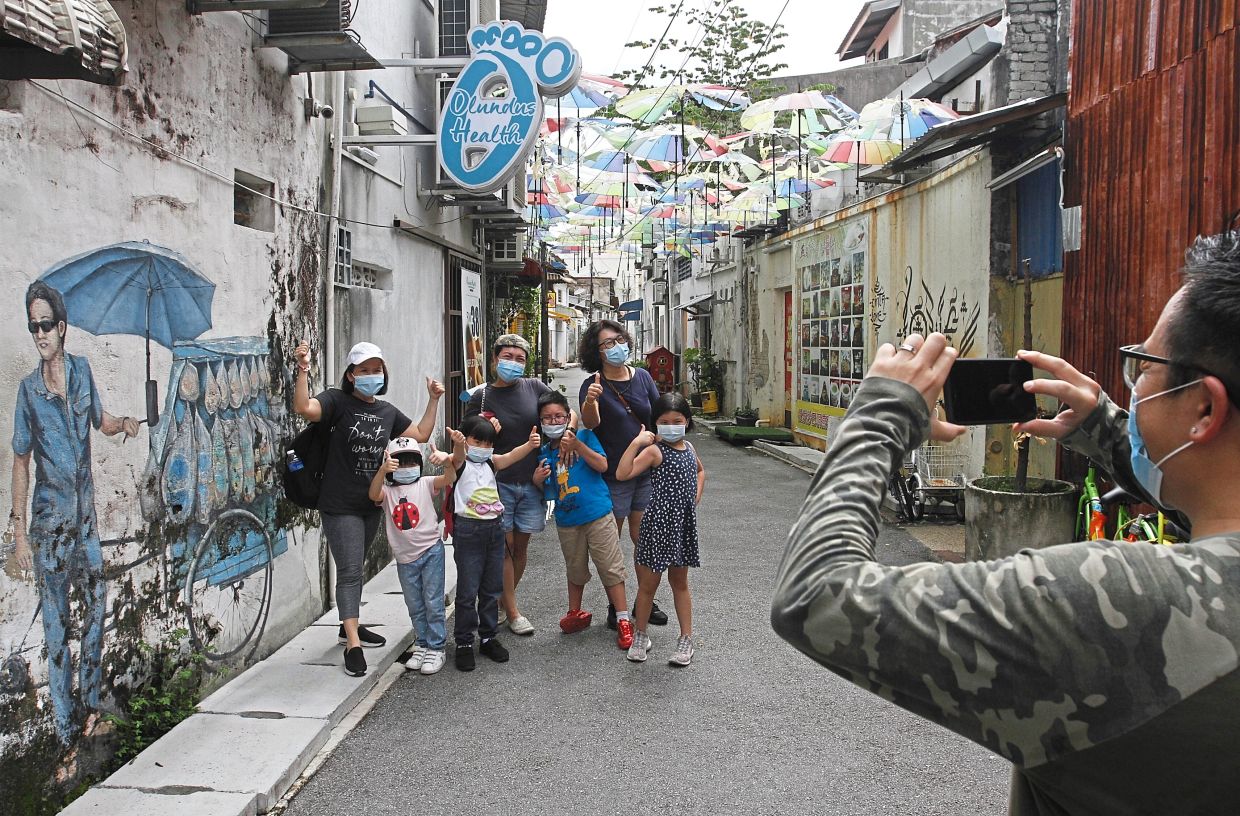 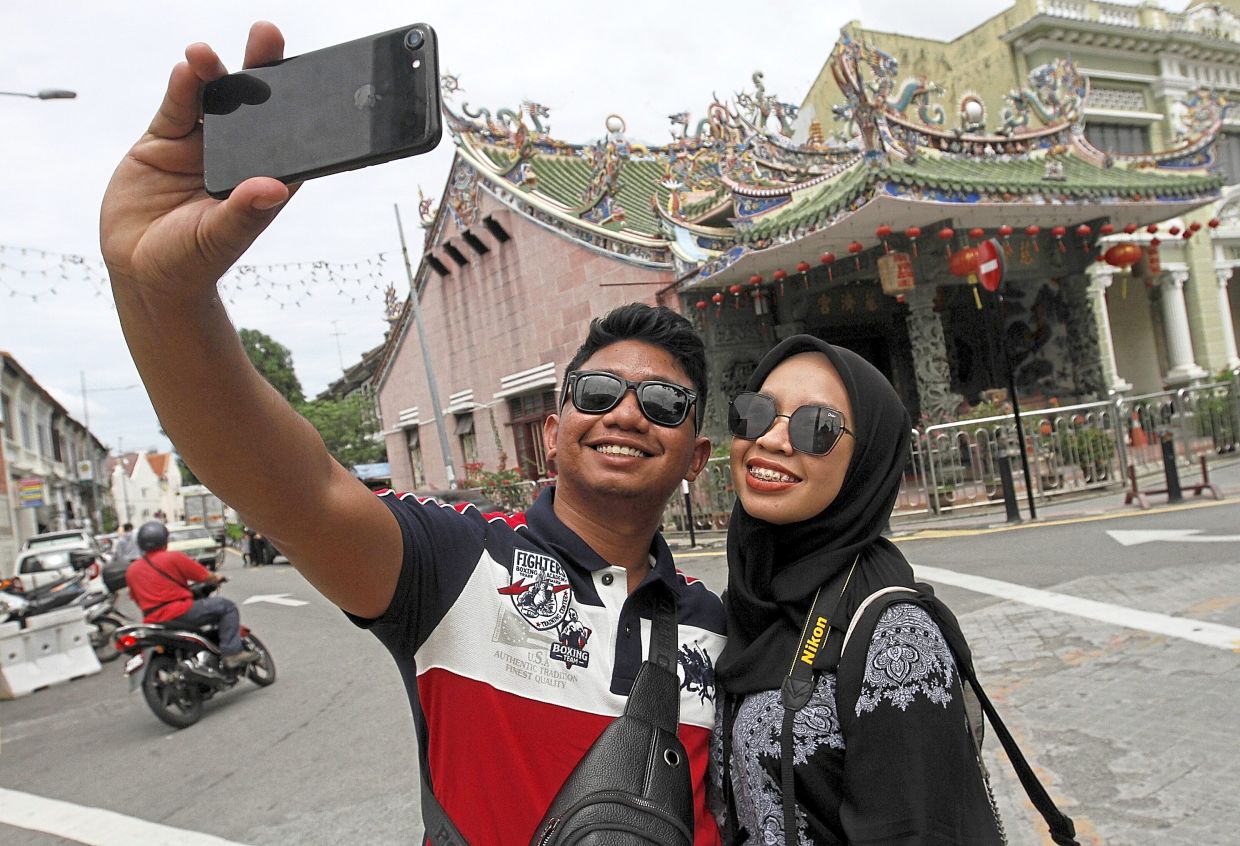 Penang resident Foong taking a photo of his family at Armenian Street during a weekend tour of his home state.