Reezal Merican (left) outlining his vision to The Star’s Imran Hilmy. This photo was taken before the MCO.

IT looks like the new Youth and Sports minister has his work cut out for him but Datuk Seri Reezal Merican Naina Merican is taking everything in his stride.

As Malaysians enter the recovery movement control order period, he is planning to reignite the Malaysian sports scene after a three-month hiatus.

Here’s some of the ideas the 47-year-old minister managed to share with The Star on his goals and aspiration for Malaysian athletes and of course, our nation’s dream of bringing home elusive Olympics gold medals from Japan next year.

What is your main goal for youths and sports in Malaysia?For youths, there will be five priorities: education and skills training, entrepreneurship, patriotism and identity, leadership and volunteerism and civil society.

In sports, the Podium Programme of high performance training for 2021 Tokyo Olympics, 2021 Asian Games and 2022 Commonwealth Games will be the focus.

Post Covid-19 sports training. Any update from the ministry? Target for Olympics?I would like to touch on our potential of getting our first Olympic gold medal.

Cycling can deliver the gold through Azizul Hasni Awang and badminton through Lee Zii Jia as well as our mixed doubles teams.

We also have our paralympic athletes. They got the gold medal in their last outing.

We started with our Road To Tokyo badminton training on June 2.

People are saying that the ministry should be helmed by someone younger, that you as a 47-year-old are not the best option. What do you think?Singapore’s Culture, Community and Youth Minister is 55 years old, Indonesia’s is 57, Thailand’s is in his 60s. My counterpart in Japan is almost 59 and the one in South Korea is 61.

So that makes me the youngest youth minister in the region.

Racism in sports, particularly football. Several Selangor players were racially abused on social media recently. How do you plan to prevent this?That was an isolated case by netizens.

I will advise sports organisations to develop awareness campaigns to promote the sporting spirit.

Even in the FIFA Statute, there is a specific provision on preventing racial sentiments that FIFA affiliates including FAM must adhere to.

Sports in Malaysia tend to be race-based. For example, Malays are in football and sepak takraw while basketball players tend to be Chinese. The divide is clear and does not represent our multiracial society. Do you agree?Correct. But this is slowly changing. For example, basketball has a new place in full-boarding schools.

There is a highly competitive championship among full- boarding schools. Some of these schools compete against Chinese vernacular schools.

We will practise a more holistic and inclusive approach without racial sentiments.

The 1Murid 1Sukan programme was never implemented based on race.

Your take on keeping politics out of sports bodies and associations?

What matters is the good governance of sports associations. If there are people who can govern them well, whether or not they are politicians, then that’s all that matters.

Millions have been spent on football development but we still lag behind our rivals Singapore and Thailand.

My honest answer is that I can’t do miracles. In the FIFA rankings, we are actually doing better than Singapore. Yes, it is true Thailand ranks higher than us; Vietnam too.

We have a national football development programme and have had some success. The Johor Darul Takzim (JDT) football team recently defeated the South Korean Suwon Bluewings.

Teams from Malaysia are competing with big clubs from Asia.

The Kedah football team is competing in the AFC Champions League.

Our football programme has about 12,000 players under 610 experienced coaches all over the country.

We need to give more time for these talents to shine.

Youths form the biggest block of voters in the next general election. What are your plans for voting youths?

The decision to lower the voting age to 18 was a bipartisan achievement. It was not the product of Pakatan Harapan. We wanted youths to be decision makers. But the political maturity and literacy of youths is currently seen as low.

Reaching out to the five million new voters must be done so that they can be part of the democratic system.

What is your vision in making Malaysia a better place for all of its citizens regardless of race and religion?When there was a group who created the ‘Malaysia Baru’ phrase, it seems to me like a departure from the ‘original’ Malaysia.

The three major races have their own rights. The Malays have their rights without denying the rights of Chinese and Indians.

Also, the framework of the Malay Rulers is the crux, the important pillars of how Malaysia was founded.

So when there was an attempt to change the ‘original’ Malaysia, there was resentment from the Malays. We don’t have to be apologetic about this.

It will not become a hindrance, not a problem at all for all of us to enjoy prosperity with the Chinese, Indians and others.

Yes, I would love to see race and religion politics gone but realistically, it is not about to happen yet.

The race composition in Perikatan Nasional looks unbalanced. Critics have said that rather than a coalition for all, the pact is too Malay-centric and thus has created fear among non-Malays. Can you comment on that?The prime minister has stated that the Government will come out with a new deal. We are going to bind ourselves to the rakyat. We are from the rakyat and for the rakyat.

The important part is what we want to offer will be doable. We don’t want to repeat the mistake made by the previous administration.

All this will be a tough challenge for the Government. But I am confident that the prime minister has his own formula to get the “buy-in” from the rakyat. 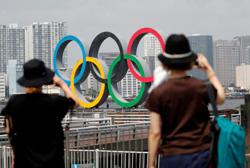 The strength of hope: the long wait for the Olympics in Japan 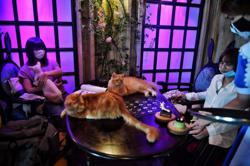 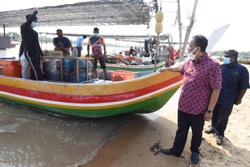 Stop politicking and give undivided support to govt, says Youth and Sports Minister