Since March, the volunteers have sewn over 1,000 of the essential gear and the entire operation is currently based in a sewing facility at Kuala Lumpur Community Development Department (Kemas) in Sri Batu, Sentul.

“While it may seem that we are reaching the end of the pandemic in the country, we cannot be sure of what may happen in the future.

“This sewing project will help with our stockpiles and also as a way to engage our volunteers and the community to work together in battling this pandemic, ” she said.

She explained that what started out as a project to assist the Klang Health District Office in March quickly grew into a bigger operation.

“When the medical personnel at the district office started sewing their own PPE, we deployed volunteers to assist in the sewing. 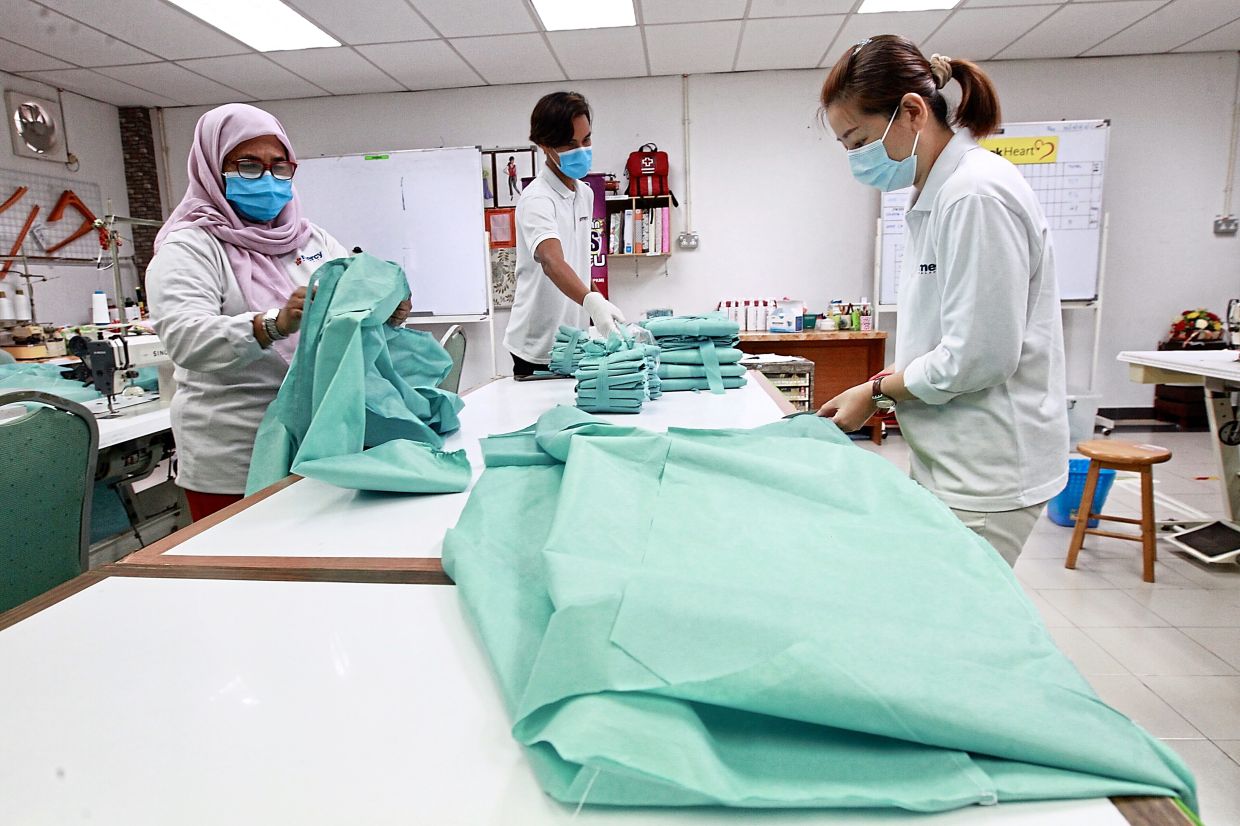 “However, the project came to a close in April when the staff returned to their medical duties.

“The project found new life when Kemas offered their premises in Sri Batu, ” she added.

Apart from the use of its sewing room and 17 industrial sewing machines, Kemas also provided free hostel and use of its dining room to those involved in the project.

Kemas director-general Datuk Mohamad Yasid Bidin commended the volunteers for their initiative to spearhead the project even during the movement control order (MCO).

“As the main agency tasked with community development at the grassroots level, Kemas has been conducting classes such as sewing, baking and cooking over the last two decades.

“With these classes being closed due to MCO, we were happy to have Mercy Malaysia utilise our space and equipment as part of their pandemic response plan, ” he said during a working visit to the facility.

The project was also supported by Maybank Heart which provided an initial funding of RM4mil as well as materials for the volunteers to sew.

During the visit, Mercy Malaysia donated hand sanitiser and face masks to Kemas that would be used by staff when it reopened its childcare centres. Myanmar: Govt happy to work with UN and announce buying protective equipment from China for elections