The state museums in Lebuh Farquhar (above) and Macalister Road will remain closed for restoration works.

PENANG State Art Gallery (PSAG) is set to reopen more than two months after it closed.

“The ground and third floors of the gallery at Dewan Sri Pinang will be operational for four days a week on Mondays, Tuesdays, Saturdays and Sundays.

“Visitors can be there from 10am to 4pm. The gallery will be closed on public holidays, ” he said in a statement.

Yeoh said that in line with the recommendations by the Health Ministry (MOH) and National Security Council (NSC), every visitor will have to adhere to the guidelines and standard operating procedure (SOP) set by the gallery’s management. He said the minimum age for visitors is 13 and the maximum is 60.

He said the interactive section at the exhibition area of the gallery would be closed and gallery personnel would be present to control the movement and behaviour of visitors.

Yeoh added that visitors are prohibited from using the equipment at the exhibition area.

Other conditions imposed include the wearing of face masks, temperature checks at the main entrance and social distancing.

Yeoh said workshops, art demonstrations and other events that involved mass gatherings would not be allowed.

“The total number of visitors at any one time is eight people only and the visiting duration will be limited to 30 minutes, ” Yeoh added. 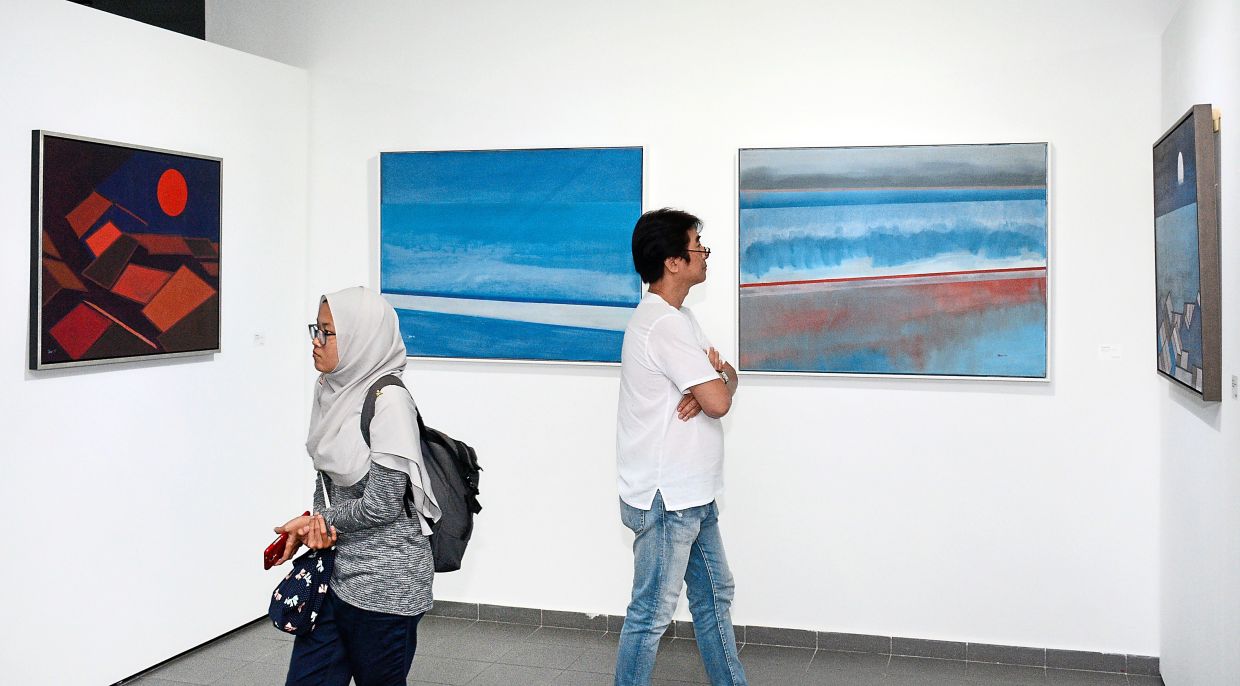 Guests admiring artworks at an exhibition held at the Penang State Art Gallery a few years ago. — Filepic

Yeoh said the two state museums in Lebuh Farquhar and Jalan Macalister would remain closed for restoration works which is expected to be completed next year and in 2022 respectively.

PSAG was closed on March 16 due to concerns over Covid-19.

On another matter, Yeoh said hotels can now accept guests from green zones under the newly released guidelines from NSC.

He said the guidelines allow the opening of hotels in stages and guests from green zones can now be accepted besides guests from important services like oil and gas as well as airlines plus guests holding periodic contracts with the hotel, frontliners. professionals and others.

“The use of facilities is still not allowed. This includes buffets at restaurants, lounges with live band performances, spas, gymnasiums and pools.

“Patients under Investigation and Persons under Surveillance are not allowed to come to work, as determined by MOH, ” he said.

Yeoh added that hotels need to prepare and display guidelines of Do’s and Don’ts at visible and strategic places of the hotel for employees and guests.

Yeoh previously proposed a ‘travel bubble’ of green zones as one of the gradual approaches towards interstate travelling.