Yip sorting out the electrical appliances damaged by floodwaters.

JOHOR BARU: Residents in Johor Jaya and Plentong were hit by flash floods following a downpour, with many suffering monetary losses.

Sales executive Romiko Ronaldo Ady Basirman, 33, whose house in Kampung Plentong Baru was inundated by floodwaters, said he estimated his losses at about RM30,000.“About 85% of my house has been damaged by the floods. All my furniture and electrical appliances are beyond repair, ” he said.

Photographer Tan Horng You, 33, who lives in an apartment complex along Jalan Masai Lama, said flash floods were a regular occurrence in the three years he had been staying in the area.

“Every time it floods, we face traffic congestion, stalled vehicles and even accidents in the area, ” he said.

Ron Lee, 68, who manages a restaurant here, said his motorcycle and the restaurant’s refrigerator were damaged in the floods.

“The restaurant was also muddy and in a mess, with so much of cleaning to do, ” said Lee.

“The carpet at the entrance was washed away about 1km down the street, ” she said, adding that electrical appliances were also damaged. 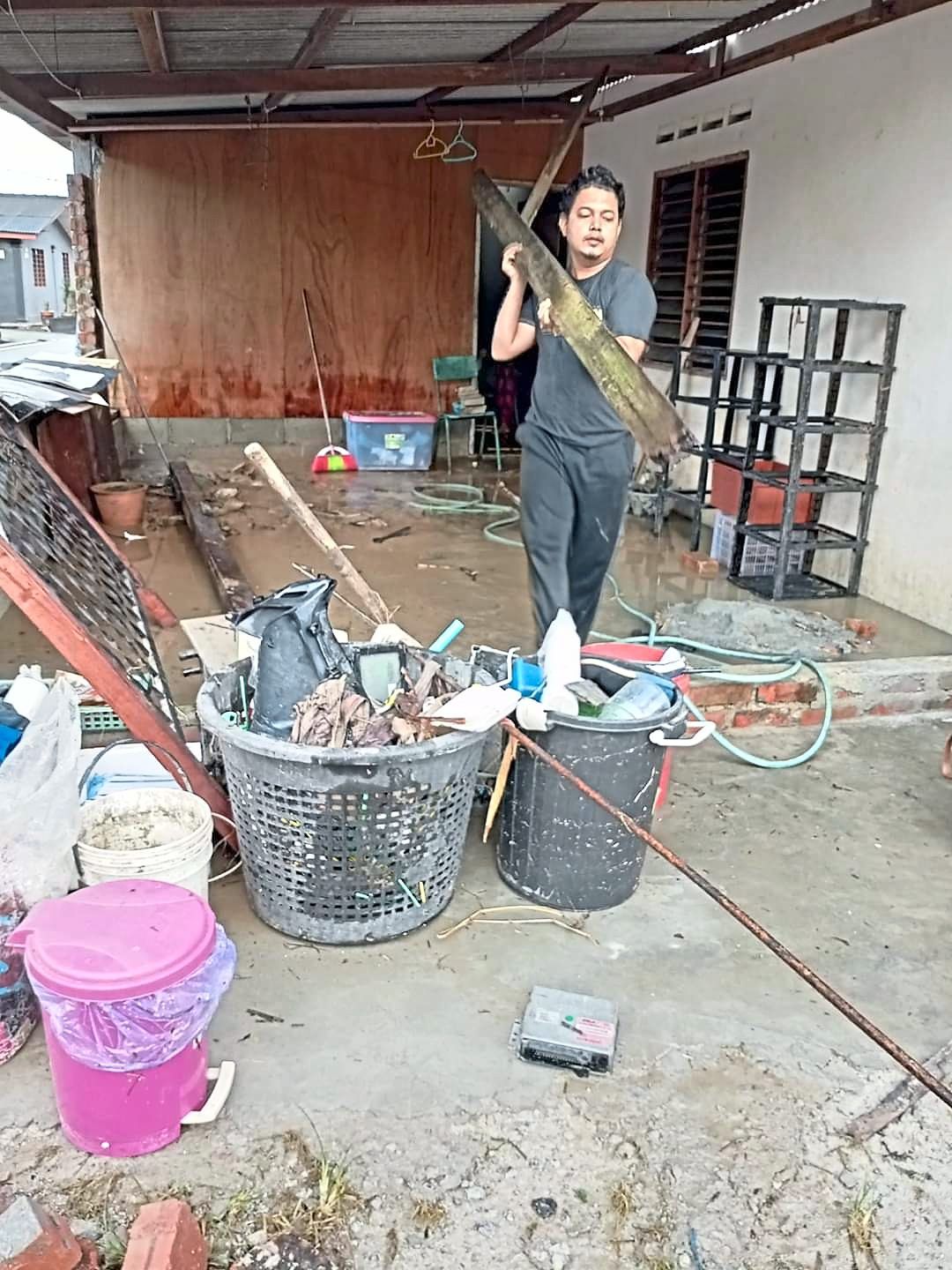 Romiko cleaning his house in Kampung Plentong Baru after the flash floods.

Hardware store manager Lee Hwa, 76, who has been operating the shop along the street for 25 years, said he had been keeping a record of every flood.

“The floods this time was unexpected. Luckily, the store is raised and floodwaters did not come in.

“Only my car parked outside was damaged, ” he said.

Lawyer Chris Tia, 40, who has an office here, said that after 15 years of constant flooding, he was fed up and planning to move his business elsewhere.

“I have gone through many floods, and have put up a barricade at the entrance to stop floodwaters from damaging documents and other items, ” he added.

Pasir Gudang MCA chief Tan Tuan Peng, when contacted, said the floods were due to a damaged water retention pond in Plentong.

“The wall of the retention pond has a massive crack, causing drains to overflow in a downpour and flood the area, ” he said.