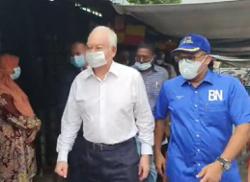 Operators are hoping business will pick up at Precinct 2 Food Truck Hotspot in Putrajaya, which has reopened to customers since Friday. — SHAARI CHEMAT/The Star

IT IS slow-going for food truck operators in Putrajaya after resuming business on Friday.

Nevertheless, the operators are grateful to Putrajaya Corporation (PjC) for allowing them to trade at Precinct 2 and Precinct 14 food truck hotspots beginning June 5.

“Usually we have 13 operators at each site daily from 5pm to midnight.

“Since only seven operators are resuming business, we have decided to operate in one location. The operating hours are from 4.30pm to 9.30pm.

“I think other food truck operators are reluctant to open because they do not foresee making much and that business will be slow.

“Before the movement control order (MCO), both hotspots would be packed with customers.

“We usually set up 60 tables at each venue which could seat four persons comfortably per table.

“Now, we only have 20 tables at the Precinct 2 hotspot which can seat two persons per table but there are still empty tables,” she said.

Azairul, who sells western food from her Kelantan Fried Chicken Food Truck, said they were badly hit because their locations were far from residential areas.

“People are reluctant to drive out to look for food. I have been able to survive because I was hired by a company to provide food for its workers daily during MCO.

“After the government allowed food trucks to operate, PjC gave approval for three food trucks to do business at Precinct 9 Recycling Centre, which is closer to the housing area. Those food truck operators have chosen to remain there for now.

“We hope more people will come and support us and at the same time, adhere to the standard operating procedures that we have put in place,” she said, adding that on average, they were only making 10% of their pre-MCO profits now.

Lano’s Food Truck co-operator, who only wanted to be known as Lan, said they only managed to make 2% of their usual sales.

“I have a job and my wife is actually the one who runs the food truck, but I have been helping her because she is pregnant.

“Sales are almost non-existent. My wife had three workers, one resigned and another was let go. Only one worker is helping with the service now.”

Grab and Go Food Truck operator Suhaili Ishak, 44, who used to sell a variety of drinks, said she had to resort to making tau fu fa instead because people did not want to buy drinks.

“My husband has his own food truck business selling drinks, so both of our incomes have dropped,” she said. 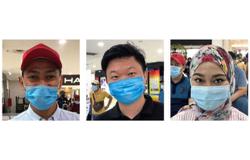