A passer-by stopping to take photos of the flowers of the baobab tree on the traffic island between Jalan Residensi and Jalan Macalister in Penang. (Right) A worker cutting weeds near the baobab tree. — Photos: CHAN BOON KAI/The Star

BELIEVED to be the country’s oldest planted tree, the 149-year-old baobab tree on the island between Jalan Residensi and Jalan Macalister is among the most unusual looking trees in Penang.

And with it flowering now, the tree gives off an exotic appearance as its white flowers with large crinkled petals and big cluster of stamens can be seen dangling from its branches on long stems.

Arborist Mohd Dzikry Mohd Hydzir, whose company helped revitalise the tree about five years ago, said he was happy to know that it was doing well.

“It was malnourished because of lack of nutrients, so we gave it fertilisers and pruned off excess branches.

“The Penang Island City Council (MBPP) then continued the effort to upkeep it and its surrounding. 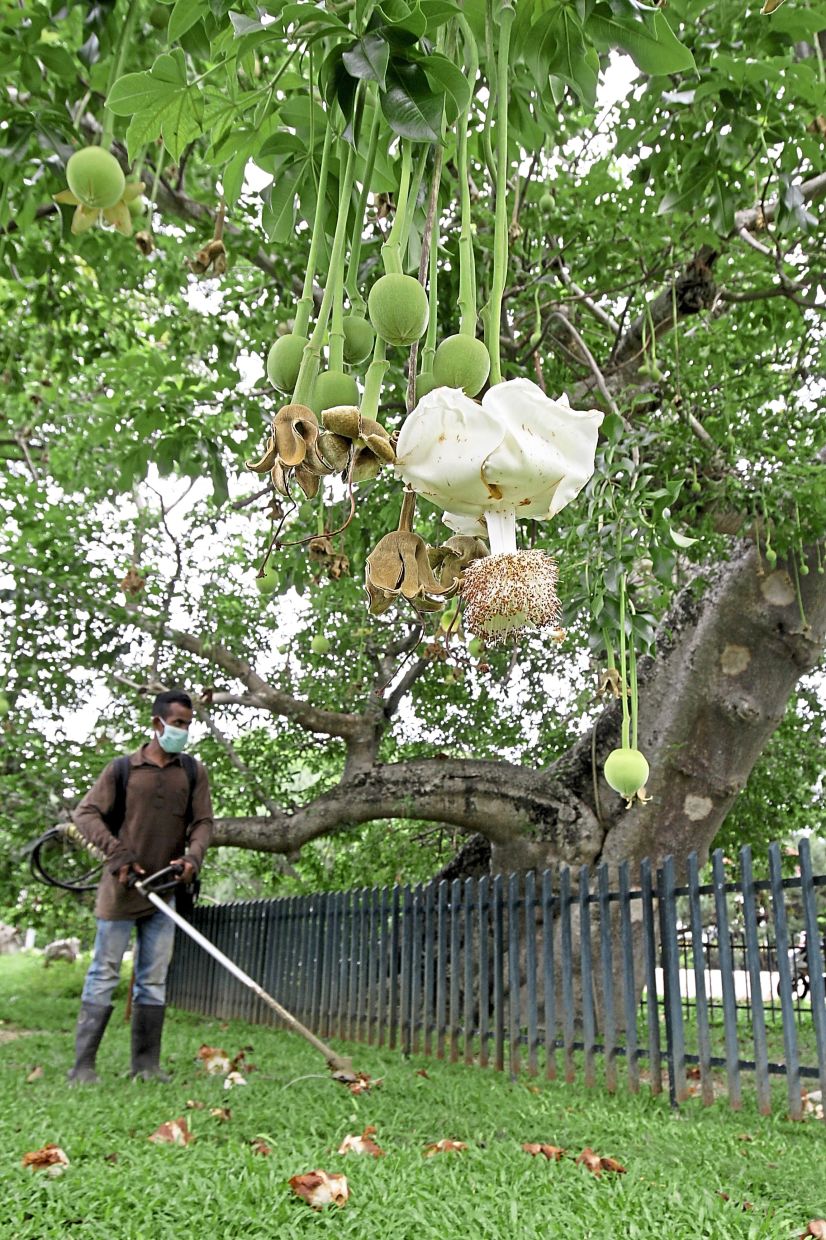 “The tree now flowers twice a year, each time taking several days to bloom and the flowers staying for a week before they wilt and fall, ” he said.

Mohd Dzikry said three other younger baobab trees on the island, which were planted from the seeds of the 149-year-old baobab tree, could be found at the roundabout outside Penang International Airport in Bayan Lepas, traffic garden in Jalan Nirvana and at the MBPP nursery in Persiaran Kuari.

The tree, a native of Abyssinia, was planted in 1871 by Tristram Charles Sawyer Speedy (better known as Captain Speedy), the English explorer who was hired by Perak warrior Tengku Mentri Ngah Ibrahim to quell the restive situation in Larut.

Baobabs are low spreading trees with flowers that are pendulous and white. The tree, a native of the semi-arid part of sub-Saharan Africa and Madagascar, is known to live up to 2,000 years old and its fat bottle-shaped trunk becomes hollow as the tree ages. 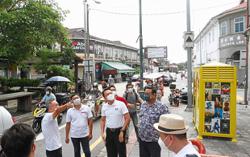