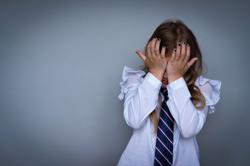 Vimala and her team of volunteers have distributed 11,800 packs of disposable sanitary pads to women in people’s housing projects since April 21.

SANITARY napkins are part and parcel of womanhood. And when it comes to this delicate matter, hygiene is of utmost importance.

But for the poor like Reka Subranasan, who can barely stretch the household income to put food on the table, the sanitary napkins seen as a basic necessity to most women, take a back seat.

For Reka, regular pad changes are a luxury, especially in these current times.

Her husband, Pathmanathan Krishnan, 40, is the sole breadwinner of the family and works as a security guard at a bank.

Due to the movement control order (MCO), Reka said revised banking hours meant that he only needed to go in on alternate days and was no longer able to earn extra from overtime.

Where Pathmanathan used to be able to earn RM2,800 a month, he is now bringing home less than half. His last pay was only RM600.

“The priority now is making sure there is milk for the baby and food for our children,” said Reka.

Meanwhile, where her feminine needs were concerned, Reka said there had been times when she used a disposable pad for much longer than advisable.

Stories like hers have become common for Vimala Kanaga-ratnam, 49, since starting a project to distribute donated disposable sanitary pads to zero-income women in people’s housing projects.

Calling it Project Red Dot, the effort is made possible by Vimala’s experience as a digital marketeer.

She started the project on April 21 after receiving a call from a single father saying he needed sanitary pads for his daughter.

Since then, Project Red Dot volunteers have distributed 11,800 packs of disposable sanitary pads to women at nine people’s housing projects (PPR) in the Klang Valley and low-cost flats in Selayang, Kuala Lumpur.

“That a pack of disposable sanitary pads is only RM3.90 for a pack of five may not sound much to those who can afford it.

“For zero-income women who are struggling to buy a bag of rice, those pads are a luxury, especially when there are two to three women in a family.

“We have to bear in mind that some girls start their menses from age 12, which means many of them are schoolgoing children who are still dependent on their parents,” said Vimala, a single mother of two.

At a recent visit to the PPR Lembah Subang, the work-from-home mum revealed how zero-income women had been coping with their menses during the MCO period.

Housewife Umamagesvari Saminathel, 40, one of the project’s beneficiaries, said she had been using cotton face towels folded in layers to stem menstrual flow for herself and her daughter.

“This was the common practice when I was growing up so I could accept it. But my daughter, who is only 14, is not used to it.

“The towels are washed and sterilised with salt before we reuse them,” she explained.

Her daughter has complained that the towels smell musty as they are usually dried indoors.

“We do not want to hang these towels outside in public,” added Umamagesvari.

Jeya Letchumy Suppiah, 40, who collects metal scraps for a living, said the most common solution for the impoverished was to use folded pieces of cloth cut from old garments and torn pillow cases.

“Some have resorted to newspapers and toilet paper but they disintegrate easily when wet and are not absorbent enough,” she said.

Though it had been suggested that Project Red Dot should get recipients to consider reusable pads which were washable, Vimala said not many women were comfortable with the idea.

“We will need time to educate the women on the hygiene aspect first before reusable pads can be distributed. So until time permits for this, we will put this idea on hold,” she said.

She pointed out that some hardcore poor households did not even have water supply, let alone be able to afford detergent at this point.

There seems to be one silver lining emerging from the challenges in these strained times.

Vimala said based on volunteer feedback, menstruation was no longer viewed as a taboo subject by many.

“Half of those who seek our help are males for the female in their family and 25% of our donors are men.

“It is no longer viewed as ‘just a female problem’. This is because men are becoming more aware that hygiene is important during menstruation as it can affect the health of their wives, daughters, sisters and even mothers,” she said.

But this has not stopped cyber trolls from viralling her contact number and profile photo. They would call her and question why she was touching on such a private matter, while some would call her shameless and seeking cheap publicity by posting online photos of the women who had received donated sanitary pads from her volunteers.

“It shook me. For a few days, I did not dare answer my phone,” she recalled.

But requests for help continued to pour in through her social media page. Not wanting to let her team and recipients down and with encouragement from friends, she forged on.

“Now that I am more centred, I would say to them, ‘What is so bad about what I am doing? After all, menstruation is part of a woman’s reproduction process. This is a fact of life we must all accept.”

She added that the posting of recipients on her social media page was a way for donors to keep track of their contributions.

Project Red Dot, which currently has 10 volunteers, does not accept cash.

Donors are to make their purchases through any online vendor and have the sanitary napkins delivered to an address located in Brickfields, Kuala Lumpur.

From there, Vimala will organise distribution to recipients with help from project volunteers.

She asserted that the pads were not given out at random but was based on real need.

She said Project Red Dot distributed the item based on a name list provided by heads of PPR residents associations identifying poverty-stricken families.

Once the MCO is lifted, the project intends to advance with awareness programmes on sex education as the team has reported a number of teenage pregnancies among recipients.

“A syllabus is being planned out for this purpose.

“There is cause for concern here as I have been told that many of these teenage mothers, due to lack of education or fear, do not register their babies and that will result in documentation and citizenship issues in the long run,” said Vimala.To help Project Red Dot, go to