THESE are extraordinary times. The Covid-19 pandemic has left the global economy bleeding. And it is no different with the sporting industry.

Global sport came to a standstill with hardly any competitions being played, thus businesses involved with sports are struggling.

Badminton and futsal courts are among the no-go areas in the current situation, so it is no surprise that operators are finding it hard to stay afloat.

Michael’s Badminton Academy director Lee Pui Yee said that although many businesses were slowly reopening under the conditional stage of the movement control order (MCO), most sports businesses had to remain closed due to social distancing rules.

“So we have taken a direct hit from this global health crisis.

“It has affected us badly and put a strain on our finances,” she lamented.

The academy has 12 badminton courts at its centre in Bukit Puchong, Selangor, while the centre in Port Dickson, Negri Sembilan houses 18 courts.

“Right now the courts are empty because people are not allowed to play sport in indoor arenas during the MCO.

“So we offer virtual classes that promote engagement between our coaches and the academy’s trainees.

“A workout regime is also provided to keep our players in shape and motivated,” said Lee.

As for public bookings and training sessions affected by the MCO, she said they would be respectively brought forward and replaced.

“The safety of our customers and trainees is a priority.

“We are preparing for our eventual reopening by taking precautionary measures.

“Among them is ensuring social distancing with our courts placements approximately 1.5m distance from one another and we have plans to conduct sessions in a smaller or reduced group size.

“We are a small establishment that had to face a total shutdown since March 18 and this means zero income until next month,” he said.

“Fortunately we have low overheads and only a couple of staff to worry about. And they get aid from the Government.

“Also on the positive side, we have not used any utilities and our landlord is giving a 50% discount on the premises’ rental for two months.” He added that with the futsal court being located in a small city, their customers usually paid cash when they showed up so there was no issue with refunds because they did not have any advanced bookings.

Moving forward, Daljit is eager to find out the standard operating procedures for futsal courts once the movement restrictions have been lifted.

“Depending on whether it is peak hours or not, we charge RM55 to RM65 per game. The rate is considered low, so it will be tough to offer discounts especially since we have to sanitise the courts after every game, which will require extra labour and cost.

“We also have to take into account that the public will be wary about coming to possibly crowded places and play in big groups even after Covid-19 has abated,” he said.

He foresees that the business will take a few months post-MCO to bounce back.

Business has definitely been badly hit for Ng Hock Seng as well. He owns a sports centre that has eight badminton courts, a retail outlet and offers coaching lessons in Taiping, Perak.

“Yes it has been a terrible past two months. I am worried for the future of my business.

“I understand the strict rules in the current situation and am not against the regulations.

“But businesses like mine are in dire need of assistance or some sort of waiver from the Government once the MCO is lifted.

“I am ready to adhere to safety procedures and cannot wait to kick-start the business again.

Ng is thankful that the owner of the property has reduced his rent by half, from RM6,000 to RM3,000 a month. 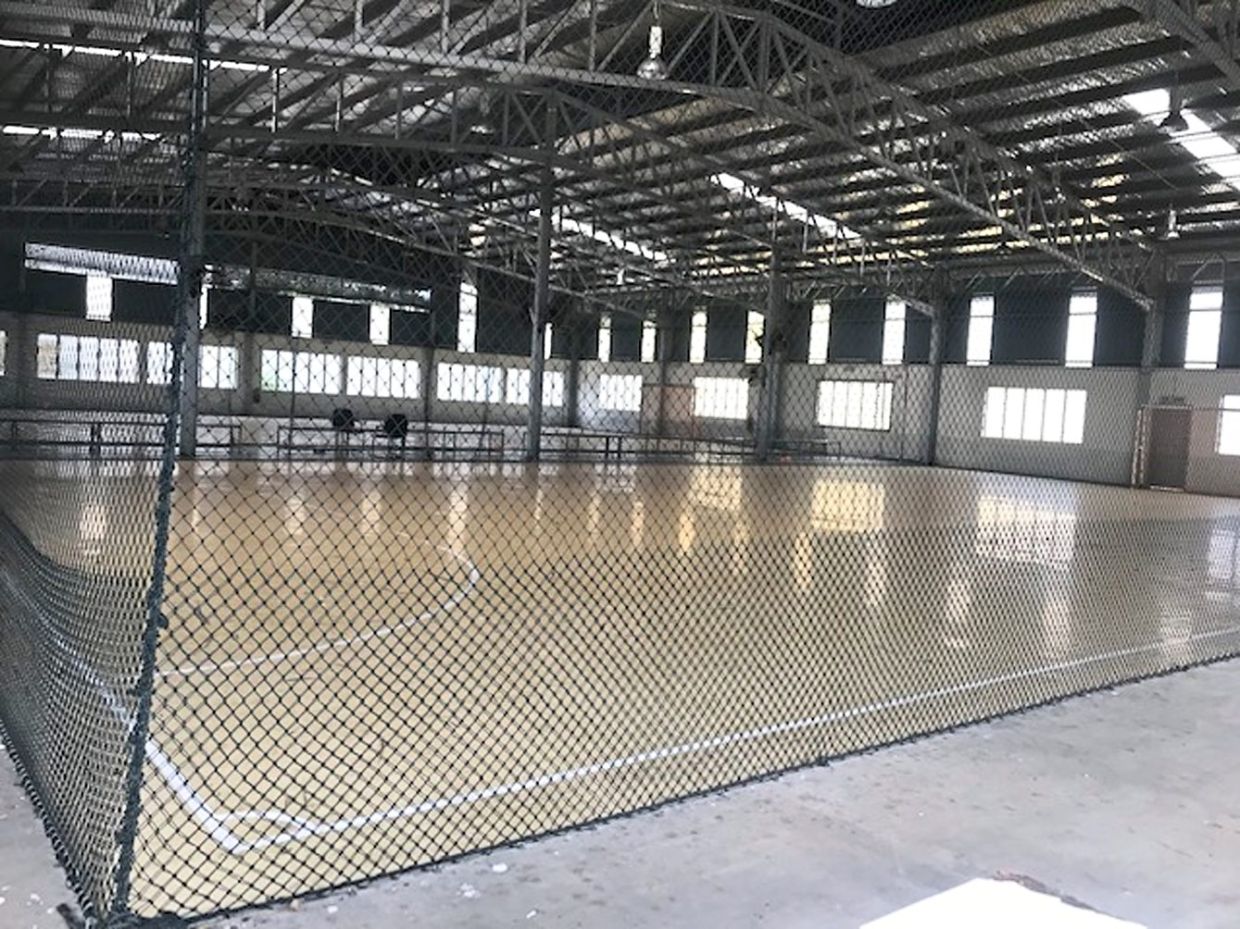 These are tough times for futsal courts like this one in Taman Permai, Seremban as group sports activities are still banned until today.

Lee: A workout regime is given to our players to keep them in shape and motivated.

Daljit says his customers usually paid cash when they showed up so there was no issue with refunds when the futsal court had to close for MCO.