THE ongoing movement control order (MCO) put the brakes on the livelihood of many people, including musicians.

However, many of them have proven to be resilient by finding ways to make the most of the change in their circumstances.

Delivering fresh kampung chicken via an e-commerce platform, selling art, starting a food catering business from scratch and helping distribute aid to the needy are among ideas musicians have explored after the live entertainment scene lulled into a comatose state due to the MCO.

“No one in the live performance circuit has worked since March 18, when the first phase of the MCO was enforced, ” said singer Lyia Meta. Lyia’s portrait of herself and her husband Zack.

Industry practitioners anticipate that signs of revival for the entertainment scene can only take place when the government gives the green light.

“I foresee that we can return to performing after the schools and places of worship are allowed to open, ” said Lyia.

But far from being idle, Lyia has quickly adapted to the situation by falling back on painting – her other talent.

“I am now relying on my paintings for a living, ” said Lyia, who paints on canvas as well as glass, guitars and fabric.

Her last exhibition was in March at Menara Maybank with other emerging female artists in conjunction with International Women’s Day.

She also illustrated the book cover for So You Think I’m Funny - Tun Dr Mahathir Mohamad by Bernice Narayanan when it was released in 2018. 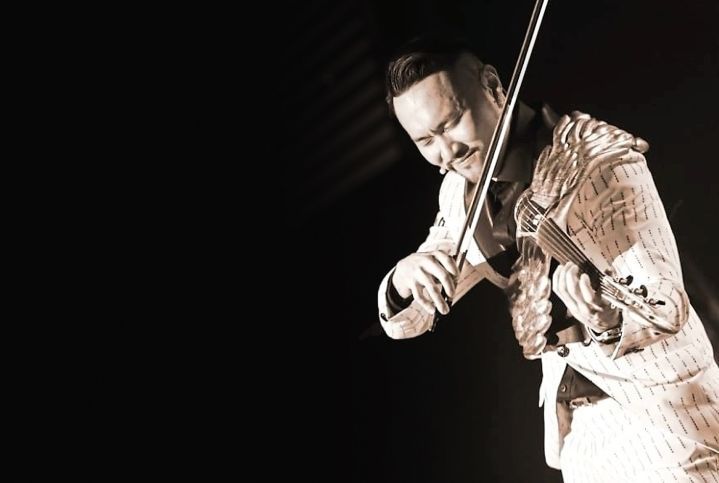 Lau says entertainers can look at other alternatives, such as giving online classes, to stay relevant.

Another musician who has switched to other avenues of income is violinist Dennis Lau, who began building an e-commerce business delivering fresh kampung chicken two weeks into the MCO.

“After my last performance in late December last year, I had foreseen that the Covid-19 crisis may hit us.

“So by January, I had cut overheads by vacating the rented office and reducing manpower to only two people.

“I started looking into e-commerce when the MCO was announced, ” he said.

Though music is his first love, Lau said making the switch was necessary for survival. 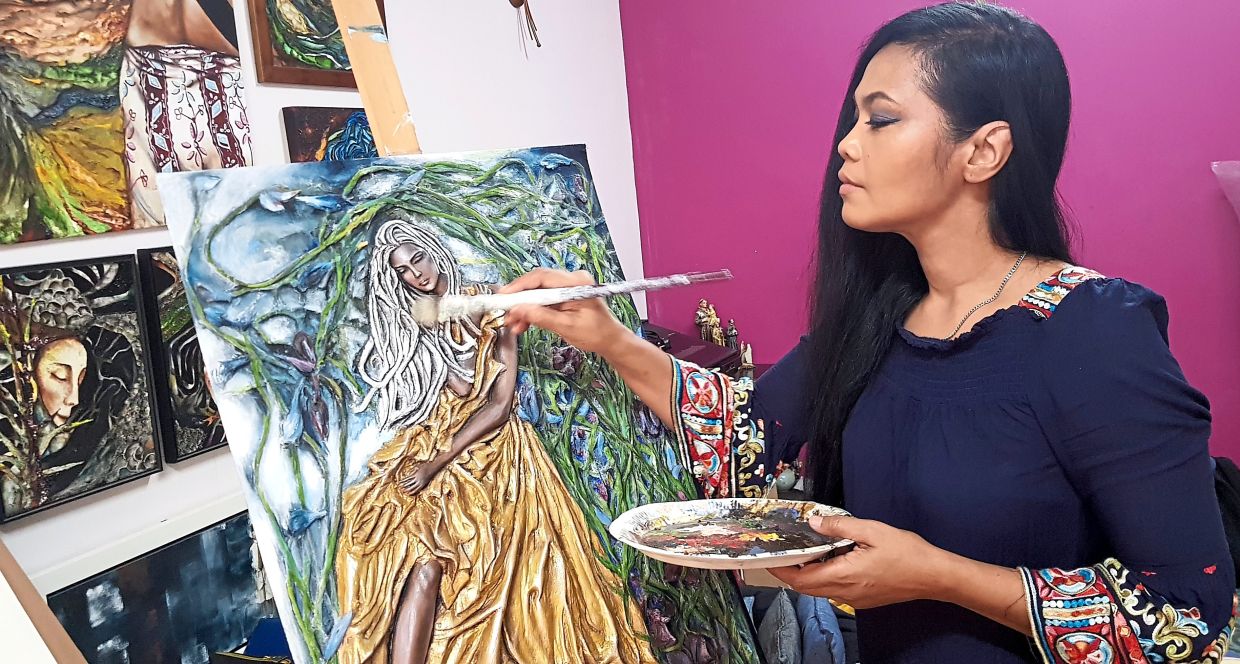 Lyia has taken to painting for a living since the MCO.

“One has to be relevant to the times. The performing arts is not an essential service at this time.

“Even when it becomes relevant again, there will be a lot of competition and a price war may happen.

“The usual payment rates which musicians had previously commanded, may be slashed.

“In the meantime, it is crucial to do something – relearn, reevaluate and remain productive.

“Even if I am earning just RM5 for every chicken sold, it is still money, ” said Lau.

Keyboardist and guitarist Amizan Arifin, who has been performing for the last 40 years, started his own home-cooked food delivery business from scratch. 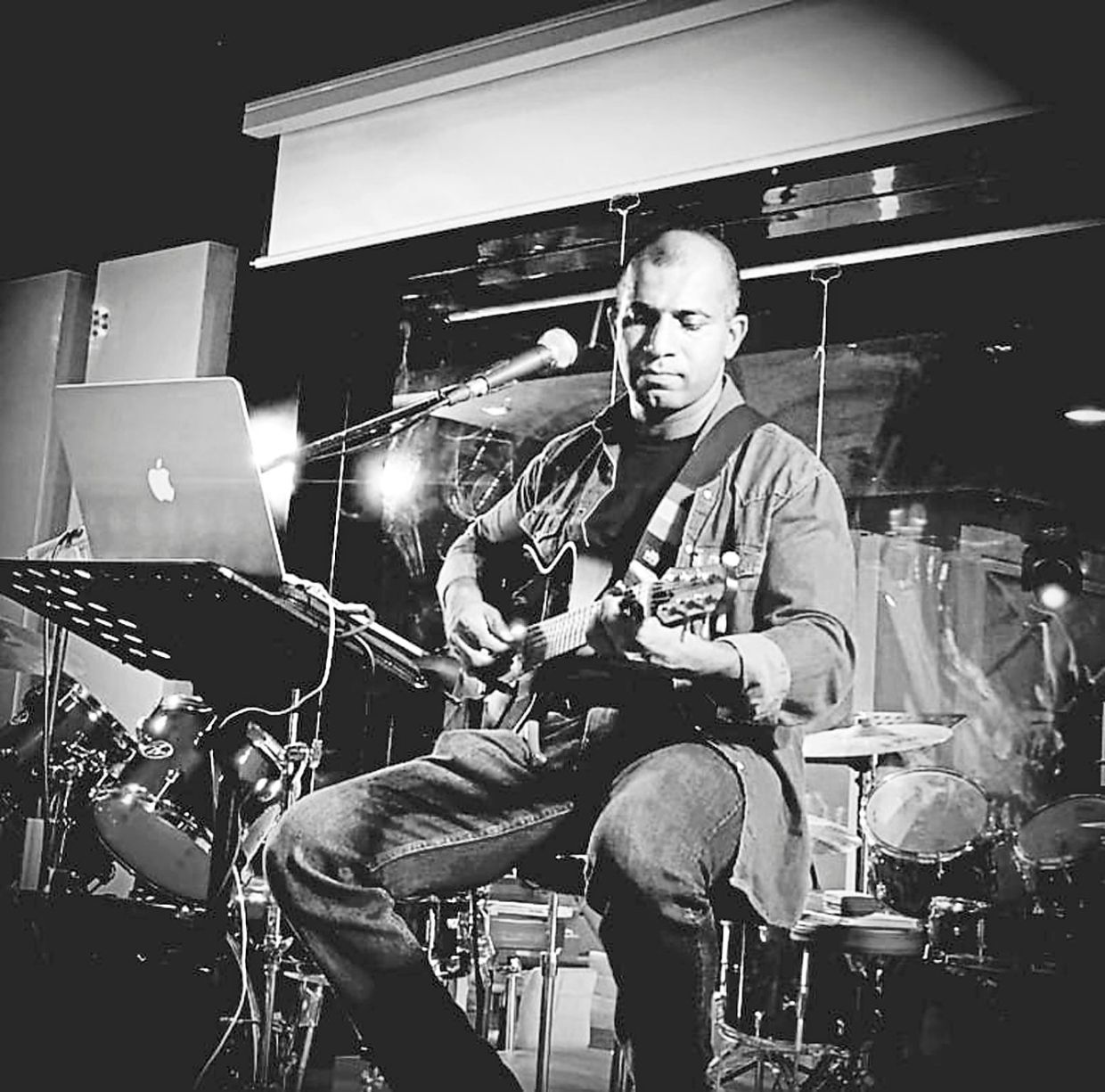 John performing at a venue before the MCO was announced.

He said the biggest hurdle was in overcoming a fixed mindset.

In the past when an income of RM5,000 was not impossible to achieve, the gradual cancellation of gigs and events saw Amizan losing his monthly income.

He even resorted to selling his sound equipment and musical instruments as his savings depleted.

“Friends and fans contributed when we performed online without us asking, and we were thankful for the tips.

“But I knew we could not carry on like that. So my wife and I sat down and worked on some menus, ” said Amizan of his wife Kyra Neng.

Four weeks into his new venture, Amizan now has regulars who place orders for lunch and dinner, no less than four times a week. He has also registered himself as a delivery rider as demand for their food is growing, besides checking out loan packages for SMEs to expand the business.

“I was able to diversify and grow very quickly due to my wife’s fans and friends who started placing orders for her cooking.

“We used to host house parties for musicians and close friends. Many became loyal followers since then and have always been keeping an eye out for her cooking.

“So now instead of playing music, my job is to plan for the next day’s marketing and prepare orders.

“I only take out my keyboard once a week to perform online for Musicians for Musicians Malaysia, a social media site by Persatuan Pemuzik Tempatan Selangor (PPTS), a non-profit body to assist needy local musicians for now, ” said Amizan.

PPTS secretary Lt Col (Rtd) John Sham, who is known as Scratchman John to fans, said the main challenge for musicians now was to create new ways of generating income and making the transition to the digital music platform.

“There is a need for an adaption to performance style, consideration for equipment and a knowledge of software systems so that performers are able to deliver to the viewers’ expectations.

“It is not easy to do a live stream and achieve the same energy and feel of being there in person. But by exploring options on the digital platform, there is hope, ” said John, who served with the Royal Malaysian Air Force (RMAF).

“Musicians must also take the initiative to advance from singing and playing cover songs to coming up with their own original compositions. Amizan, who has been performing for the last 40 years, has started his own home-cooked food delivery business with wife Kyra.

“This way, they can always carry their songs with them and earn from royalty payouts through digital service platforms like Apple Music and Spotify, for example, ” said John.

At the moment, some of the recent initiatives by PPTS is their social media page for performers which has reached out to 200,000 viewers.

On May 13, members formed a band to perform a 30-minute gig from Sound Innovations Studio in Kuala Lumpur which was live streamed over Facebook and YouTube.

The band, MfM Frontliners, performed online in adherence to regulations under the conditional MCO. Even the microphones were sanitised, said John.

The association is also collaborating with We Love, We Care, We Share, a nine-year-old charity organisation founded by sound equipment supplier Ivan Zuzartee to assist stricken musicians in the Klang Valley with food supplies and basic essentials.

“With the closure of pubs, clubs and the cancellation of events and shows, one can imagine the magnitude of struggle for musicians with families, ” said John.

However, fans should not fear that the worldwide pandemic will bring an end to live performances, according to Ricky Lim who runs an event management company.

“Digital platforms will never be able to replace the physical feel of a live concert where the audience can feel the energy and essence of a performer, ” he said.

What event organisers must do is to rethink new ways to engage a performer with his audience now that mass gatherings are seen as a health risk. Lim says there is a need for event organisers to rethink new ways to help a performer engage with his audience now that mass gatherings are seen as health risks.

“A good marketing plan or a good cause to draw audiences to the event is also crucial, ” said Lim.

Through research, he has discovered how European performers have taken to spacious venues where audiences are able to practice physical distancing.

One event in Denmark saw fans of an artiste attending his concert in a large meadow as they remained in their vehicles.

They listened to the performance through their radio in the comfort of their cars. 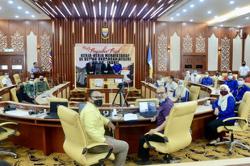