Taking floods in their stride

Creating higher ground: Resident Mazlan Abdullah, 62, showing how he places his belongings on stacked up tables whenever it floods at his house in Jalan P. Ramlee, Penang. — LIM BENG TATT/The Star

MONSOON season or not, residents in Jalan P. Ramlee, Penang, know that if it rains for more than two hours, it is time to stack up the furniture and move their cars to higher ground.

But despite the hassle, those who love living in this central kampung area filled with friendly neighbours do not seem to mind.

“It is common for us, there was over 1m of rain water that day and I hired a few people to help me clean up.

“We can usually estimate it. The moment the rain passes the two-hour mark, I move my car to higher ground opposite my house and take all our shoes upstairs.

“We leave the lower level of our house empty and use it only to hold family gatherings, ” he said at his house in Jalan P. Ramlee on Tuesday. 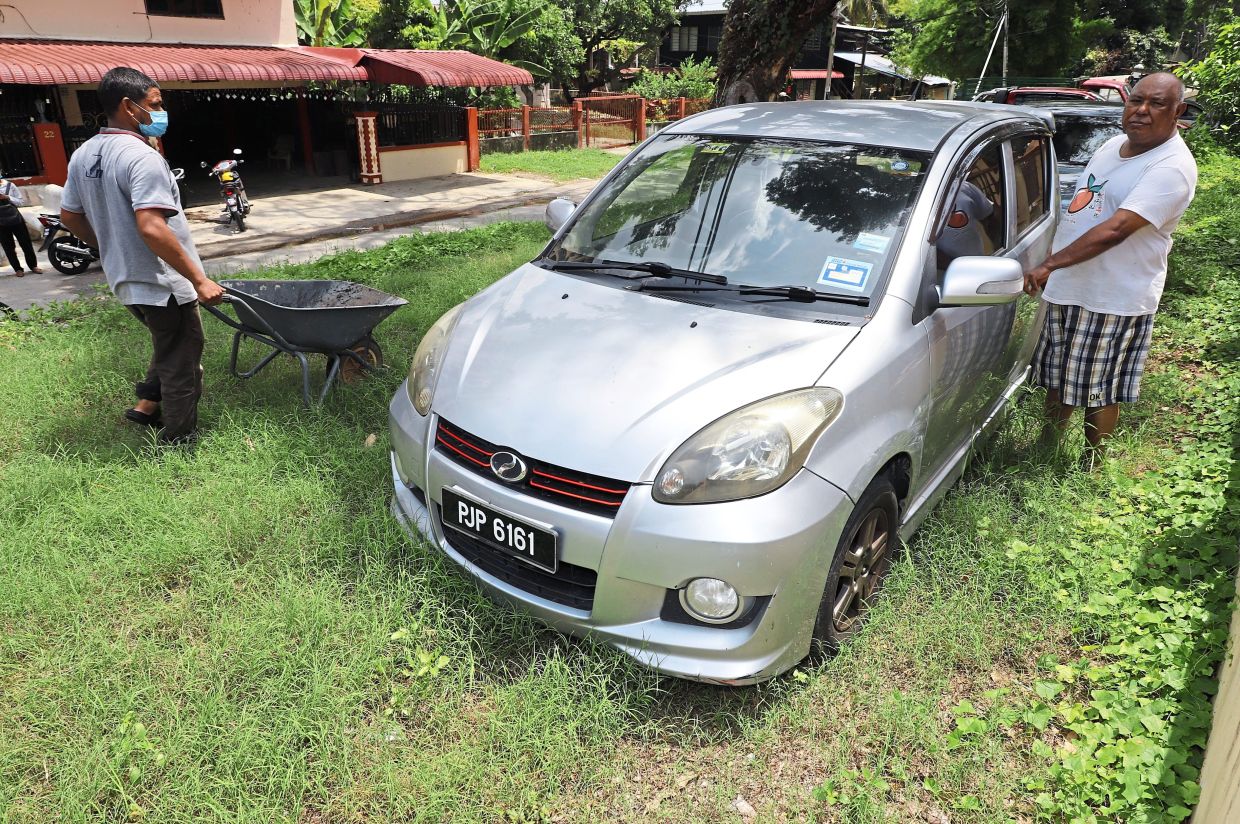 Adnan (right) showing where he parks his car to prevent the vehicle from being hit by the floods in Jalan P. Ramlee. — Photos: LIM BENG TATT/The Star

Adnan said the moment there is a heavy downpour, the river overflows.

“The drains are clogged so the water rises quickly. Lucky for us, it subsides within three to four hours.

“But the thing is, we like living in this area.

“This is my ancestral home, it was my father’s and I now live here with my family.

“We have had this house for 70 years. It is in a central place. Shops are nearby; the hospital is nearby; we don’t want to move out.

“Yes, it is troublesome to rearrange the furniture and not be able to use the ground floor but we make do. A view of the water level rising at Sungai Pinang in George Town.

“It floods a few times a year but we manage. As long as we move the cars in time, the damage is not too much, ” he said.

Retiree Mazlan Abdullah, 62, who has been renting his home in Jalan P. Ramlee for 43 years, said he had seen it all when it comes to floods.

“I know it is the monsoon season so I am worried, but this is home.

“I love it here, the kampung life but in the city. Everyone is kind and genuine. 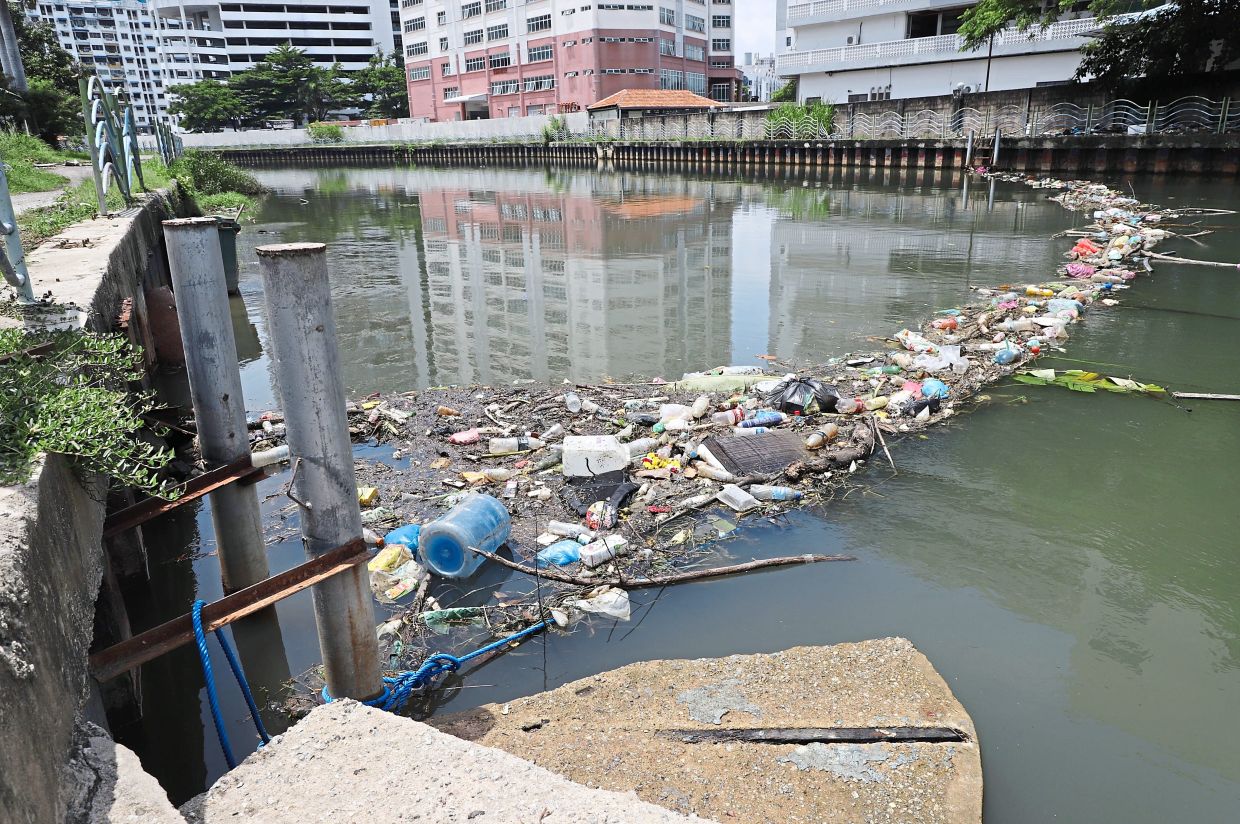 Rubbish trapped in the log booms at the river.

“We make do with what we have. I have high tables but cannot find higher ones as the water level does go up and everything starts to float.

“Neck-deep is the highest I have been in. With one hour of rain, we become alert, even at night.

“We have to start lifting things. I carry the washing machine upstairs.

“We stay downstairs so I stay in the flood water to take care of things in case they float away.

“We added an extra layer of fencing to stop our chairs and stuff from floating away from the house, ” he said. 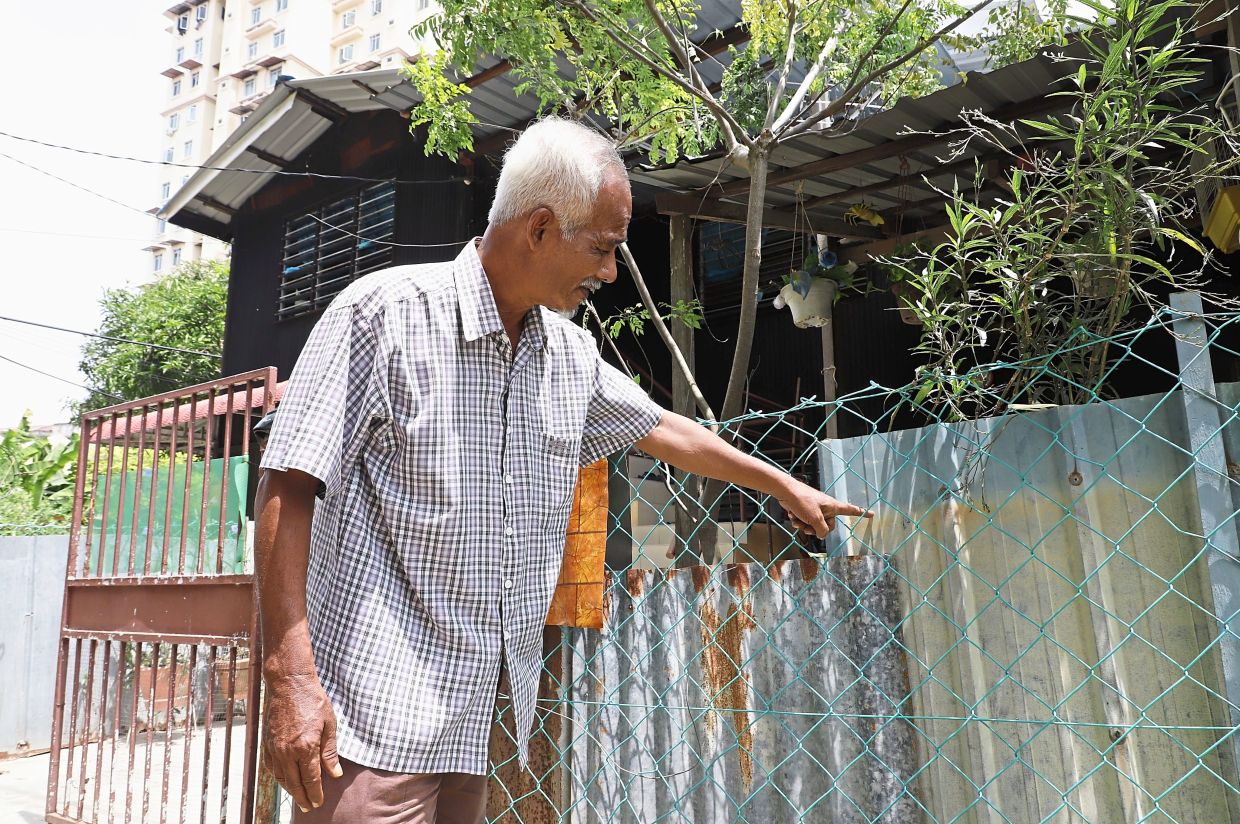 Mazlan showing how high the water rose at his house in Jalan P. ramlee.

State welfare, caring society and environment committee chairman Phee Boon Poh said there would be heavy rain the next few days and then it will be windy until mid June.

“It is an inter-monsoon period so people have to brace themselves for thunderstorms and strong winds.

“It is not advisable to go out to sea. The weather will get hotter later. There will be a month of hot weather, ” he said.

But Phee said the current monsoon was not enough to refill the dams in the state.

“This is not enough rainfall as it is too short a period. We will still need to look for other options to raise the dam water levels, ” he said. 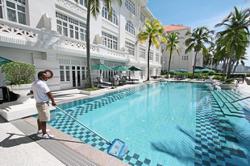 All set to dive into action 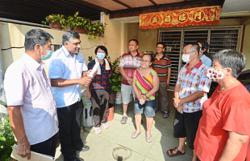 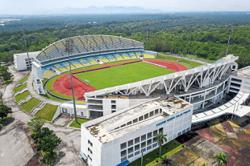