A stall selling mutton and chicken is a gruesome sight at the apartment block in Brickfields. — Photos: P. NATHAN/The Star

AN OLD apartment block on Jalan Thamby Abdullah in Brickfields, Kuala Lumpur, is giving nearby residents the jitters as they say it has become a health hazard.

The 40-year-old building, occupied mostly by foreigners working in and around Brickfields, is littered with rubbish and has a water ponding issue, making it a potential breeding ground for mosquitoes.

Following a tip-off from several residents, StarMetro visited the place and discovered that the carpark area on the ground floor had been turned into a wet market.

One stall even had goat heads and carcasses hanging on hooks for display. A cage with two live rabbits in it was also spotted.

A person working there said they had the necessary paperwork to sell mutton.

The stall had been fined several times previously by Kuala Lumpur City Hall (DBKL) for slaughtering chickens on the premises.

“This is a private apartment building and not a market where slaughtering of animals should allowed,’’ said K. Rama, a resident who lives nearby.

“A market would have proper grease traps installed to prevent sullage from going into drains and contaminating rivers. I doubt this place has these facilities,’’ Rama said.

The other stalls run by foreigners were selling fruits and vegetables.

On the first, second and third floors of the apartment, rubbish could be seen strewn on the staircases and in corridors, and discarded face masks were found in several places.

“Foreigners have been known to be slaughtering chickens here for a long time,” said another resident who wanted to be known as Jaya.

Residents hope that DBKL will put a stop to the illegal activities taking place there once and for all.

“All licences should be displayed like how it is done in Putrajaya.

“Illegal and dirty operators should be closed for good,’’ said resident Cynthia Hor, adding that DBKL must prioritise health and safety.

When contacted, a DBKL spokesperson said it would be looking into the matter and action would be taken if the reports were found to be true. 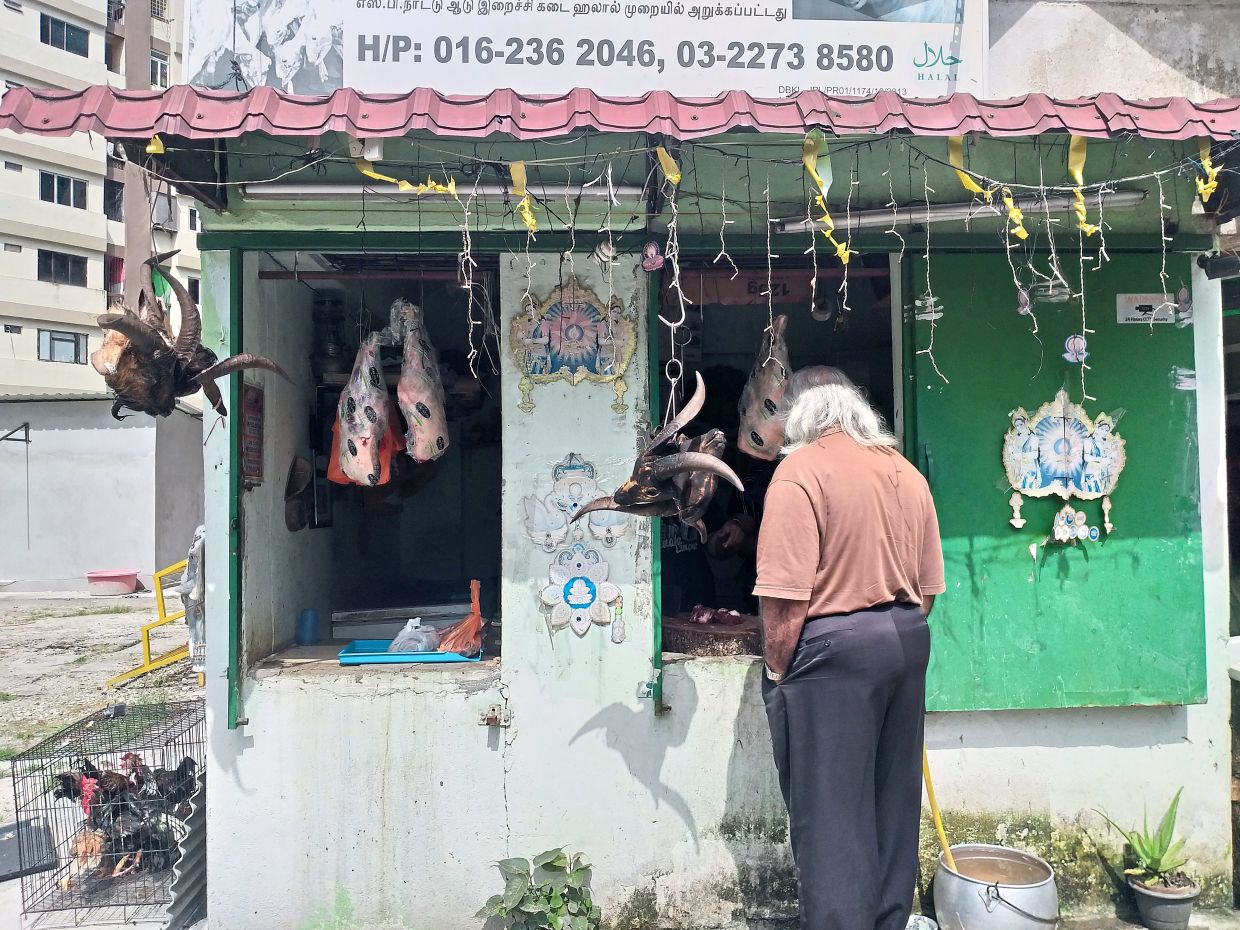 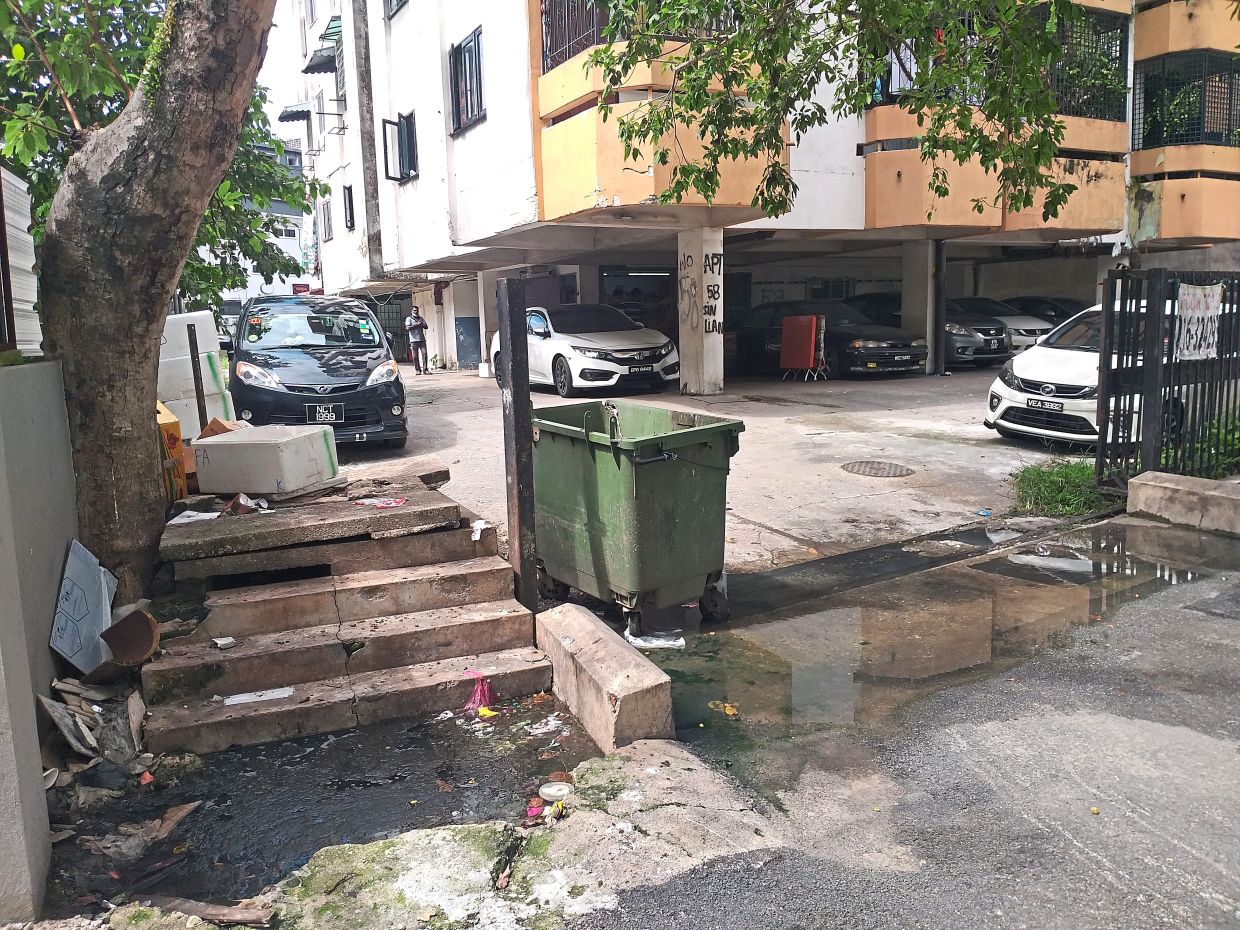 A stall selling mutton and chicken is a gruesome sight at the apartment block in Brickfields. — Photos: P. NATHAN/The Star

The entrance to the building is littered with rubbish, making it a breeding ground for pests.