Meanwhile, several trees at PPR Sri Semarak and PA Desa Rejang, Kuala Lumpur, had also fallen due to the downpour. The roofs of the PPR Air Panas flat had fallen off to the parking lots and playground.

"PPR Air Panas was hit the worst. The officers are removing all the debris, including cutting fallen trees," he said.

Several photos by DBKL officers sighted by StarMetro showed that zinc roofs had flown off to the car park as well as the playground at PPR Air Panas.

The roofs of the flat were also damaged by the downpour.

It was not the first that such incidents happened to these public housing units.

Last year, the roof of PA Desa Rejang flats in Setapak was also damaged in a downpour and it took two weeks for the repairs to complete.

"There is some difficulty removing the fallen trees at PPR Sri Semarak and PA Desa Rejang as there are a lot of cars parked at the parking lot so officers are chopping the trees manually," he said. 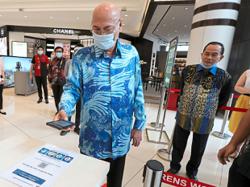 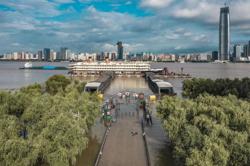