Che Sayang clearing up the mess with her belongings still stacked up on higher ground after the flash flood at her home in Kampung Suluk, Teluk Kumbar, Penang. — Photos: ZHAFARAN NASIB/The Star

VILLAGERS in Teluk Kumbar, Penang, ended their buka puasa meal abruptly when they had to rescue their belongings in a flash flood following a downpour.

Among them was septuagena- rian Che Sayang Mohd Isa, 76, who said the continuous heavy rain had caused the water level in the river next to her house to rise.

“I was finishing my Maghrib prayers after breaking fast with my son when suddenly, the water flowed into the back of our house.

“Luckily, my son acted quickly and put our valuables at a higher place so that they will not submerge in flood water,” she told The Star when met at her house in Kampung Suluk yesterday.

Che Sayang, who lives with her son, said it was fortunate that the water level was only knee-deep.

“With my condition, it will be difficult for me to move if the flash flood worsened. I feel relieved that nothing bad happened to us,” she added.

Another victim, Mohd Hasrul Abu Bakar, 42, said the flash flood in Kampung Suluk this year was not as bad as the previous year.

“Last year was worse. The water level was up to my waist.

“Luckily it is not that bad this year,” he said.

Mohd Hasrul also expressed his worry about the upcoming Hari Raya Aidilfitri and hoped that he and his family would not have to endure another wet night during the festive celebration.

Che Sayang and Mohd Hasrul were among 100 families in Teluk Kumbar who were hit by flash floods following a continuous downpour since 7pm on Sunday.

Among the worst-hit areas in Teluk Kumbar were Kampung Suluk, Kampung Nelayan, Kampung Paya and the cluster house residences.

Bayan Lepas assemblyman Azrul Mahathir Aziz said the flash floods were due to the very heavy rainfall, as well as, to a smaller degree, due to the pumphouse project that was under construction in the nearby area.

“Some of my staff members from my service centre and I rushed to the scene to assess the situation and at the same time, distributed food to the villagers for their sahur meal,” he said.

In Baling, Kedah, 48 people from 10 families who had been evacuated to a temporary flood relief centre at Dewan Tun Lama have been allowed to return to their respective homes.

Baling Civil Defence Force officer Lt Mohd Faizol Abdul Aziz said the victims, including a baby, had been allowed to return to their house since 11am yesterday.

“The centre has been closed and all victims have returned to their respective homes,” he said.

In Bandar Baharu Kulim, Kedah, the heavy rain had also caused 28 people from seven families to be evacuated to a temporary flood relief centre at Dewan KEDA Sungai Tengas.

Bandar Baharu Civil Defence Force officer Lt Abdul Rahim Khairuddin said the flash flood was due to an overflow of the river caused by the continuous rain.

He said no casualties were reported from the incident. 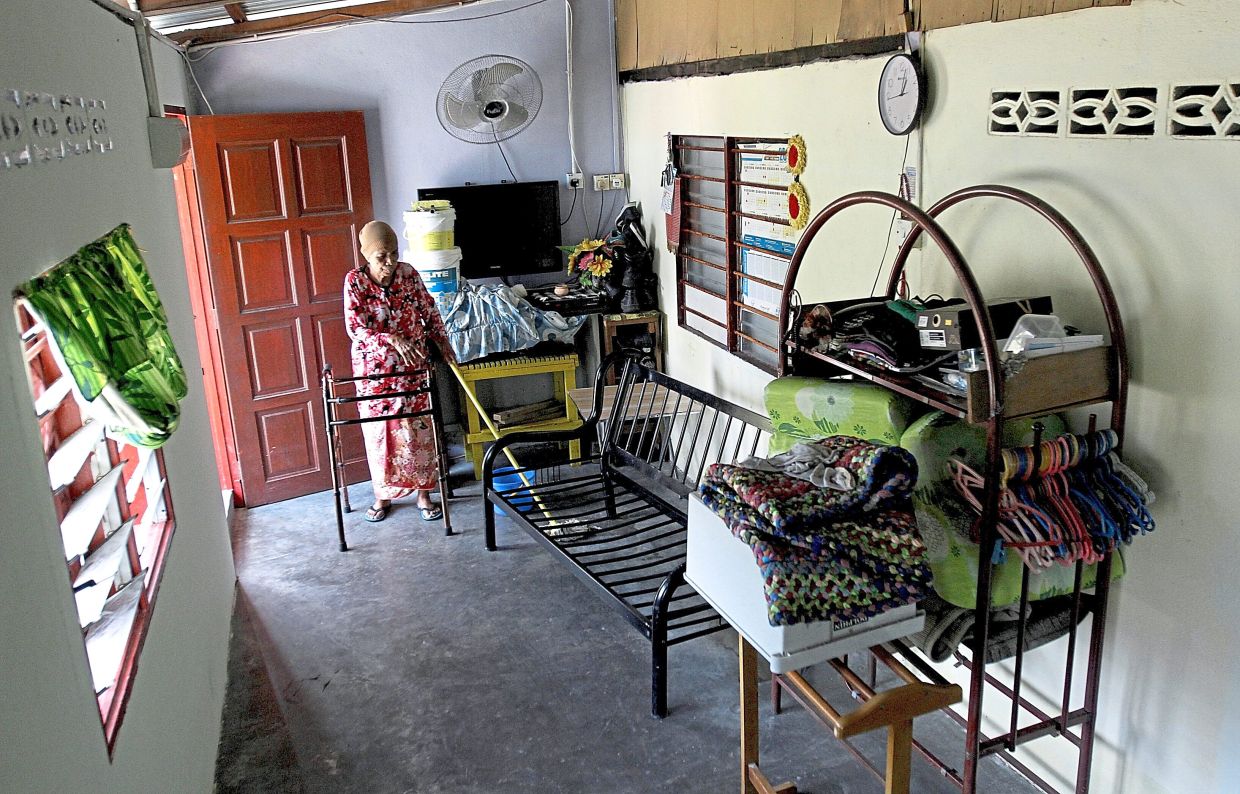 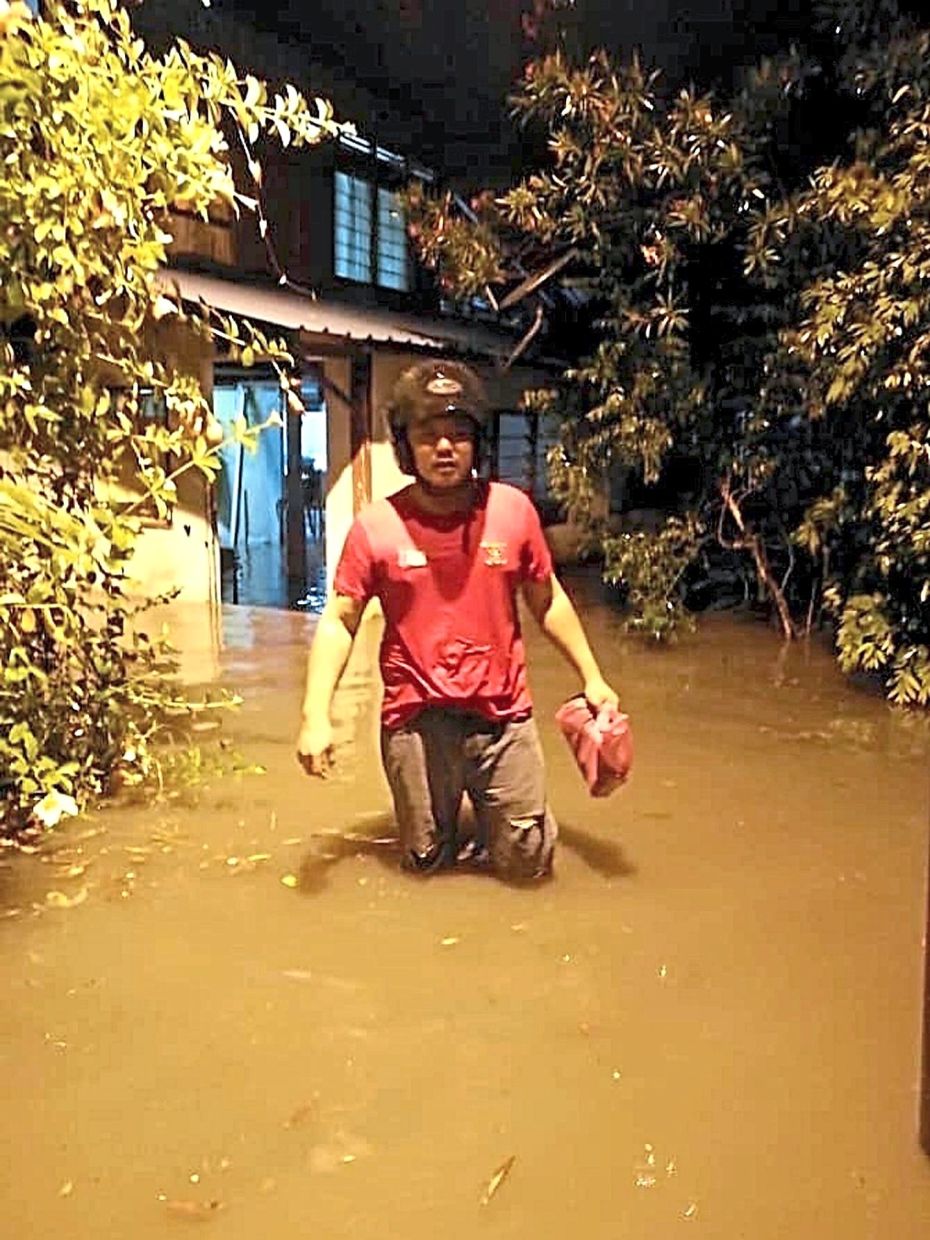 Che Sayang clearing up the mess with her belongings still stacked up on higher ground after the flash flood at her home in Kampung Suluk, Teluk Kumbar, Penang. — Photos: ZHAFARAN NASIB/The Star

Tree branches brought down by the heavy rain in Penang (below).

Images circulated in social media showing the depth of the floodwaters in Teluk Kumbar .

Mohd Hasrul washing away the floodwaters at his home in Kampung Suluk, Teluk Kumbar.