Different views on wisdom of dining in

A customer ordering a drink for takeaway at a restaurant in TTDI.

THE Federal Territories Ministry is encouraging eateries in Covid-19 red and yellow zones not to offer dine-in yet.

Non-static and roadside food businesses like food truck operators and temporary stalls are also not allowed to operate in yellow and red zones throughout the Federal Territories.

In its FAQs for the conditional movement control order (MCO), the ministry said that in other zones, eateries must practise minimum social distancing of at least one metre as well as record details of customers and limit the number entering at any one time.

It also stated that night markets, open markets and bazaars will not be allowed in Kuala Lumpur, Labuan and Putrajaya.

Meanwhile, a check by StarMetro of various eateries and food courts in Kuala Lumpur, showed that tables and chairs remained stacked in some restaurants while in others, the furniture had been rearranged to ensure customers can dine at a safe distance.

Traders offering dine-in service are adhering to standard operating procedures (SOPs) while some are opting to open for a few days only while others are sticking to takeaway and food delivery.Quiet scenes

At food courts, the scene was mostly quiet with a minimal number of stalls open on the second day of the conditional MCO.

At Medan Selera Kompleks TLK Brickfields, which is operated by Kuala Lumpur City Hall (DBKL) and located at the ground floor of a multi-storey car park, only six stalls were open.

Selvam’s Corner operator Ganesan Selvam said there was only so much they could do to arrange customers’ seating.

“DBKL has bolted the tables and chairs to the floor. So, the most we can do is put an ‘X’ on the places where customers cannot sit.

“I have been running my stall since the second week of the MCO but now there is more work for us such as cleaning and sanitising the tables, chairs and toilets. The cleaners are not coming to work, so we have to do it ourselves.

“We were confused on what could and couldn’t be done on the first day of the conditional MCO. The police came by today to advise us on social distancing and seating arrangements so we have put markers for customers to follow, ” he told StarMetro.

Ganesan added that the car park management was assisting them in collecting personal details of diners and providing hand sanitiser.

Medan Selera Mega in Taman United was also very quiet, with only a handful of food stalls open. A noodles stall trader who only wanted to be known as Chong said the traders had decided to do takeaway only.

A Kuala Lumpur City Hall spokesman said their officers were patrolling daily to check compliance of the guidelines.

“If our officers find any trader not following the requirements, the officers will advise them on the SOP, ” he said.

At Brickfields, Sri Paandi Restaurant manager Shabeer Ahmed rearranged the tables and chairs so those who wanted to do so could dine-in.

Enforcement officers who came to check on his premises had nothing to fault him on.

“We made sure to follow the guidelines, ” he said, adding that customers’ temperature, name and contact details were noted down.

“To keep the business running, we have to let customers in as some would like to sit down and have a meal, ” he said.

Restaurant owner Neoh Lean Huah said the SOP was not too difficult to follow as long as customers complied.

“The conditional MCO is beneficial for businesses like us because we still need to earn a living and pay the bills, ” he said.

Porto Romano Restaurant owner Sonila Hajoederasi, who manages the business in TTDI with her husband, said the move to ease restrictions might seem like it was too soon to some.

“Both restaurants and customers play a big role to flatten the curve of Covid-19 infections. We have done our part, customers should cooperate as well, ” she said.

Sonila said although the number of orders was still quite low, she was grateful for any received.

“Our regular customers are excited about dining in. We even had a call on Sunday for a reservation for two.”

In Bukit Bintang, Sahara Tent had opened for the first time since the MCO and offered dine-in, takeaway and delivery.

Its manager Ahmed Tareq said it would limit its restaurant capacity to only 20.

Aunty Manju’s Home of Banana Leaf in TTDI said it would open for dine-in for three days only. Its owner Gary Fernandez said they were unsure of their ability to keep the restaurant open for the long-term.

“We have decided to see the response first, ” he said and asked for customers’ cooperation.

“For example, if they see the restaurant is full because of the limited capacity, they should wait awhile.”

He was glad that dining-in has been allowed under the conditional MCO as he was not sure if the business could have survived another month without it.

“We thought of closing down but we need to soldier on for the sake of our workers and shareholders.”

Sri Kortumalai Pillayar Restaurant manager Prakash Nathan also plans to start slow by seeing if there are requests for dine-in before deciding whether to offer it.

“We will observe the number of customers visiting the restaurant for the first three days before making a final decision, ” he said at his restaurant in Brickfields.

TTDI Q Bistro operations manager Francis Xavier Thomas said they decided to offer only takeaway and delivery for the time being,

“We’re going to study the situation for now, ” he said, adding that most of his customers said they would prefer to takeway instead of dine-in.

Lee Chuan Hong, 55, was excited to have his first meal away from home since the MCO as he and his wife found it more convenient to dine out.

He was also happy to do his part in helping his favourite eatery, Sister’s Place Kopitiam, survive the crisis.

Lee said he had no qualms dining out as long as the restaurant follows the SOPs.“As long as the management maintains good hygiene and ensures social distancing is practised, eating out should not be a problem, ” he added.

Customers interviewed at Pavilion Kuala Lumpur, were also satisfied with the arrangements at its food court.

Before entering the area, customers had their temperature taken and and their particulars taken down.

Tam Nyet Yeen, 40, was glad to have her meal at the food court for the first time since the MCO.

“I still had to come to work and had nowhere to sit during my lunch break, even when I packed food from home, ” she said, adding she was happy with the layout.

“I would say the traders here are handling the matter responsibly. Now, we have to play our part, ” she said. 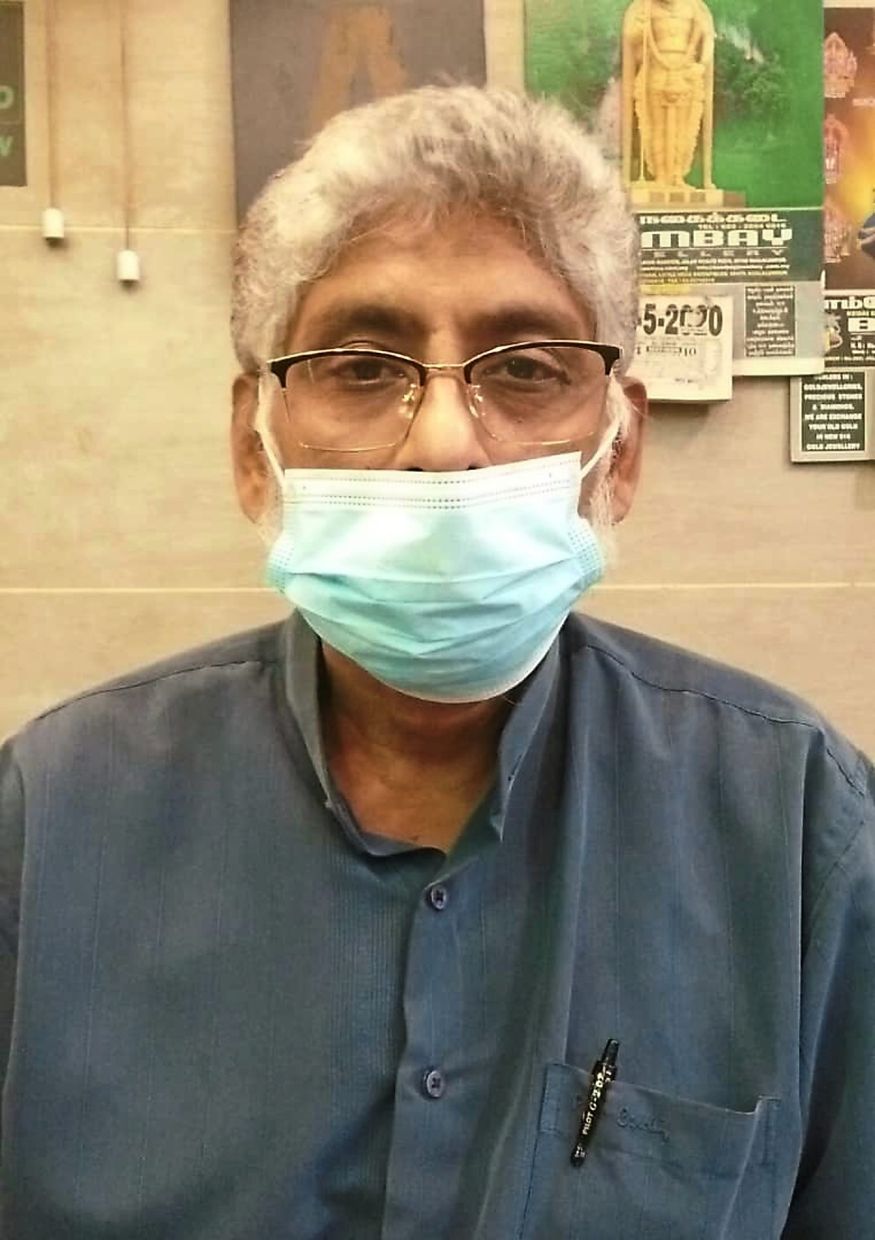 A customer ordering a drink for takeaway at a restaurant in TTDI.

Shabeer is offering dine-in service as customers want to have a meal at the premises.

A restaurant in a shopping complex advising customers to maintain social distancing.

Sonila received a dine-in reservation for two the day before the conditional MCO took effect.

Selvam’s stall is one of the few open at Medan Selera Kompleks TLK in Brickfields, Kuala Lumpur.

Customers writing down their details at the food court in Pavilion KL.