Putting sewing skills to good use

Mahani arranging part of the Hari Raya clothes that she finished sewing at her home in Bayan Baru. — Bernama photos

A LOSS of RM18,000 after turning down orders to sew about 300 Hari Raya clothes did not break the spirit of single mother Mahani Udit to seek other opportunities to earn an income.

Mahani, 30, used her sewing skill to stitch pieces of waste fabric to make face masks on a small scale from her house.

She was forced to refuse orders to make baju Melayu and baju kurung and to return the RM18,000 deposit that she earlier received.

This is because her tailoring shop at Kompleks Bukit Jambul in Penang could not operate during the movement control order (MCO) while her workers were given leave.

“When the government announced the MCO, I took only 100 orders of clothes which I cut and stitched from home and had to return the customers’ deposits totalling RM18,000, ” she said when met by Bernama at her residence in Bukit Jambul Court recently.

According to her, since the implementation of Phase I of the MCO, she received orders for 3,000 units of face masks which were sold online at RM5 a piece.

“Thankfully the response has been very encouraging. To some extent, it can cover my monthly income. I use a runner or postal service to send completed orders, ” said Mahani, who has five years of sewing experience under her belt.

The mother of three said besides sewing face masks, she also sewed clothes from pieces of fabric that were sold for RM15 to RM25 each, including via Facebook.

Asked how she obtained her equipment and stitching materials such as threads, beads, buttons and so on during the MCO period, Mahani said the matter was not a big issue as her stock was still sufficient and she could also order them online.

Meanwhile, her steadfastness in improving her family’s living standards was evident when she also revealed that she wanted to pursue her studies through distance learning in Diploma in Management at Universiti Sains Malaysia (USM).

“For me, it is not too late to continue my education despite holding a ‘single mother’ title since 10 years ago at a young age.

“I hope the current situation will improve and economic activities can continue as normal as many are being impacted, ” she said. — Bernama 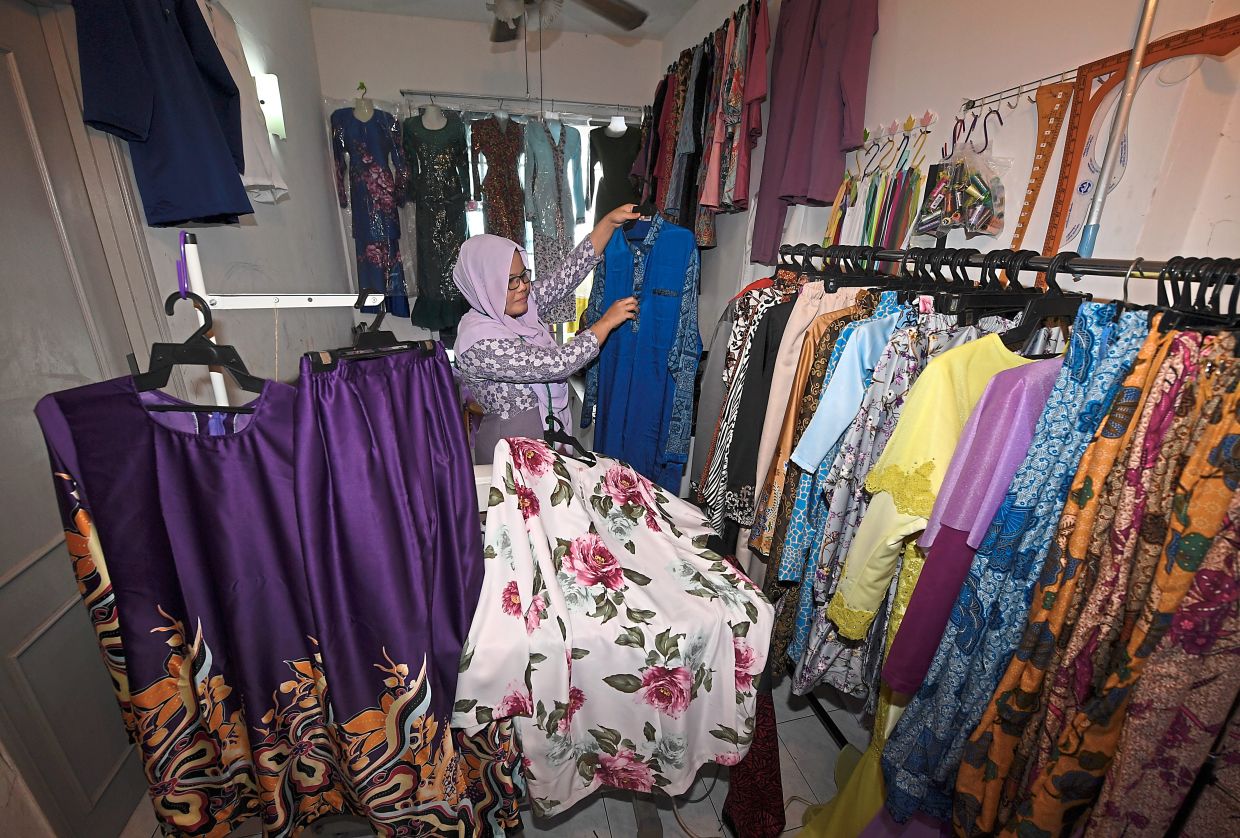 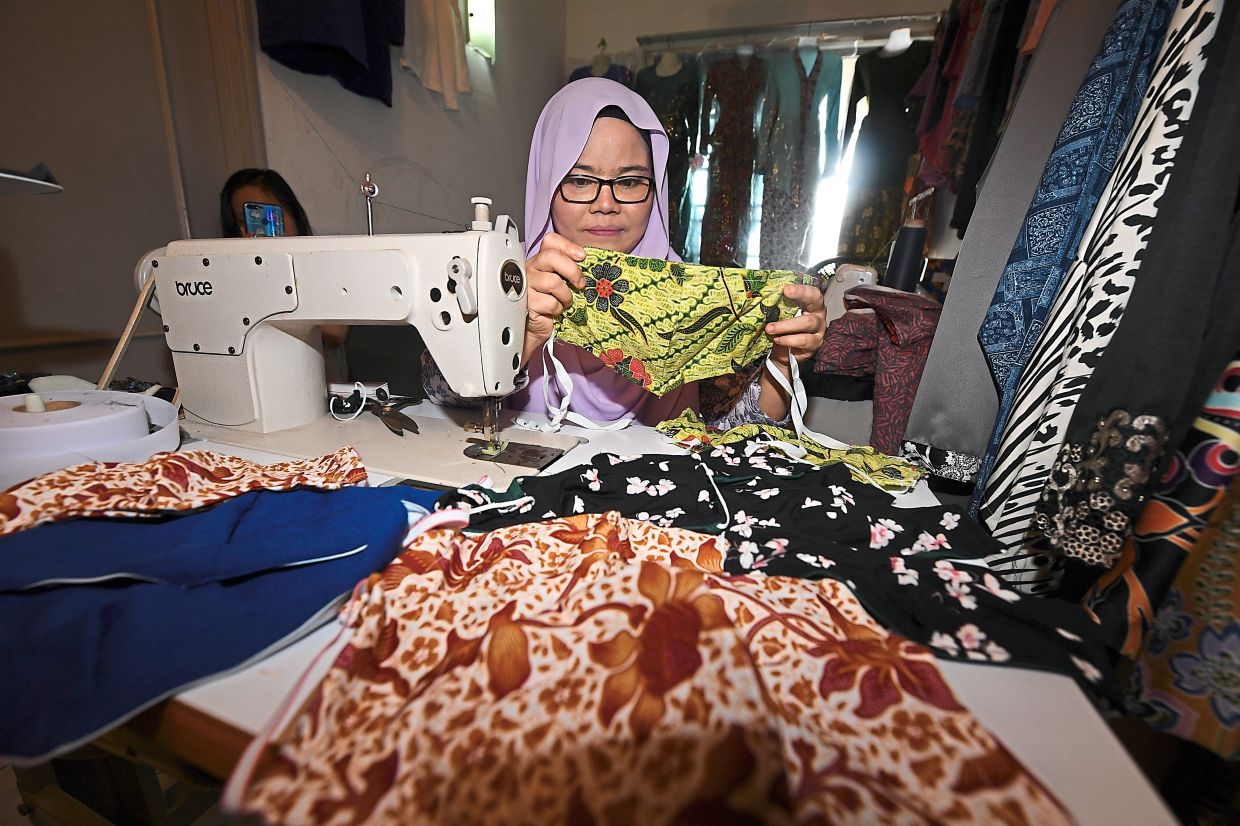 Mahani arranging part of the Hari Raya clothes that she finished sewing at her home in Bayan Baru. — Bernama photos

Mahani sewing face masks using pieces of waste fabric after turning down orders for Hari Raya clothes as her shop in Kompleks Bukit Jambul is closed due to the MCO.