He said the process would take several days and involved a staggered movement of the students.

“They will not all go back at the same time because we need to comply with the guidelines set by the National Security Council (MKN), ” he said at the Unimas campus in Kota Samarahan near here.

Kadim said the first group of 127 students departed in eight buses from the campus.

He said each bus was allowed to carry not more than 20 students in accordance with the MKN’s guidelines.

“The buses were sanitised beforehand by Fire and Rescue Department personnel. The students also underwent a health screening to make sure they do not have Covid-19 symptoms, ” he said.

Besides its own students, Kadim said Unimas was also tasked with coordinating the return home of students from other universities in Sarawak.

“From Unimas we have nearly 4,000 students to send home. About 2,900 of them will be going home to the peninsula and Sabah.

“We are still compiling the figures from the other universities, ” he said.

Meanwhile, final-year student Norlia Anuar said she was excited but would take precautions upon arriving home in Kanowit near Sibu.

“I am a little worried also because I am going from Samarahan which is a red zone, to a green zone. I will quarantine myself for 14 days, ” she said.

Another student, who gave her name as Beatrice, said she was looking forward to seeing her family in Sibu, especially her mother who is a nurse.

“I am very happy to be going home. I cannot wait to enjoy my mother’s cooking again, ” she said. 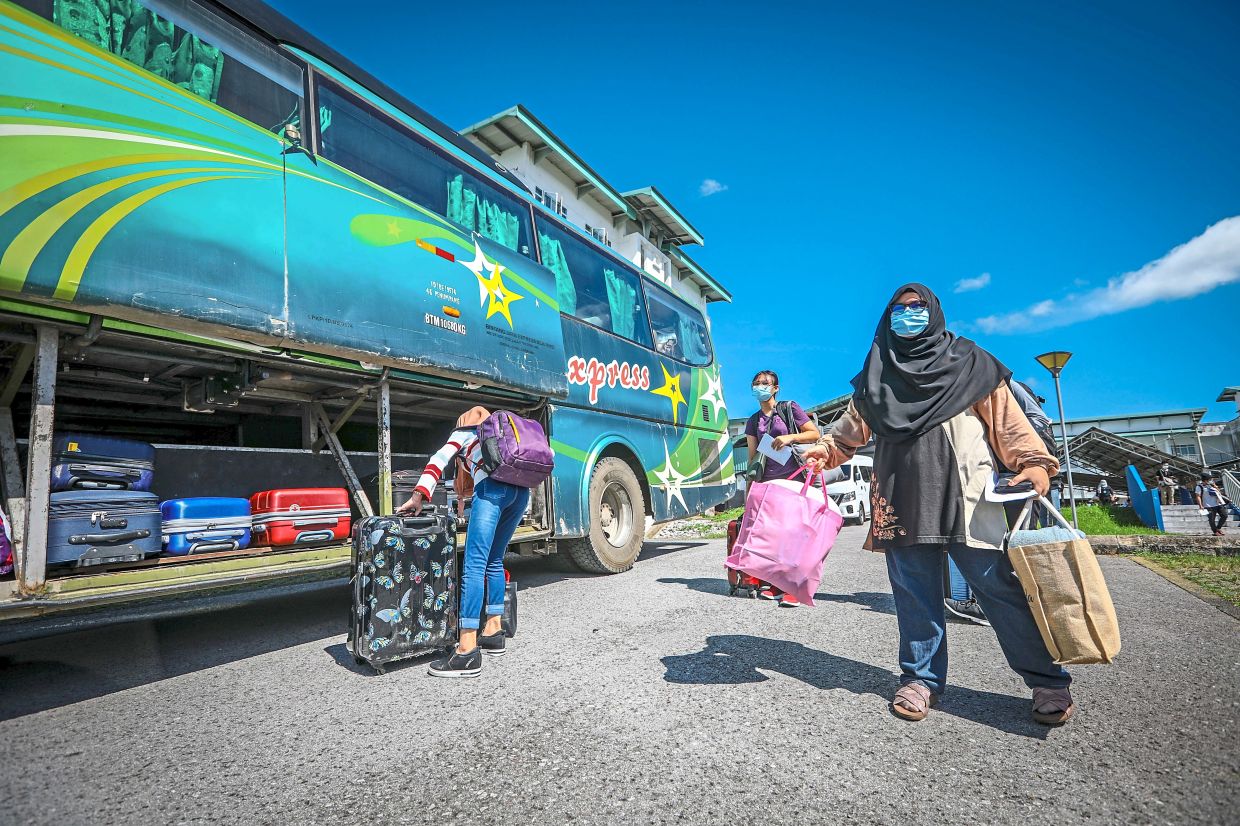 Students having their temperature taken back before boarding the bus.