Fans happy to queue for takeaways or opt for delivery service

Customers queuing up for their takeaway orders of the grilled Ayam Pasu Balik Pulau.

GETTING your favourite Ramadan food during the movement control order (MCO) period can be quite a difficult task.

But army veteran Rahim Saad, 52, is extremely grateful that most of the delicacies that are normally sold at Ramadan bazaars are now available for takeaways or delivery service via online portals.

For instance, Rahim said ayam pasu (chicken grilled in flower pots) — which is one of his family’s favourite dish during the fasting month — is still available in Balik Pulau, Penang.

“It is not easy to get food that we like, especially during the fasting month due to MCO.

“Thank God, the owner of this joint has improvised to provide a drive-thru service for his customers, ” he said when met at the stall in Jalan Baru, Balik Pulau, on Monday.

Rahim from Kampung Pokok Manggis, Balik Pulau, said he had been a regular customer at the stall since two years ago.

Stall owner Mohd Fazli Abdul Rahman, 37, said the business had been good during the MCO.

“During Ramadan last year, an average of 50 chickens were sold every day, but this year the sales doubled following promotions done via social media.

“Our delivery orders increased from the first day of Ramadan, where we deliver up to 70 chickens per day, ” he said.

Mohd Fazli said with the MCO being enforced during this Ramadan, he always made sure his customers practised social distancing when patronising his stall.

“For those who want to take away, they must stand a metre apart from each other, ” he said.

He said he used his own recipe to marinate and grill the chicken in large unused flower pots.

The marinated chicken is placed on a grill pan over charcoal to roast and a smaller flower pot is used as a cover to cook the chicken.

The chicken is then roasted for about an hour and, in between, it is turned over and dabbed with special aromatic spices.

He has two stalls in Balik Pulau — one in Anjung Indah in Jalan Tun Sardon and another one in Jalan Baru.

Since the MCO was enforced on March 18, only the stall in Jalan Baru is open, he added. 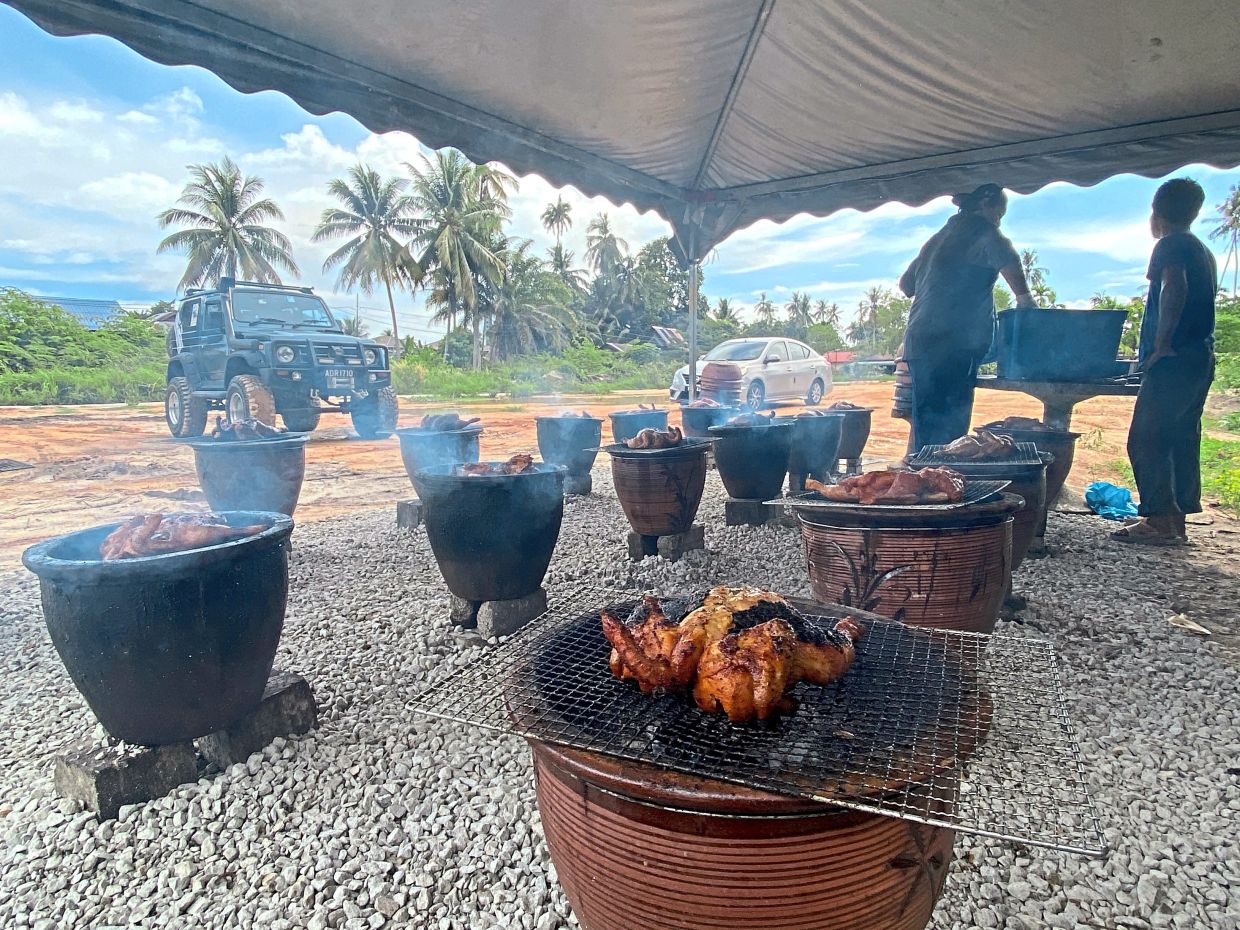 Mohd Fazli (right) handing over the packed grilled chicken to a food delivery service rider to be delivered to his customers. 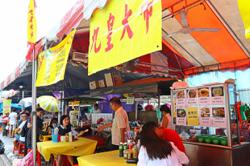 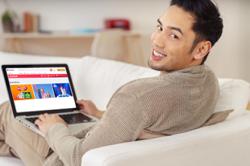