Cheah's banana tree is sprouting in a pot

LIMITATION of movement and consequently having more time at home now has led to some people growing their own vegetables, herbs and even fruits.

In fact for some of them, what started as an activity during the movement control order (MCO) period could well be continued even after it ends.

For first-timer Sue-Lyn Koay, 39, planting bean sprouts has been a success. The real estate negotiator who lives in a terrace house started planting vegetables when delivery of produce to her house became problematic.

“I grow just enough for the consumption of my small family of four, ” she said, adding that she planned to plant spring onions next.She also plans to continue this after the MCO ends.

“We will consider planting easily-grown vegetables for ourselves, not on a big scale, ” she said.

She said it provided a great teaching opportunity for her two-year-old daughter Léna to learn more about the food they eat.

“It’s important for children to understand where food comes from.

“I was looking for a meaningful activity to do as a family during MCO and since we have a planter box, we started gardening, ” said Woo, a teacher.

She has planted tomatoes and aloe vera, and hopes to plant broccoli next. Living in a condominium in Mont Kiara, she utilised the space in her balcony for planting.“I found an interesting website on ways to set up a balcony garden, ” said Woo who grew up in the countryside of Hungary.

“I am used to growing vegetables. My husband is good at gardening and my daughter helps to water the seedlings, ” she said.

For some, like Casey Chang, vegetable gardening is about reigniting an old hobby.

He used to plant fruits and vegetables but stopped due to work commitments.

Now with the MCO, he has more time.

The 36-year-old from Petaling Jaya utilised the ample space in his garden to grow papaya, mango, choy sum, bak choy, tomato and coriander.

Chang has also found time to start a bee farm and make his own hydroponic system.

He even learned traditional Chinese medicine and has been boiling soup using charcoal.

“I see planting my own vegetables as a way to give back to earth.

“One of my clients, who hails from Europe, said it was common for people there to grow their own produce, ” he said, adding that he was more sensitive to weather changes since he started planting.

“What I have grown is more than enough for my wife and I, ” he said, adding that he also shared some of the produce with his parents and in-laws.

Sixty-three-year-old educator Ruth Cheah said her daughter Claudia was very supportive of her efforts and they made compost together.

“I will only stop growing food when I can no longer squat and when my back aches, ” she said.

“It is a joy to reap the fruits of my own labour and consume organic vegetables. Some of the vegetables I planted during the MCO are banana, chives, Brazilian spinach and sweet potato.

“I get to share my mangoes with friends, while the herbs are sufficient for my own family’s consumption. “I hope to grow more leafy vegetables such as bok choy, lettuce and kangkung, ” she said.

She also started home composting in the mid-2000s during her career as a teacher.

“The headmistress started a project where the staff and students dumped food waste from the canteen into a truck filled with soil, ” she said.

The compost, she added, was used as fertiliser for the plants at school.

“My plants became healthier after I tried out composting. Since I have a lot of food waste at home, I never run out of supply – in a week I can collect up to three or four tubs of food waste – so I have continuous supply for making compost, ” said Cheah, adding that there was no need not use insecticide and her plants were healthier now.

Growing her own veggies also helps her save money.

“I do not need to buy fertiliser anymore. In fact, I also save on buying soil since I create more soil volume through it, ” added Cheah.

“It can be done at any space, big or small, that has access to sunlight. One can also get creative by deciding on what to plant and designing their garden.

“No pots is not a problem, as used cooking oil containers and plastic bottles can also be used as an environment-friendly substitute, ” he said.

Adli said the best type of plants were those often used in cooking but in small amounts.

“People with smaller spaces can focus on planting herbs and spices like pandan, curry leaves, kesum, lemongrass, kaduk, kaffir lime, calamansi, bird’s eye chilli, basil, turmeric, mint and Brazil spinach plants, ” he said, adding that such plants were hardy and easy to care for as well as suitable for home edible gardens.

People also would benefit from more than just the crops, added Adli.

“For many, gardening is therapeutic and a good form of exercise. It can be a fun and educational family activity.

“Since it is done at home, people tend to use chemical-free methods which are not only good for health but also the environment.

“The harvests can also be shared with friends and neighbours, building good relationships, ” he said.

Arborist Rosslan Yaacob, who experimented with urban farming decades ago, advised people to plant what they like.

“If you like a particular chilli or tomato variant, you cut open a ripe one and pick out the seeds. Dry them and germinate them on your own green patch. This ensures self-satisfaction because you can grow, harvest and eat what you like.

“Since we are planting for leisure, the benefits are not only the produce but the enjoyment of the whole process, ” he said. 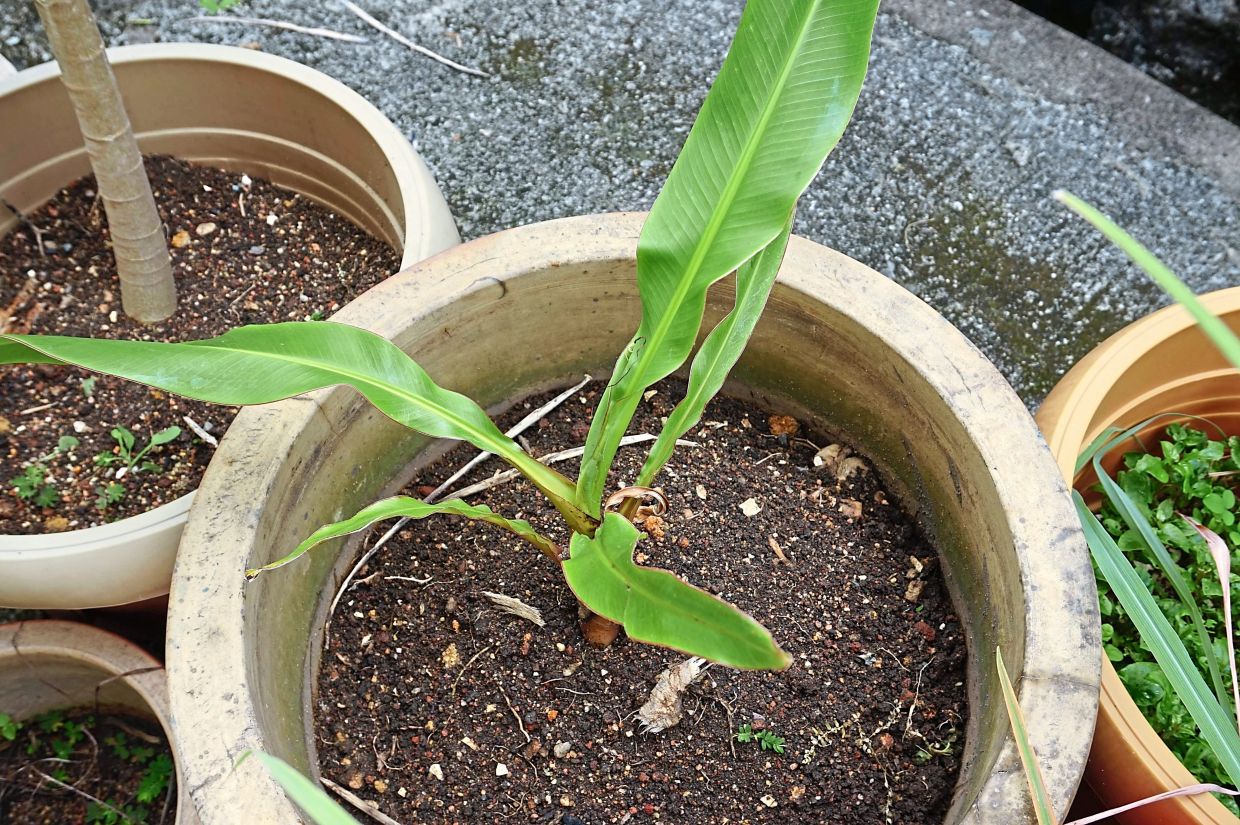 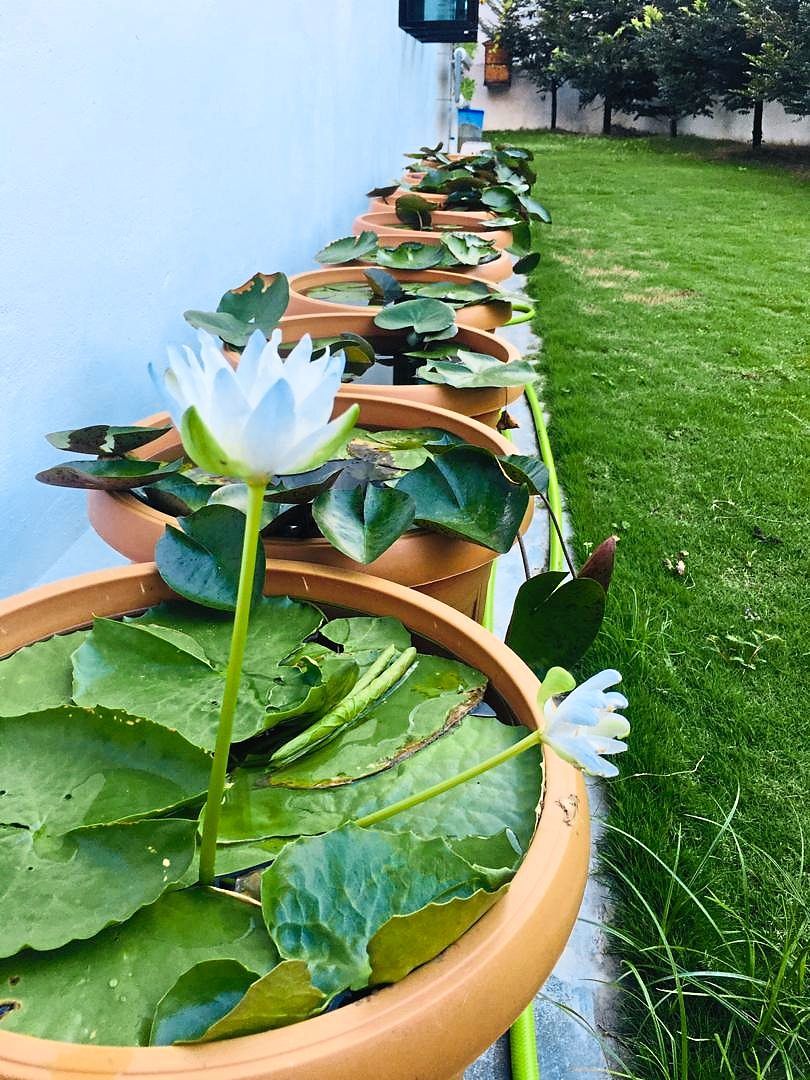 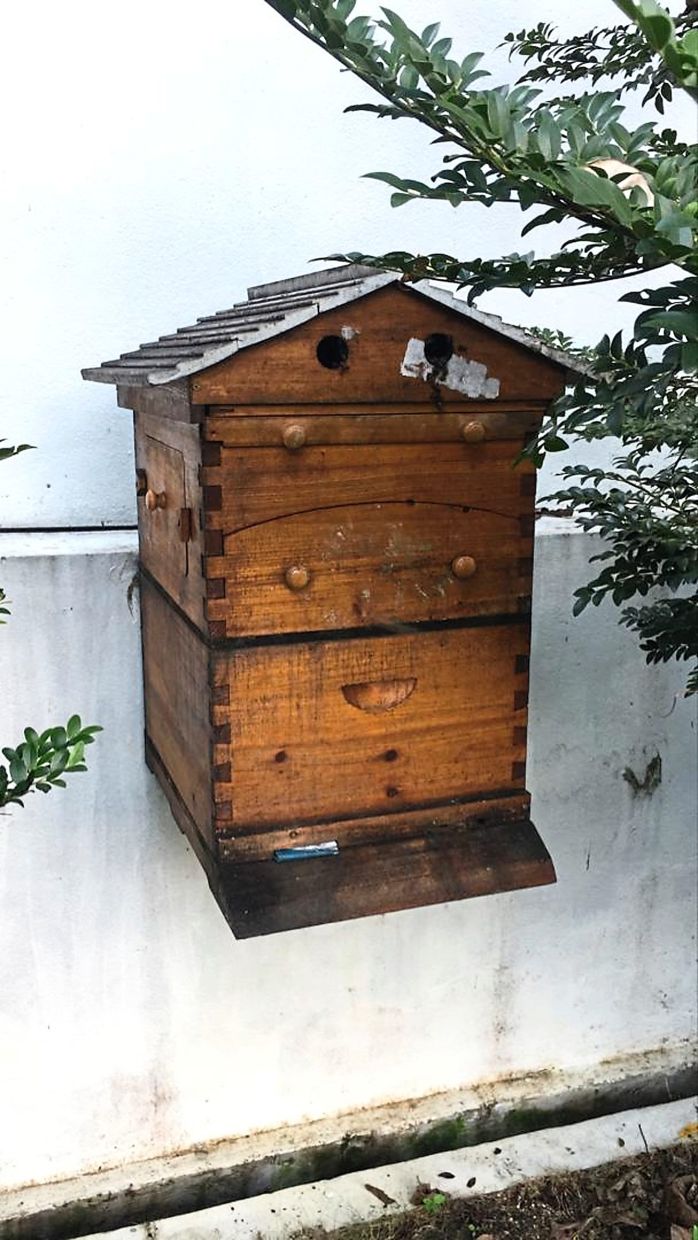 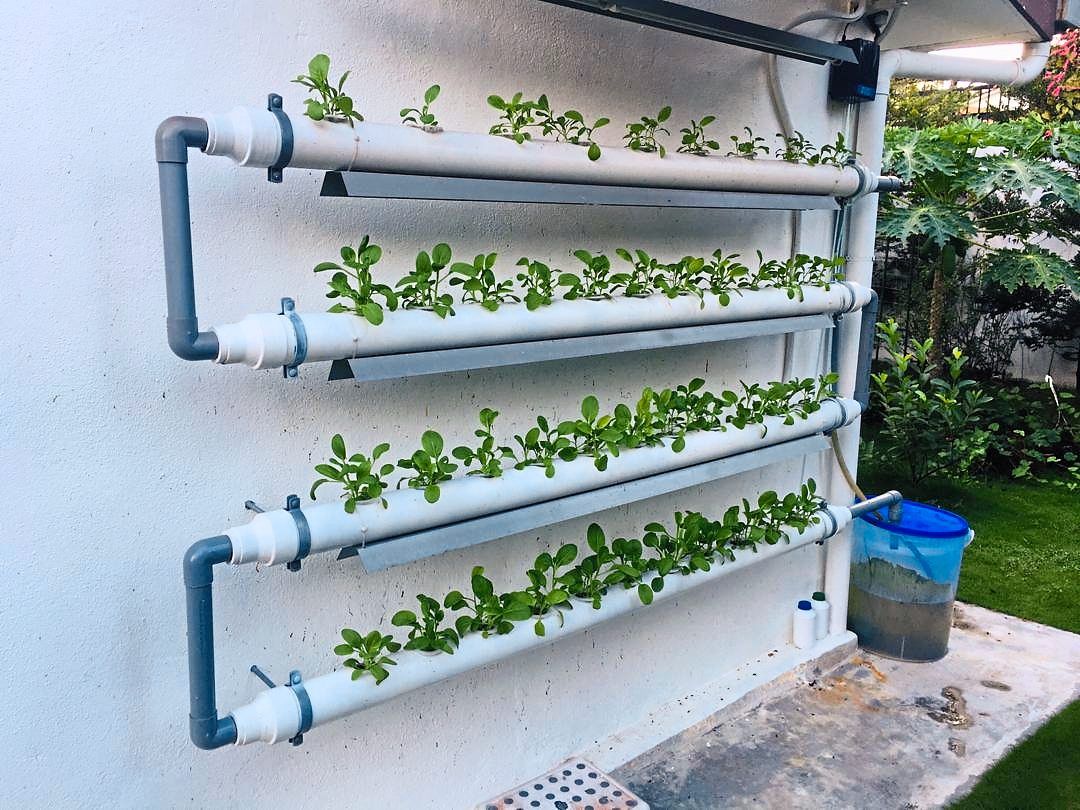 Cheah's banana tree is sprouting in a pot

Chang's edible garden was restarted during the MCO.

Used cooking oil bottle, plastic drinking bottle, plastic bag holder and unused shelves can be converted into pots for planting that can be arranged to be aesthetically pleasing with a little bit of creativity.

Adli said edible gardening is a productive home activity that gives produce as well as benefits mentally and physically.

Chang's cucumber in his vegetable garden

One of Chang's new hobby is to breed water lilies.

Chang's bee hive in his garden.

Cheah and her homegrown plants at her garden.

Adri and daughter Lena spreading seed in an egg carton and spraying water on them at their home balcony. 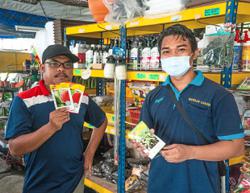 Home vegetable gardens on the rise amid Covid-19 pandemic