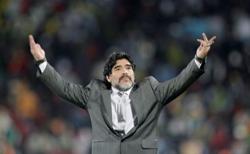 KULAI: It has been more than a month since the movement control order (MCO) was imposed nationwide to keep the public indoors and safe from the Covid-19 infection.

However, there are people out there providing essential services during the MCO, like newspaper vendors.Vendors have been working tirelessly daily to deliver the newspaper to their customers and help them keep abreast with current affairs.

Johor Baru Newspaper Vendors Association president Tee Seng Howa said demand for newspapers had increased, with many people staying at home now.“We have many coming to our outlet in Kulai to buy newspaper as many other usual outlets, including morning markets,

are closed due to the MCO, ” he said.Tee said the vendors went out to distribute the newspaper as early as 4am.He said initially the members were worried about the Covid-19 outbreak and having to go through roadblocks set up by the authorities but that all this had been resolved.“We have issued all our vendors with authorisation letters to

produce when stopped at roadblocks.

“We have given the vendors strict guidelines to follow, like wearing face masks when delivering papers and washing their hands often.

He thanked Star Media Group Bhd and its chairman Datuk Fu Ah Kiow for looking into their welfare and donating face masks for the vendors in the state.“We appreciate this goodwill gesture, especially since there is short supply of masks in the market, ” he said.

Tee, whose outlet sells about 2,000 copies of newspaper daily in Kulai and Skudai comprising various publications, hoped the MCO would be lifted soon so that more outlets selling newspapers could resume operations.

The Star Johor circulation executive Nor Azami Ismail said the company had distributed 40 boxes of face masks for vendors and newspaper association members this month.

“We appreciate our vendors and want them to stay safe during this pandemic, ” he said.