With the movement control order (MCO) still in effect, Muslims find that they have to make different preparations for the fasting month this year.

Fasting starts just before dawn and lasts until sunset.

Most wake up before dawn to have a meal – a practice called sahur – to prepare themselves for the day’s fasting.

Newly-wed Mimi Nur Syazwani, 27, who lives in a rented unit with her husband in Wangsa Maju, said she had ordered some dry food online.

“I ordered some serunding and dates online a few days ago in anticipation of Ramadan. I normally cook for sahur, but in case I wake up late and do not have enough time to cook, my husband and I can eat the serunding,” she said.

Mimi added that she would cook simple dishes for breaking of fast this year and occasionally order food online.

“I also prepared a list of food items for my husband to get from the store, since the MCO only allows the head of the family or representative to go out now,” she said. 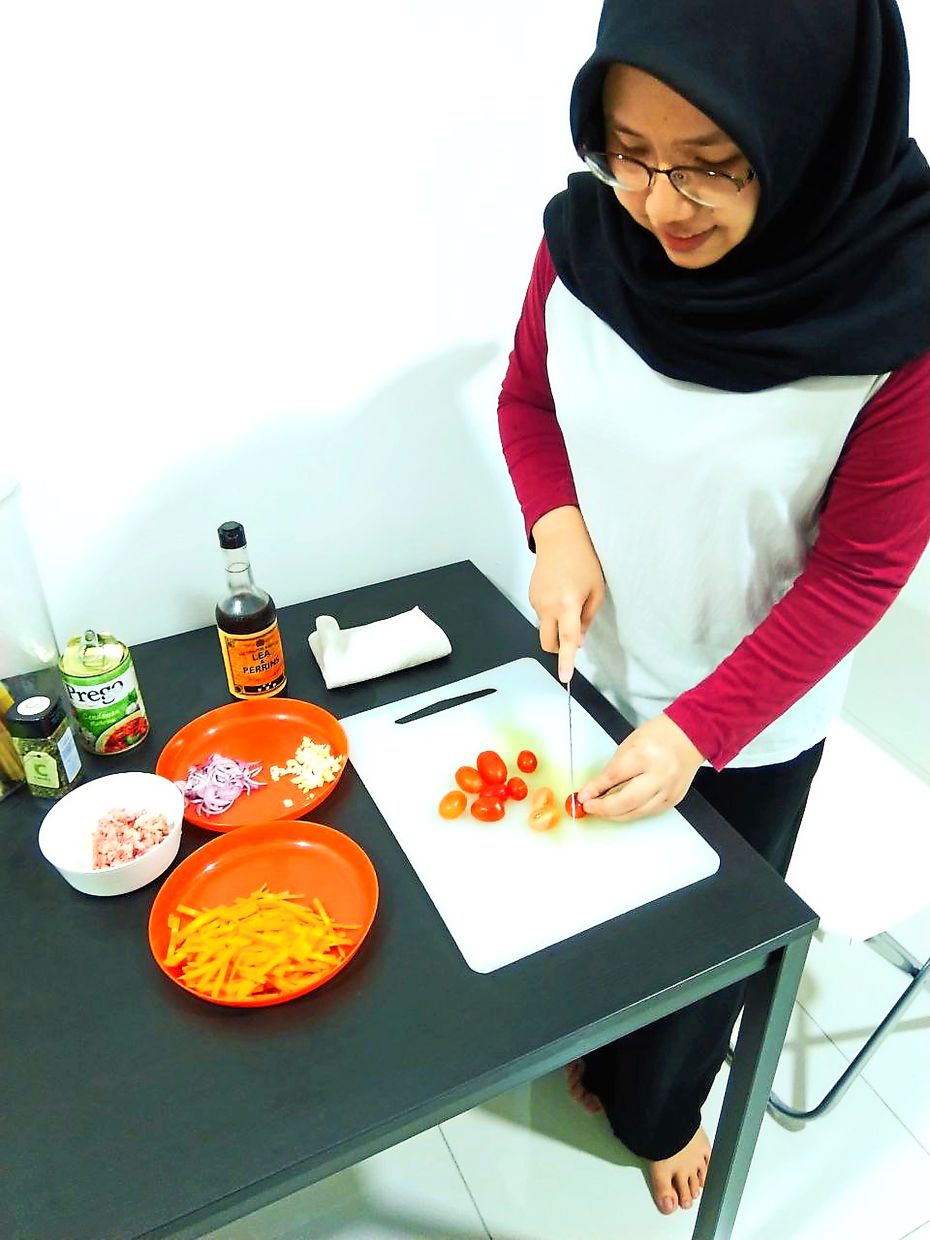 Mimi says she will cook simple dishes this year for breaking of fast and occasionally order food online.

Mimi, who has been working from home since the MCO came into effect, said she was grateful that she still had an income.

Medical officer Fendi Ali, 28, said this Ramadan would be a bit stressful for him and his wife, also a medical officer.

“My wife and I are both very busy because of our working hours and we do not have much time to cook.

“Last year, we stopped at a Ramadan bazaar after work to buy food before heading home, but we cannot do that this year,” he said, adding that he would stock up on instant foods such as cereal, instant noodles and ready-to-eat microwaveable meals.

Fendi said he and his colleagues were rostered to treat Covid-19 patients and that he needed to be ready to be called in to work should new clusters emerge.

Senior citizen Norshah Kassim, 65, who lives in Datuk Keramat with her younger brother, sister-in-law and their four children, said they were spending more frugally this year.

“My brother went to Pasar Datuk Keramat a few days ago to buy chicken and some meat. We hope that will last us about a week. Fendi plans to stock up on instant foods such as cereal, instant noodles and ready-to-eat microwaveable meals for sahur.

“I will cook extra food for breaking of fast so that we can keep some to be reheated for sahur,” she said.

Mohd Azri Aziz, 30, who lives with his mother in Taman Keramat, said they had enough food supplies to last the fasting month.

“I bought a lot of frozen food as they can be prepared easily, which makes them ideal for sahur.

“My mother also bought some poultry online so we do not have to leave the house to go grocery shopping,” he added.

Azri, who never missed a chance to go to a Ramadan bazaar in previous years, said the lack of bazaars this year might be for the best.

“The traffic and crowds would be unimaginable and it might cause a new cluster of Covid-19 to develop. I think it is best people cook at home this year,” he said.

“But I hope there will not be another water cut like a few days ago as that will be really inconvenient, especially during Ramadan,” he added.