Cake and company on special day

Residents at the halfway house lining up for a slice of the birthday cake at Caring Society Complex.

FOUR vagrants at the temporary halfway house at Caring Society Complex in Penang received a birthday surprise when they were greeted with a cake at teatime.

Resident Mageswaran Vanchlingam, who turned 47 on April 13, said this was the first time he was celebrating his birthday on such a grand scale.

“So many others are here with me and I am very thankful for their presence,” he said at the complex on Friday.

“I have never celebrated my birthday like this before as my family were very poor and filling our stomachs twice a day was a problem.

“So whenever my birthday came, the day passed like any other day.

“After both my parents passed away, I was left alone.

“Today, I feel excited because I have many people celebrating with me,” said Mageswaran, who had a leg amputated due to diabetes last year.

“Before I came here, I was living off the streets near the Pulau Tikus market.

“I lost my room after the owner who allowed me to stay at his place for free moved away.

“So I have never felt a sense of belonging until now,” he added. 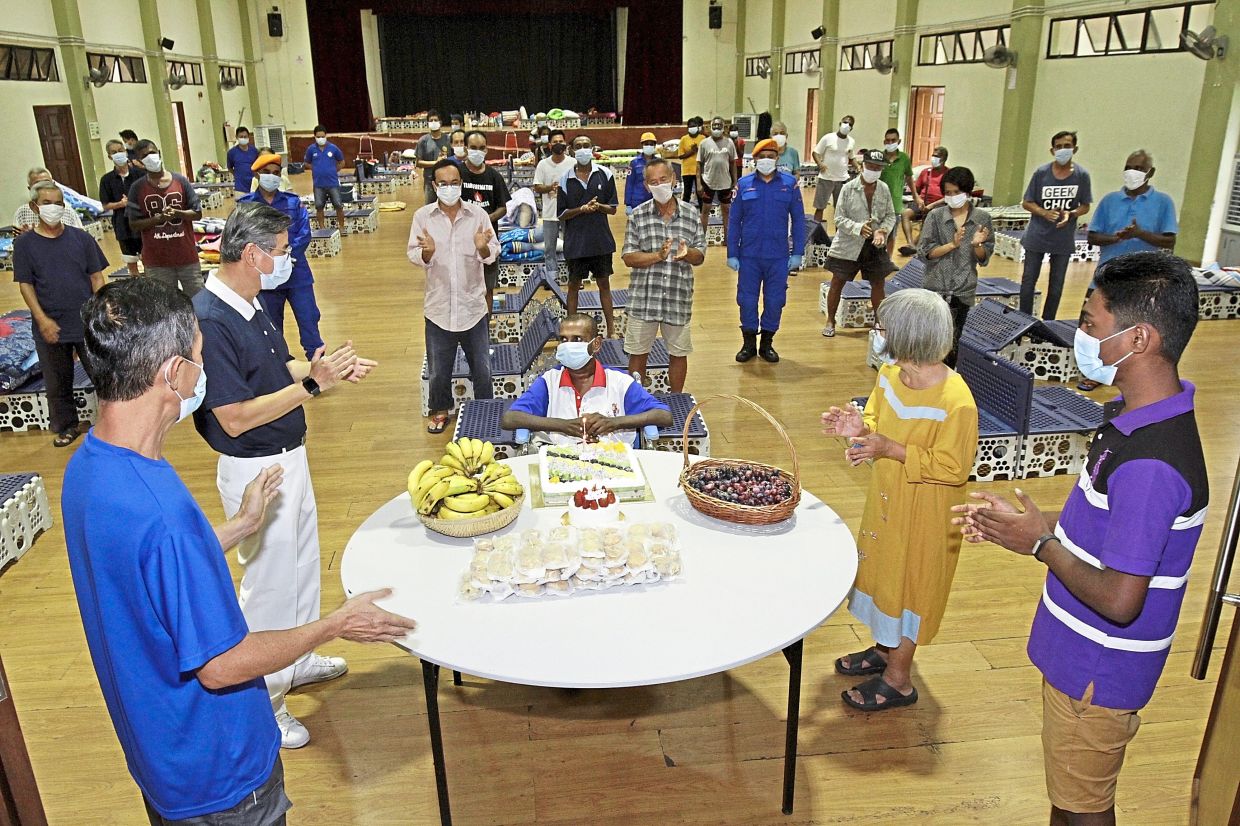 Another resident, Low Thean Swee, 54, who is no stranger to loneliness, said he has been on his own ever since he left his hometown in Pahang many years ago.

“I think the last time someone remembered my birthday was over 10 years ago.

“I am humbled and surprised that even during the movement control order period, someone’s thoughts are with us.

“I have lived on my own for most of my life and even though I have seven siblings, we speak only occasionally.

“So this celebration really warmed my heart. I am grateful that I am still able to enjoy this,” he said, adding that his birthday is on April 28.

The bash, sponsored by Penang Buddhist Tzu Chi Merit Society Malaysia, was arranged to celebrate the birthdays of residents born in April.

Society commissioner Khoo Boo Leong said the celebration was a good gesture to help the vagrants celebrate their special day.

“I believe many have not been living with their family members for several years.

“As such, they have not celebrated their birthdays in a very long time.

“We wanted to give them a treat,” he said.

The two other residents celebrating their birthdays were Srijohn Muniandy, 18, and Chan Lee Yin, 66, whose birthdays were on April 11 and April 2 respectively.During the birthday bash, all 38 residents at the complex enjoyed scones, cake and fruits.