A soldier (above) and a policeman (right pic) using the sanitisation chamber.

ARMY and police personnel on duty during the movement control order (MCO) in north Seberang Prai can now undergo full body sanitisation before returning home to their loved ones.

As they return to base at the north Seberang Prai police headquarters in Kepala Batas, they will be required to walk through a sanitisation chamber that had been installed there.

The sanitisation chamber sprays atomised liquid to decontaminate them from head to toe.

The unit costing RM23,000 was sponsored by a product design and fabrication company based in Butterworth.

Its business director Hoo Yee Wei said the chamber was equipped with motion sensors which will detect when a person has stepped into the chamber.

“Once inside, the person needs to lift his or her arms and turn around.

“A total of six pressurised mist nozzles around will spray out the disinfectant on them and the process is done in merely three seconds.

“A five-litre tank of disinfectant can be used for about 40 times and a sensor will send out alert signals for a refill when empty, ” said Hoo.

“The disinfectant is water-based, odourless and harmless to the human body.

“It is tested and approved by the Health Ministry, ” he claimed.

He said that throughout the first and second phases of the MCO between March 18 and April 13, a total of 199 people were arrested for violating the MCO.

“Out of those arrested, 143 were charged in court while 93 people were issued compounds.

“I urge the people to comply strictly with the MCO and help break the chain of Covid-19 infection, ” he said. 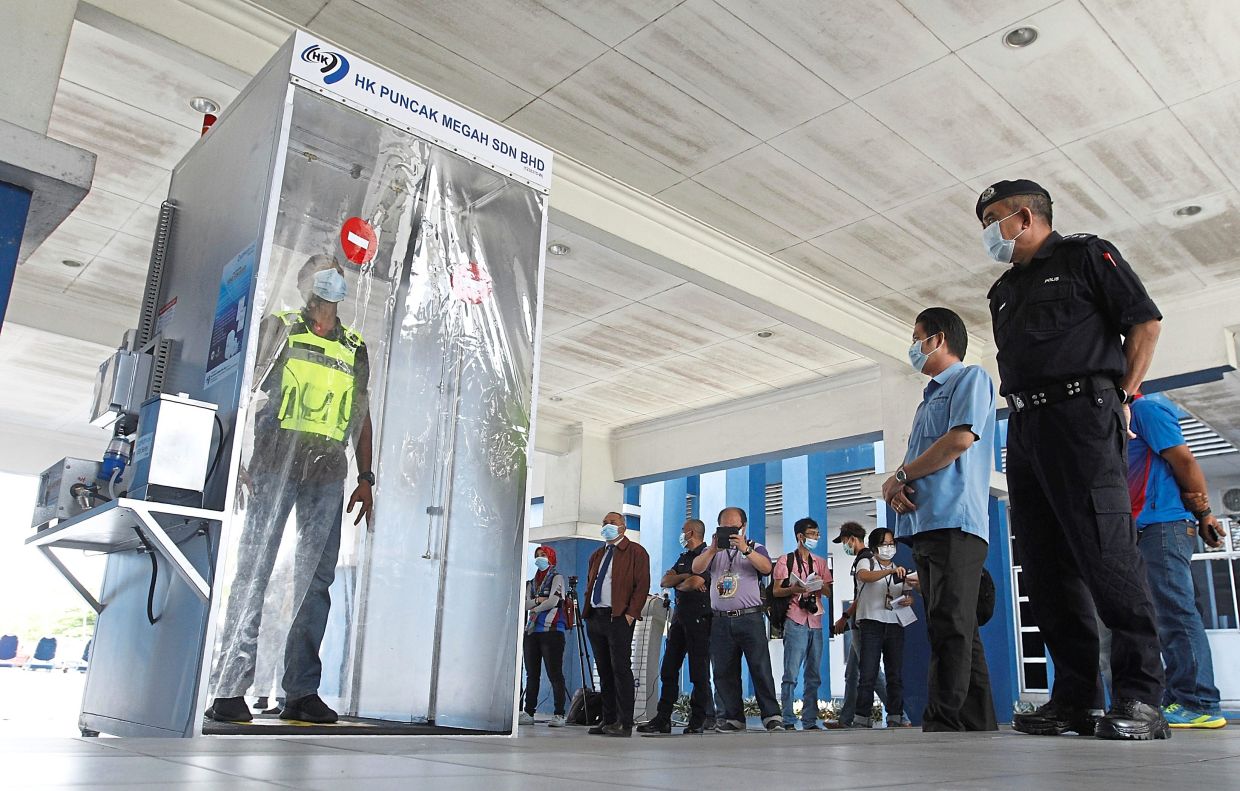 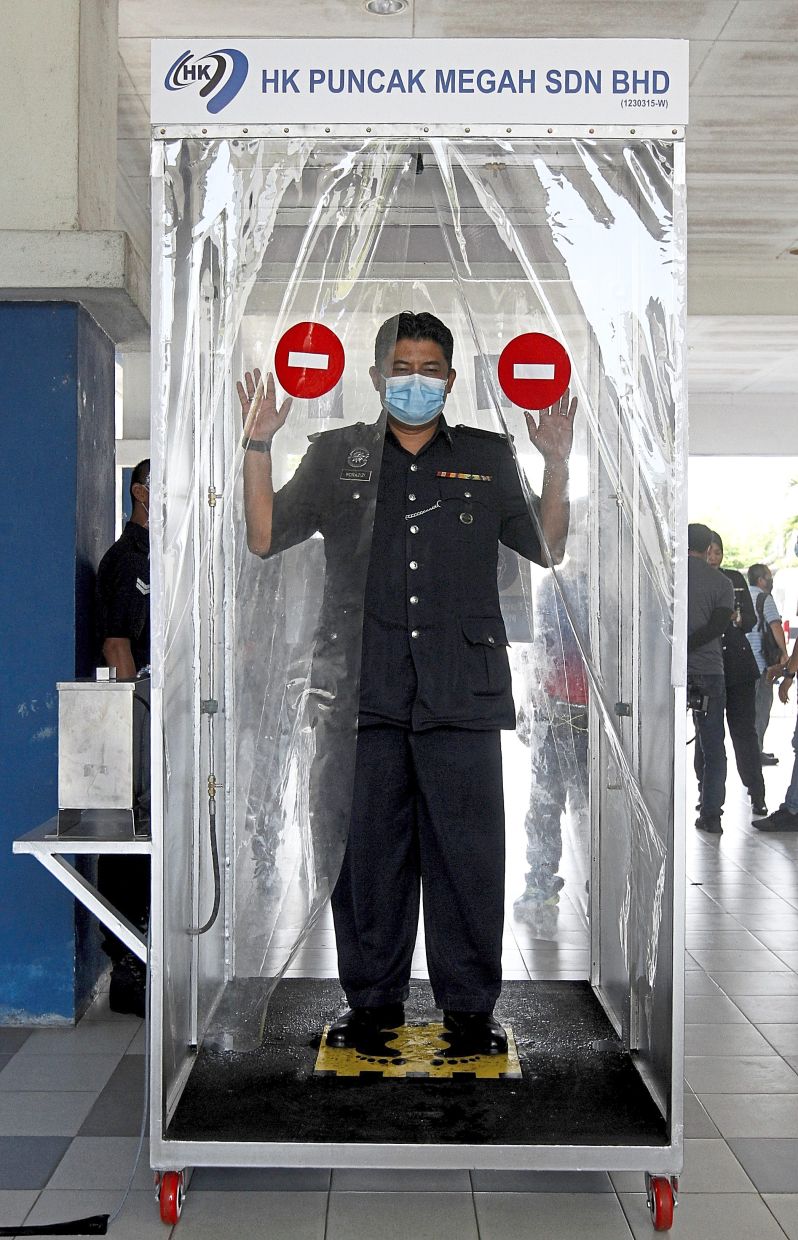 A soldier (above) and a policeman (right pic) using the sanitisation chamber.