Stricter measures to be put in place

Authorities will put up barriers in some areas to close small pathways and limit entry and exit points. — Bernama

KUANTAN: As Kuantan is declared a Covid-19 red zone, the police will now implement further movement restrictions in several areas.

“There are some irresponsible viral messages saying that Kuantan will be put under enhanced MCO. I want to stress that there is no such order.

“It has been denied by the state police chief himself,” he said.

He said the authorities would be putting up barriers to close small pathways and limit entry and exit points.

“Movement is still possible but only on the main roads. Residents in these areas are advised to avoid going out.

“Movement will be tightly controlled to prevent those who have no reason for being outside from getting through.

“The police, armed forces, Rela and the local authorities will be carrying out enforcement at the 24-hour static checkpoints besides conducting patrols,” said ACP Mohamad Noor in an interview with the PAHANGfm radio station.

In case of emergency, the public in those areas could contact the police operations room at 09-565 2090 or approach the authorities in their area for assistance, he said.

He assured the public there was no need to panic but warned that strict action could be taken against those who refused to abide by the MCO.

ACP Mohamad Nor announced that compliance with the MCO in Kuantan had been very good at a rate of 98%.

As at noon on April 11, there were 76 Covid-19 positive cases in Kuantan.
Article type: free
User access status: 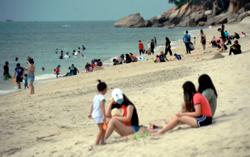 All eyes on Teluk Cempedak visitors 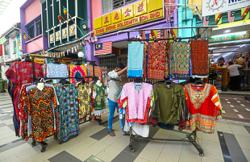