THE tourism industry in Penang is taking a big hit with the extension of the movement control order (MCO).

Even when the MCO is eventually lifted, industry players do not expect tourists to come flocking back at once and are ready for one of their toughest challenges in living memory.

The industry, a major money earner for Penang next to manufacturing, has taken a beating with many budget hotels and homestay operators on the verge of closing down due to the MCO.

Major tourism spot operators are ‘biting the bullet’ with some enduring zero income.

Entopia by Penang Butterfly Farm sales, marketing and communication head May Ang said the attraction at Teluk Bahang will be closed until April 30. This decision was made even before the MCO was extended to April 28.

“We had already factored in the MCO being extended until the end of April but if it goes beyond that, we have to re-think our strategies,” she said.

Ang said it would take some time before people begin travelling again after the MCO and thus, an immediate influx of local and foreign tourists after Covid-19 has been dealt with can be ruled out.

“The government’s Covid-19 economic stimulus package is a good move as we have about 130 staff members and it will help cushion the massive drop in earnings.

“However, the government should give more incentives to tourism players as the impact can last for a year. This industry is the worst hit by the pandemic,” she said.

“It will take some time before everything picks up again as the array of factors from the cruise industry, local and international airline sectors and school holiday crowds must return to normal.

“We are deploying about 50 of our 150 workers to handle mitigation and hillslope strengthening as well as roofing, cleaning and fixing which will gear us to be ready when the MCO is lifted,” he said.

Over at Ayer Itam, Kek Lok Si Temple is a paragon of quietness; its gates locked shut.

“This is the first time in more than 100 years that Kek Lok Si is closed,” said temple trustee Datuk Seri Steven Ooi.

However, Ooi said it was the right move as the Malaysian Government had no choice but to extend the MCO.

“We will remain closed until the MCO is lifted.”

Association of Tourism Attractions Penang chairman Ch’ng Huck Theng said more should be done for the tourism industry which contributes more than RM1bil to Penang in revenue.

“While the government’s move to keep hotels and attractions closed for safety reasons should be lauded, more needs to be done as many will not be able to survive until the MCO is over.”

Ch’ng said the stimulus package was inadequate as the industry was not just seeing a 50% loss but a total closure and something more was needed to keep the operators afloat.

He advised tourism players to keep their current costs to the minimum to tide them over the difficult time. 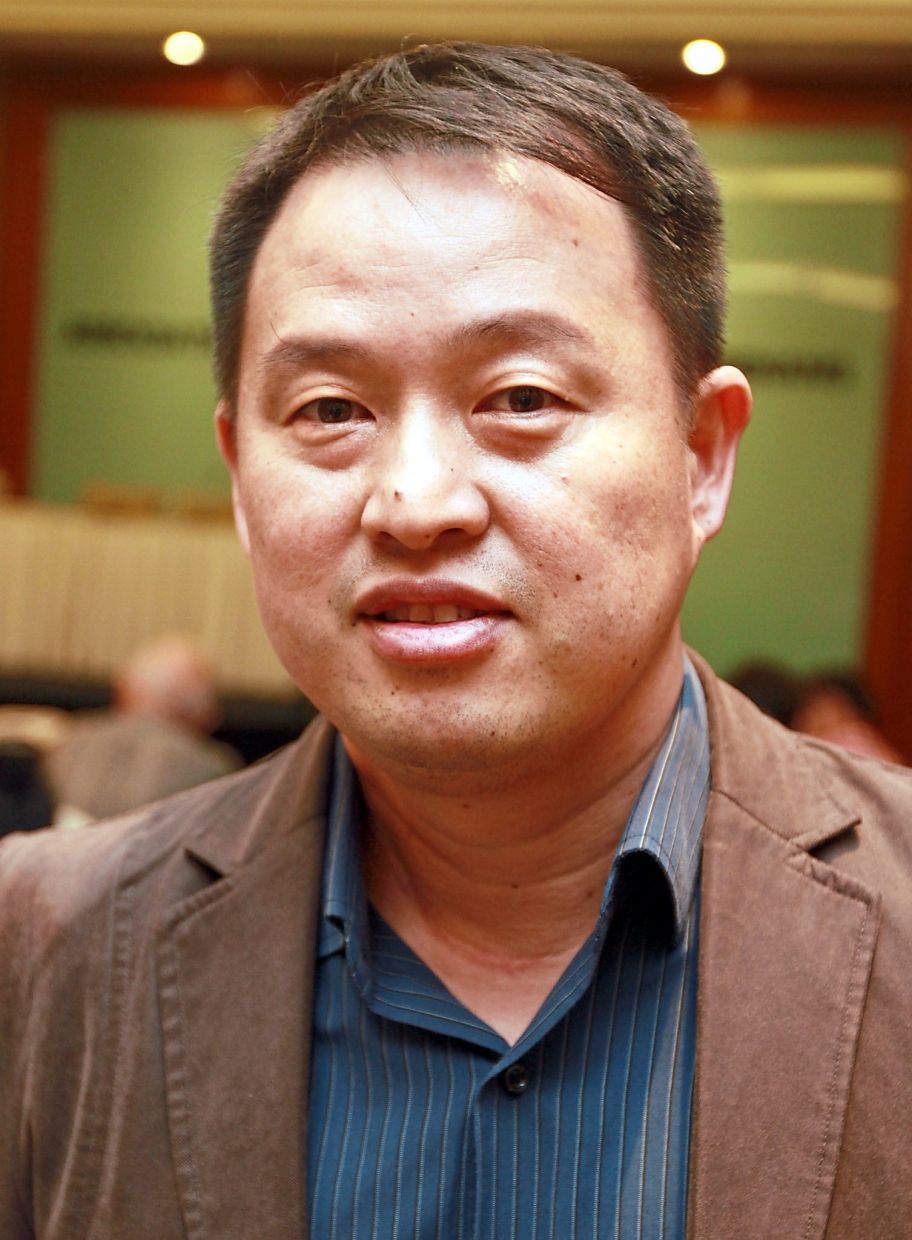 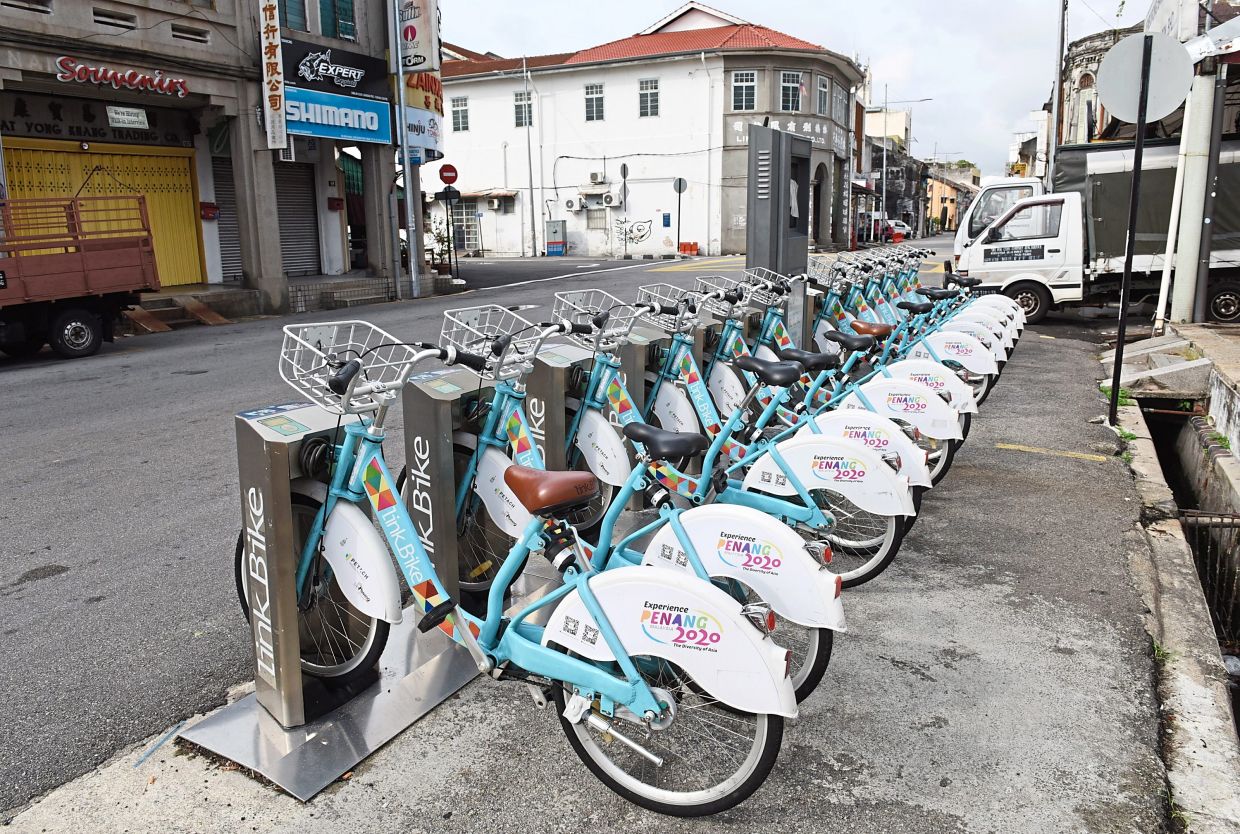 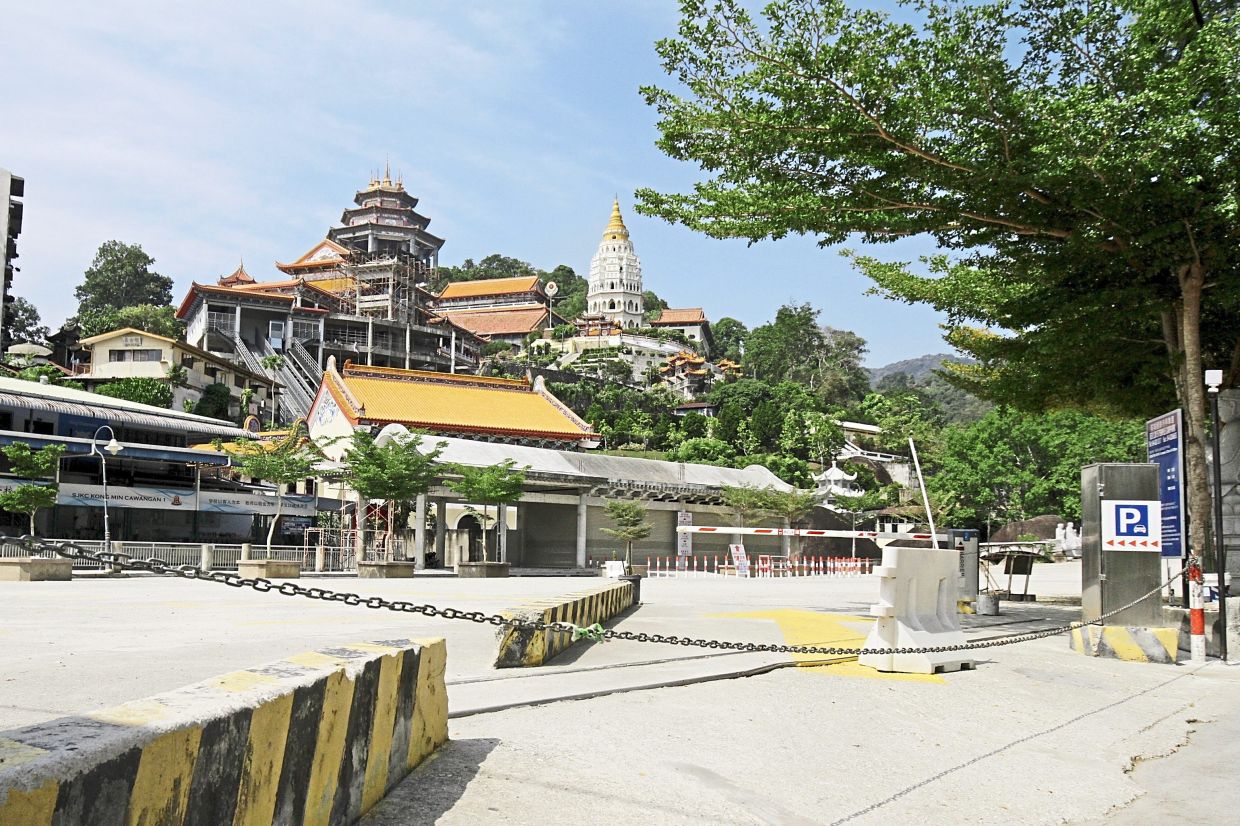 Ch’ng: More should be done for the tourism industry which contributes RM1bil to Penang.

No tourists around to use the bicycle service in Beach Street during the MCO. — Filepic

Ooi: This is the first time in more than 100 years that Kek Lok Si has been closed.

Cheok: The Penang Hill Corporation has been dealing with zero income since the MCO.

Kek Lok Si Temple in Ayer Itam is a picture of tranquility. — Filepic

Ang: If the MCO goes beyond the end of April, we have to rethink our strategy.

Entopia, formerly known as Penang Butterfly Farm in Teluk Bahang, Penang has been a favourite of both locals and foreign holiday-makers during the festive season. starpic by GOH GAIK LEE/The Star/28 mar 2017.