Touched by plight of the poor

(Left and below pics) Project: Survive With Dignity team members preparing meals in a kitchen.

AFTER reading in the newspapers that needy folk were going hungry during the movement control order, the Hungary Consulate Office in Penang started the ‘Project: Survive With Dignity’ to provide them with a meal a day.

Its honorary consul Datuk Seri Damien Chua Wei Kee said that since the project started on March 28, they had distributed more than 2,000 meals to the needy in areas such as inner George Town, Ayer Itam, Rifle Range, Paya Terubong, Relau and parts of Bukit Mertajam.

“I felt sad upon reading about the underprivileged’s plight and quickly launched the project through my consulate office.

“I formed a team comprising volunteers and they managed to rope in several food outlets to help.

“We raised over RM60,000 and we can now provide meals for daily salaried workers, poor families and the unemployed among others, ” he said about the ongoing project.

“We hope to increase public awareness of this project via the newspapers and social media with the hope of raising more money and inspiring people or organisations in other states to hold similar projects.

“We may consider expanding this project with more public support.

“More information can be obtained through our Facebook page www.facebook.com/ swdsurvivewithdignity, ” said Chua.

Those interested in supporting the cause can bank in their donations to the project’s main chef’s HSBC account (373380385107 under the name Sim Kwang Yu).

On March 7, Chua also donated 100 bags of essential goods to Bayan Baru MP Sim Tze Tzin to be distributed to the constituency’s underprivileged. 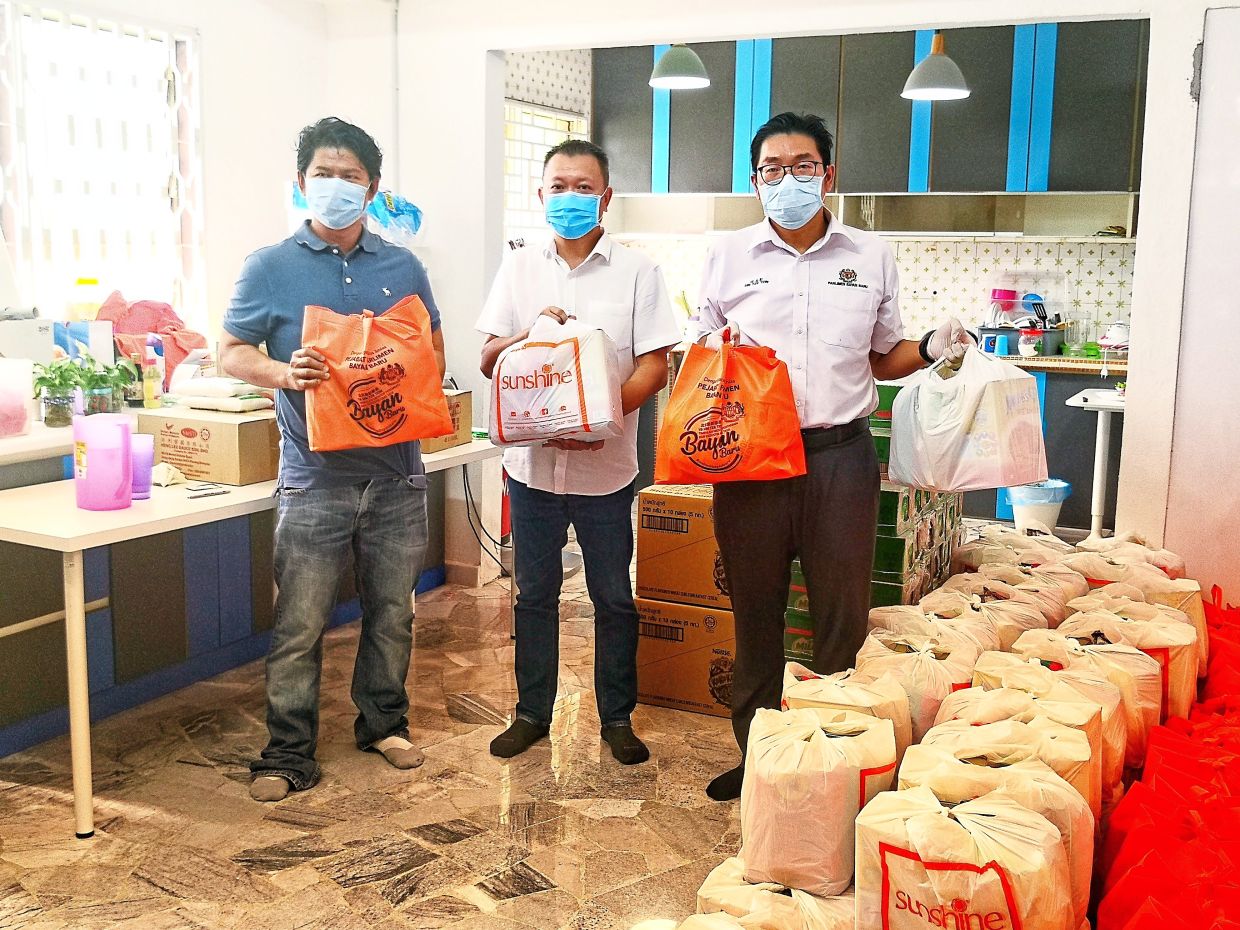 (Left and below pics) Project: Survive With Dignity team members preparing meals in a kitchen.

With them is Project: Survive With Dignity team member Chuah Gim Seng. 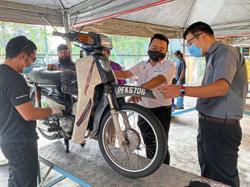 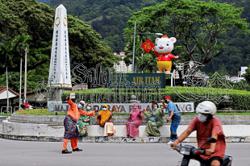 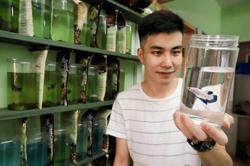