Getting creative in a crisis

A TEAM of researchers from Universiti Sains Malaysia (USM) in Penang has developed a RM1,500 automatic disinfection tunnel.

The low-cost tunnel, which was completed by four lecturers and two technical staff, is equipped with an automatic soap dispenser and non-contact water taps and dryers.

School of Electrical and Electronic Engineering dean and project leader Prof Dr Mohd Fadzil Ain said the tunnel would first be used at a clinic on USM premises. 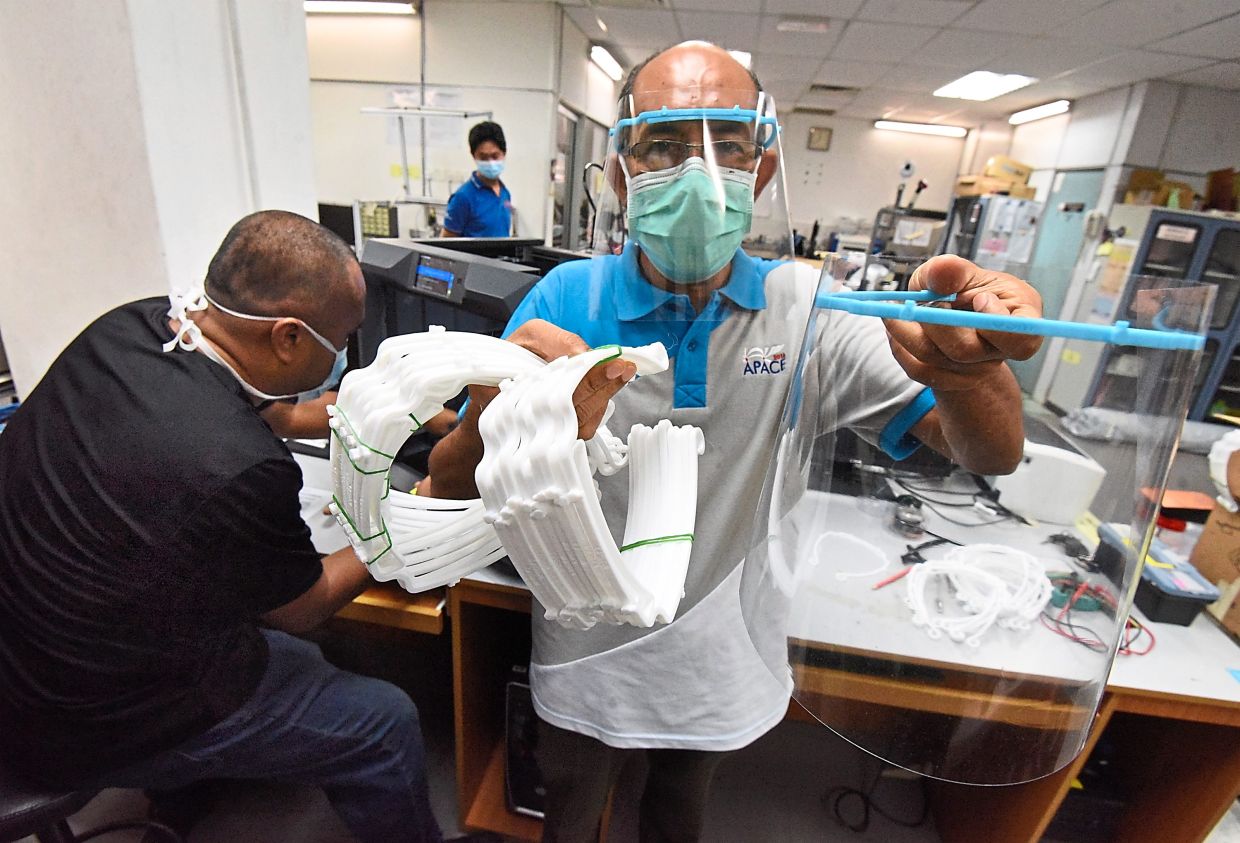 Prof Mohd Fadzil showing the 3D printer face shield that they produced to be distributed to hospitals.

The sequence starts with users having their temperatures read with a non-contact temperature reader before they proceed to enter the tunnel.

After sanitisation is done in the tunnel, users will then be directed to clean their hands using the automatic soap dispenser at a station equipped with non-contact water taps and dryers.

“This tunnel is suitable for use by frontliners to sanitise against bacteria and viruses after they complete work.

“We developed this product using resources and components obtained from our School of Electrical and Electronic Engineering as many hardware shops are closed now. 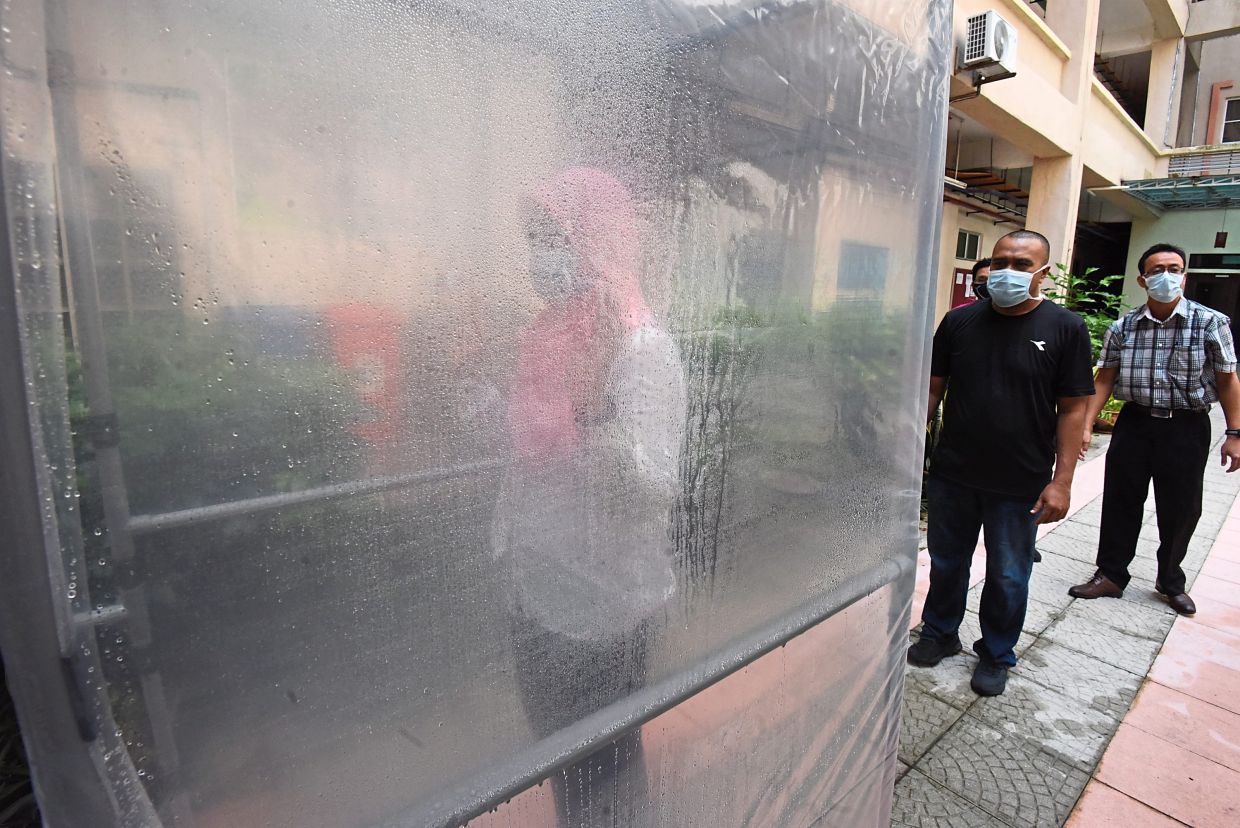 A USM staff member being disinfected in the tunnel.

“We came up with the prototype and completed the tunnel in three days.

“As it is made using mostly PVC water pipes, the tunnel is not too costly to construct, ” said Prof Mohd Fadzil when contacted on Monday.

Prof Mohd Fadzil said the idea to develop the tunnel started after frontliners at a clinic in USM requested facilities to protect themselves from infection.

“Our tunnel will be used at the clinic by frontliners and patients. 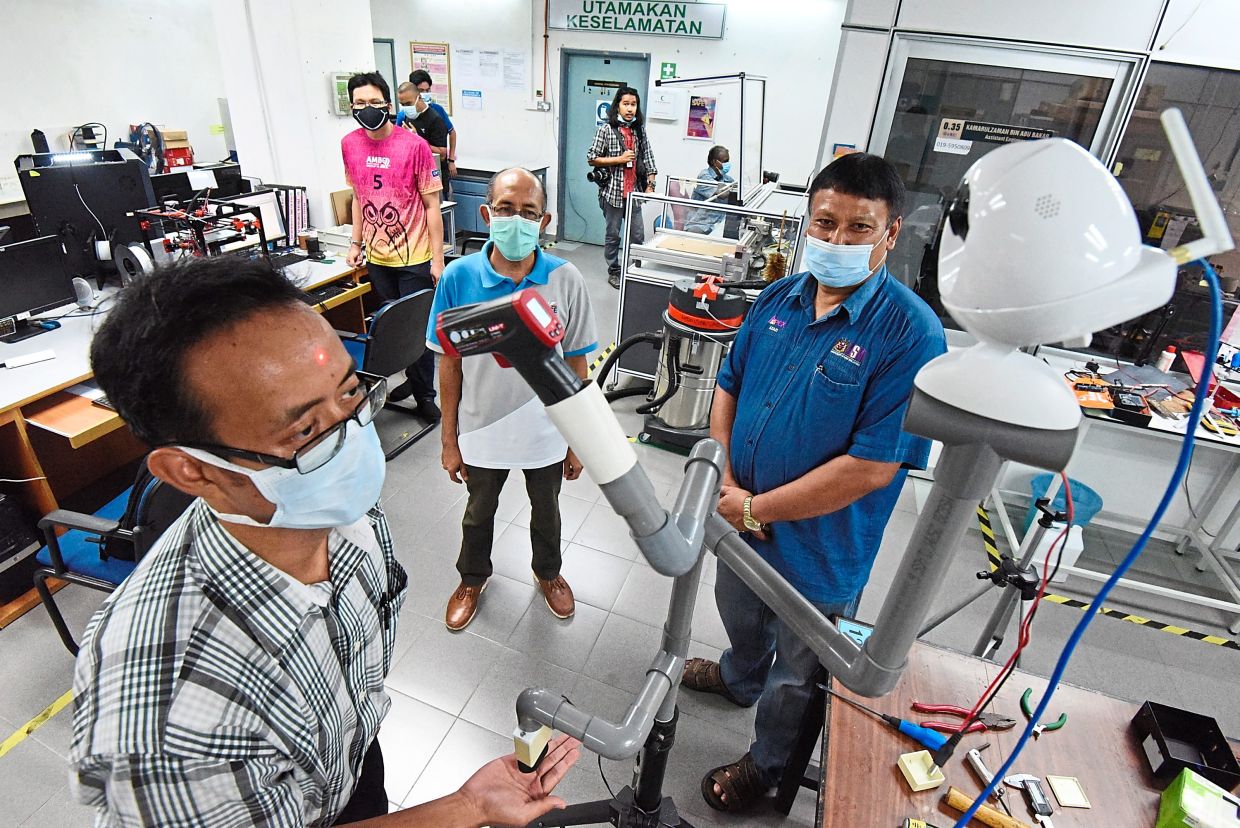 (From right) prof Nor Azazi and Prof Mohd Fadzil observing a staff member using the non-contact temperature reader before entering the tunnel.

“But due to its reasonable cost, it will be easy to duplicate the tunnel. So it is possible for more tunnels to be used at hospitals, public areas and universities.”

He said he used his own funds and contributions from USM’s Division of Industry and Community Network to make the tunnel.