A trader displaying chicken at his stall in Pandan Wholesale Market.

JOHOR BARU: There is no shortage of food supplies here during the movement control order (MCO) but traders are unable to sell their items due to shorter operating hours and fewer customers coming out to shop.

The traders said the situation had affected their business badly.

Previously, traders were allowed to operate from 8am to 3pm but now the new operating hours are from 8am to noon.

“I cannot make ends meet as income has dropped drastically. Also, I am forced to throw away some items as with fewer customers, they start to rot,” he said, adding that there were many cases of traders throwing away rotten items.

Butcher Aellmy Iskandar Masnan, 41, said price of beef was also expected to increase with the implementation of MCO in India.

“The current price is RM18 per kg but we expect it to go up to about RM20.

“But we also get our supply from Australia and New Zealand so we do not foresee a problem. 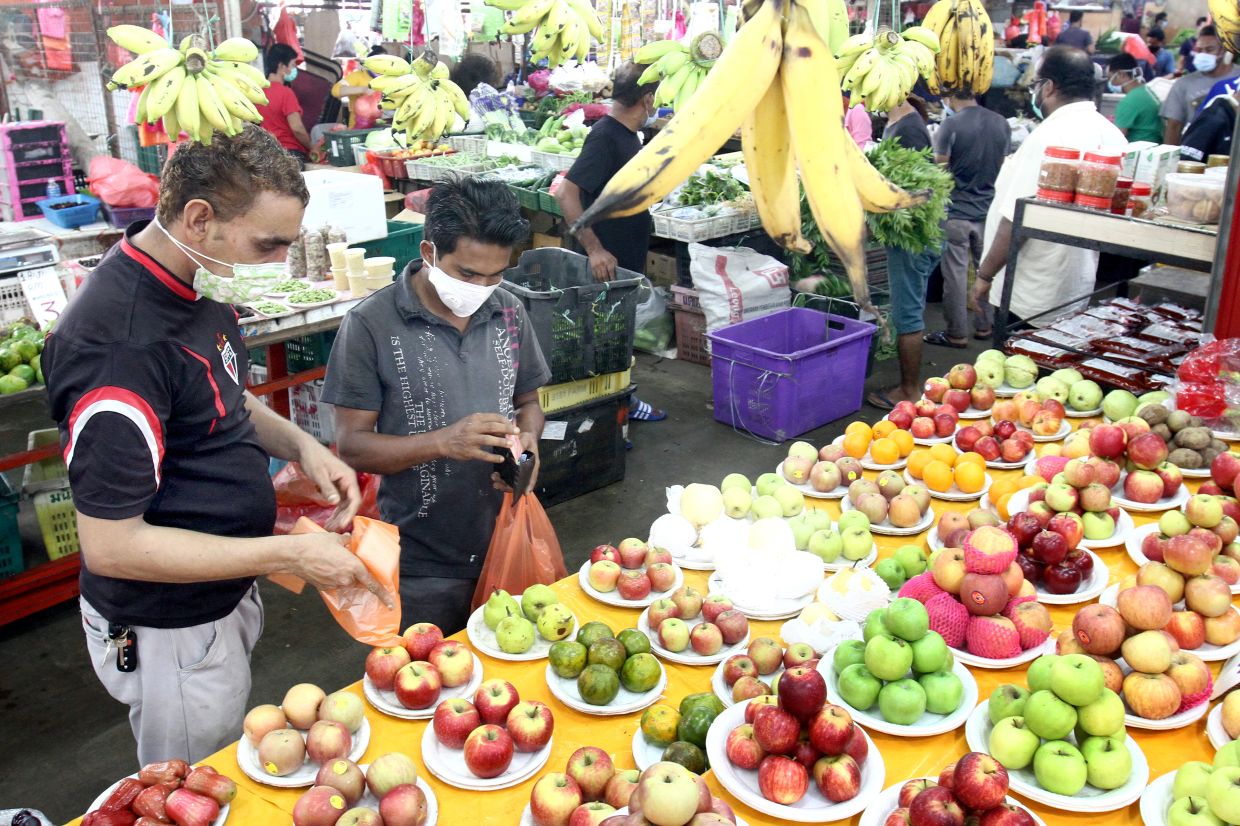 An array of fresh fruits at a stall in the market.

“Our main issue now is the shorter operating hours and fewer people coming out to shop,” he said, adding that many preferred to stock up on dried food compared to frozen ones.

“I still have to pay my workers daily,” he said, adding that sales had dropped to 70%.

Fishmonger Marwan Mohd Ali, 40, said he too was getting fewer customers.

“I have enough supply but it is not selling. I used to get my supply from Indonesia but due to the MCO, this has stopped. The market prices are unaffected as yet because supply is coming from Endau and Pontian.

He said prices for crabs and prawns remained the same, between RM20 and RM30 per kg depending on size.

Another fishmonger at Pasar Awam Larkin, Mohd Hafiz Yussof, 30, hoped the government would reconsider operating hours for wet market traders presently as it was too short.

“We need about an hour to open and get ready for customers and another hour to close the shop, leaving us with only a few hours to operate.

“The fish prices have not increased and supply is sufficient. It is just the people who are afraid to leave their homes to buy the goods,” he said. 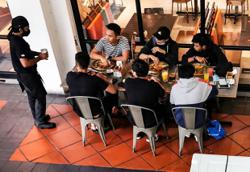 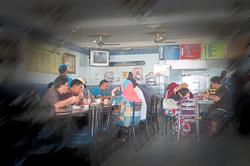