Police aided by the army questioning a motorist in Kuching. Non-essential travel between districts in Sarawak has been banned during the MCO. — Bernama

THE Sarawak government must impose a radical reduction — if not a total ban — on social movement of people at sub-district levels in the state.

The Sarawak Disaster Relief Committee had recently banned inter-district travel of non-essential services in the state until further notice.

This is to prevent Covid-19 from spreading. As of April 1, there are 188 positive cases, with eight deaths recorded in the state.

Sarawak has 32 districts, each with numerous sub-districts.

I believe banning the movement of people within sub-districts is as important as the district-to-district ban.

This is because the sub-districts in Sarawak are as big as some states in peninsular Malaysia.

Take Miri district as an example. The district is half the size of Terengganu.

The length of Miri district stretching from the border with Brunei in the north to Sibuti district in the south is 100km long.

Tens of thousands of people live in each of these sub-districts.

If the state authorities want to effectively halt the spread of Covid-19, they must ban or severely restrict the non-essential movement of people at the sub-district level too.

I can still see people moving freely between Kuala Baram to other sub-districts now.

To curb the spread of Covid-19, folks in each sub-district must stay put. Do not move out to other districts if there is no urgent need.

Luckily — so far — the rural constituencies of Mulu, Marudi and Telang Usan in northern Sarawak have not seen any Covid-19 cases despite them being immediate neighbours with Miri district, which has recorded 11 positive cases and two deaths already.

Rural clinics in Mulu, Marudi and Telang Usan have confirmed that there have been no cases of Covid-19 thus far.

Mulu assemblyman Datuk Gerawat Gala confirmed that the disease had not spread beyond Miri to the surrounding interior.

“Yes, I have checked and found there are no Covid-19 cases in Mulu, Telang Usan and Marudi.

“We will take all necessary measures to make sure there is no chance of it spreading into the ulu districts, ” he told StarMetro.

Gala, who is Deputy State Assembly Speaker, said strict movement control measures had been effective so far in preventing the spread of infection into the area.

“We continue to pray that rural Sarawak remains free from Covid-19.

“We pray that this outbreak can be tackled fast in Sarawak and the rest of the country, ” he said. 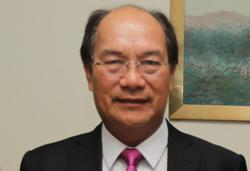 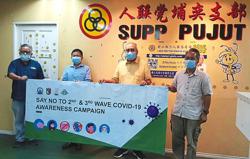