Councillors who go the extra mile

Suzana helped relay information from residents leading to MPAJ sealing off a park in Bukit Antarabangsa.

WITH government resources stretched thin dealing with the Covid-19 pandemic, local councillors are stepping up to help communities in their respective areas.

From distributing personal hygiene items to much-needed food aid, relaying correct information and becoming the authorities’ eyes and ears, they are playing their part in helping residents cope during the movement control order (MCO).

“It may not be much for those who can afford it but 50% of the population in my constituency are from the B40 category, another 30% are foreign workers.

“Hand sanitisers are considered luxury items. People would rather buy food than spend money on them here, ” said Sun.

Sun spent RM4,000 of his own money to buy 1,000 hand sanitiser bottles from a local manufacturer.

He also took the opportunity to raise awareness on the importance of hygiene and staying indoors during Covid-19.

“I didn’t go door to door but gave the hand sanitisers to people running errands like buying groceries at these places, ” he said.

Sun managed to give away 800 bottles and will donate the rest to frontline workers at the local clinic, police station and rubbish collectors.

In Sepang, Labu councillor Hazimun Rahman enlisted the help of Amal Relief Malaysia (Arif) Sepang and Sepang Municipal Council (MPSepang) to set up two tents and 50 chairs outside the Salak Tinggi Health Clinic after receiving complaints that it was overcrowded.

“There were 70 patients there at one time. They had nowhere to wait. Some were sitting by the road, ” said Hazimun.

Together with Arif and MPSepang, Hazimun set up tents and chairs so patients could wait for their turn to see the doctor. The chairs and tents will be placed outside the clinic for a month.

Forty clinic employees were also given coffee, buns and chocolates.

Meanwhile, Arif which is Amanah’s charity initiative but run as an independent volunteer organisation, has distributed RM3,000 worth of foodstuff to 50 recipients comprising roadside hawkers, e-hailing drivers, the elderly and single mothers.

“For example, we coordinate with the local hypermarket in the area to inform residents about any changes in their operating methods.

“This is so people can plan when they need to go out to buy essentials.

“We also liaise with the operators to provide feedback from residents such as concerns over the number of people allowed in and cleanliness, ” she said.

Suzana added that they were also helping to coordinate with Ampang Jaya Municipal Council (MPAJ) and the police by passing on any information about those not adhering to the order.

“In the first few days of the MCO we still had people going to the park to play and exercise. We called MPAJ and the entrances were sealed off, ” she said.

“When the restriction order was first announced, there was a lot of confusion.

“We realised that our main task was to ensure that correct information was shared.

“So we started posting a condensed version of the announcements on Facebook and also disseminated them through residents’ chat groups.

“I started holding Facebook Live sessions so residents could ask questions, ” he said, adding that live streaming was growing in popularity.

Chua noted that the question-and-answer sessions were well-received and he was now doing them at least once a day. Suzana helped relay information from residents leading to MPAJ sealing off a park in Bukit Antarabangsa.

Seeing so many people sitting in the compound of the Salak Tinggi Health Clinic in Sepang prompted Hazimun to set up tents and chairs for people to wait in comfort.

Sun distributing hand sanitisers while reminding those he met of the need to stay home and practise personal hygiene. 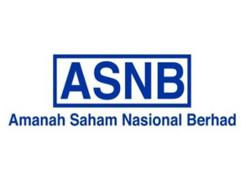 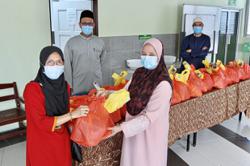 Mosque hands out aid for poor to celebrate Raya