Goh (right) posing for a photo with Muhammad Arif (blue T-shirt) and Nur Zahara after presenting them with commemoratives.

BEING the one millionth visitor to Entopia by Penang Butterfly Farm in Teluk Bahang was an exciting experience for 15-year-old Muhammad Arif Mahadhir Azri.

Muhammad Arif, who was on holiday from Klang with his parents and sister, was taken aback when he was showered with flowers and cheers.

“This is my second time here and I never expected to be given such an honour.

“My family decided to travel to Penang and my mother suggested we visit Entopia.

“We are wary of the Covid-19 outbreak and have taken precautionary measures like carrying our hand sanitiser. We also appreciate that our temperatures were checked at most entrances.

“To top it off, being bestowed the honour of being the one millionth visitor is great, ” he said at Entopia recently.

Muhammad Arif’s sister Nur Zahara Azri, 18, who was the 999,999th visitor, was also showered with flowers and goodies.

“It is a nice experience, we were looking forward to our stay in Penang. This has made it extra special, ” she said.

Their mother Noor Hayati Harun, 47, said she wanted her children to visit Entopia as she enjoyed going there as a kid.

“We did not expect such an honour but it is a nice experience.

“We are here for two days and want to make the most of our trip.

“We are taking precautionary measures, ” said the teacher from Klang.

Nur Aqilah Dayana Mohamad Azhar, 11, from Perak, who was the 1,000,001st visitor, was excited to be given gift vouchers and enjoyed holding a snake for pictures.

Her mother Norasimah Ismail, 35, said since it was the school holidays, she wanted her children to have some fun.

“We are here for three days and are looking forward to going around Penang.

“We are taking necessary precautions to ensure our children are healthy and safe, ” said the lab analyst.

Muhammad Arif was treated to a special Entopia experience and a meal.

He also received one million minutes of Nature Learning, which is a two-year Friends of Entopia membership and a Commemorative Gift Basket filled with Entopia merchandise, vouchers and assortment of gifts courtesy of their tourism partners among other rewards worth RM4,500.

Nur Zahara and Nur Aqilah received gift baskets and goodies worth up to RM1,700 each.

“This is since we reopened in 2016. Prior to this since 1986, the Butterfly Farm has had over six million visitors.

“With the outbreak from January to February this year, we only saw a 1% drop in visitors but that is because January was an exceptionally good month for us.

“We are taking precautions and have made sure our employees do not travel. As a business, we will do whatever we can to make it work, ” he said.

This event was held before the movement control order (MCO) took effect on March 18. In response to the MCO, the management of Entopia has announced its temporary closure until April 14. 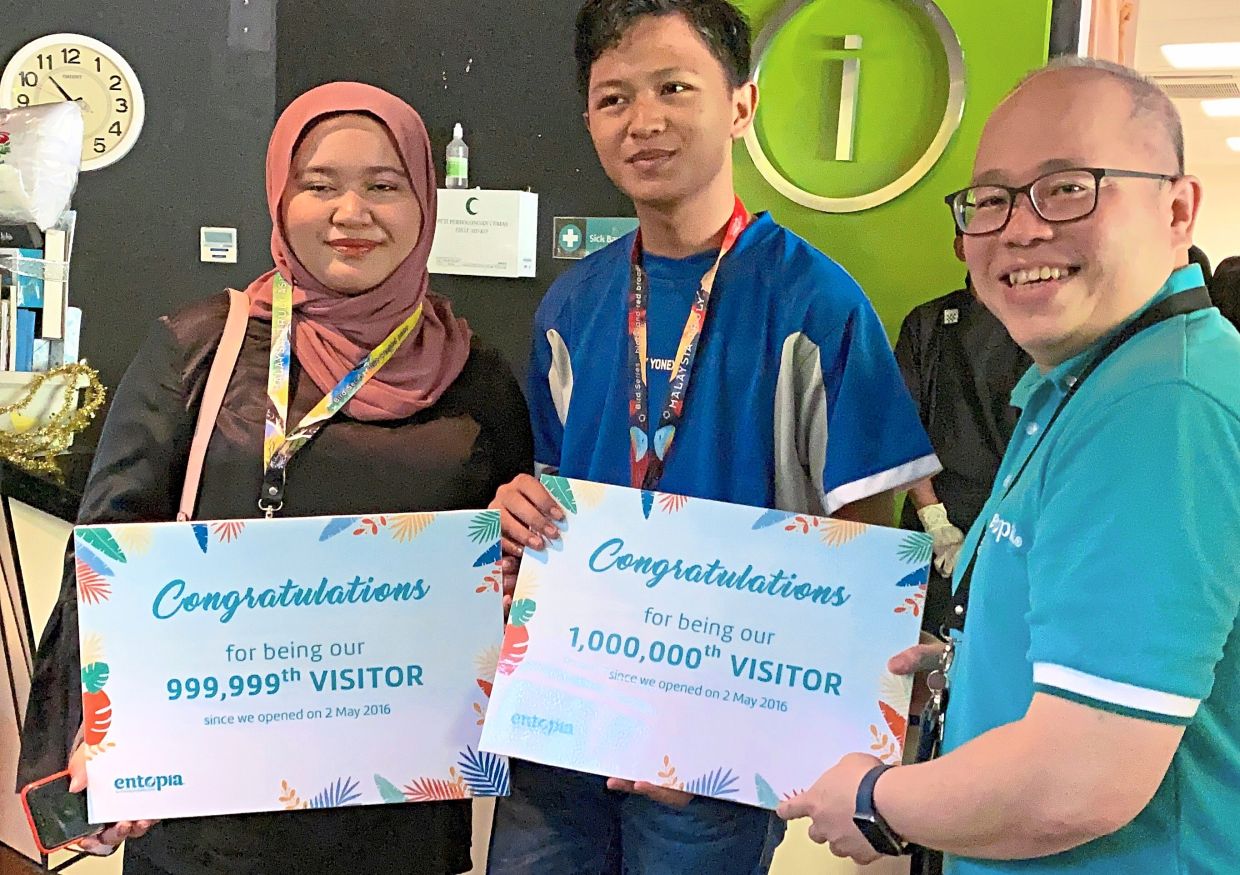 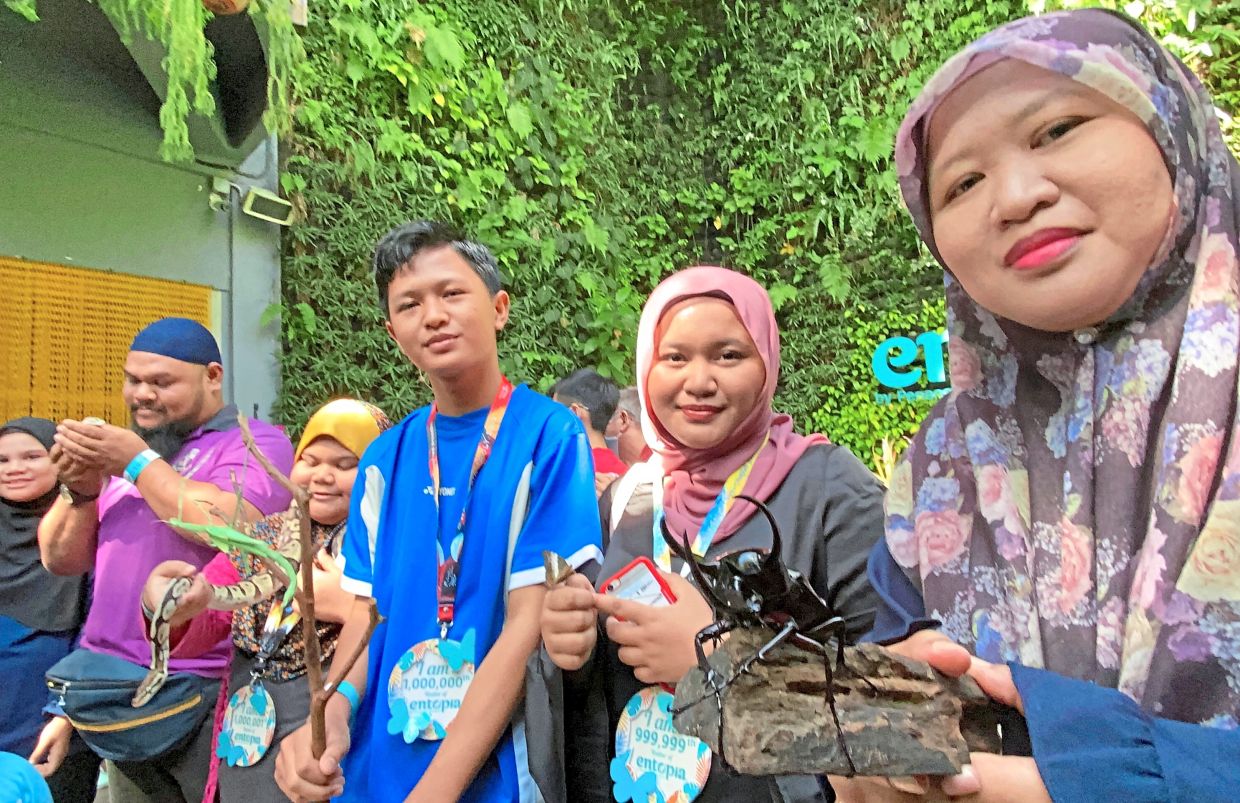 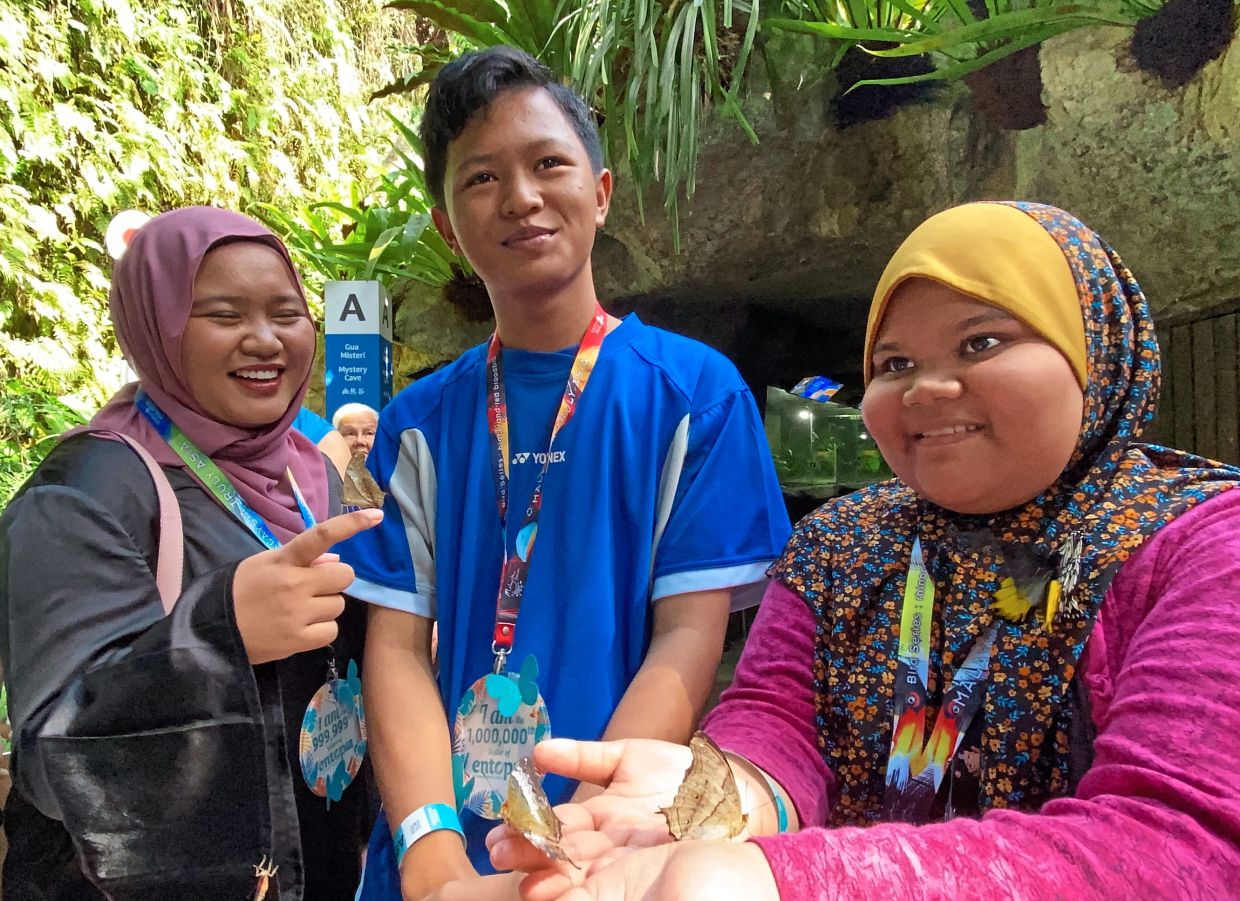 Goh (right) posing for a photo with Muhammad Arif (blue T-shirt) and Nur Zahara after presenting them with commemoratives.

Nur Aqilah is delighted to have two butterflies on her hands.