Indian Muslim restaurants are still operating round-the-clock but only for takeaways. - Filepic

JOHOR BARU: The 24-hour Indian Muslim restaurants are reporting a drastic drop in their daily revenue since the start of the 14-day movement control order (MCO) on March 18.

Johor Indian Muslim Entrepreneurs Association (Perusim) secretary Hussein Ibrahim said feedback from the members showed their earnings were down by 70%.

“Most of our members are still operating round-the-clock as usual but only for takeaways, ’’ he said.

Hussein said the authorities had issued directives to the eatery operators prohibiting customers from waiting or lining up at the premises while waiting for their takeaway.

He said customers were told to wait outside the outlets or in their vehicles and go back to collect their food when it is ready.

He said operators had also reduced the amount of food prepared at the restaurants as the number of customers had reduced since day one of the MCO.

“On average, each outlet cooks about 5kg of fish but now we cook only 1kg, and have also reduced the chicken dishes from 10 to about four or five, ’’ said Hussein.

He said the operators had also cut down overtime for their workers and that they now only work eight hours daily instead of 12 hours.

A food stall operator in Taman Pelangi hawker centre, Rozita Ramli, said she would rather abide by the directives imposed by Johor Baru City Centre (MBJB) than face any action.

“I do not want to take chances and endanger myself or my customers, ’’ she said.

Rozita said many of her customers had asked her to offer delivery services during the MCO period but she had refused.

“I also am not taking orders for catering services for now. I would rather accept business losses than get infected and suffer, ” she said. 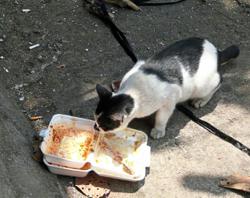 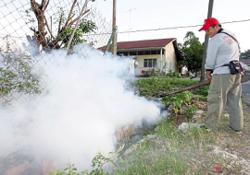