Ng says the state assembly sitting was cut short due to the Covid-19 outbreak. —Filepic

THE third term of the 14th Selangor Legislative Assembly sitting ended just a day after the opening on Monday, possibly the shortest session in recent years.

Speaker Ng Suee Lim announced that in view of the Covid-19 outbreak, the sitting would adjourn at noon.

“The sitting was initially scheduled for two weeks. However, due to the critical condition of Covid-19 and with the Prime Minister’s announcement on Monday, it was decided that the session be adjourned at noon,” he said, adding that despite the shortened sitting, all state matters were discussed.

“Even though it is only a two-day session, we have approved five meeting papers and two motions; one motion was withdrawn,” he said.

One of the motions was to appoint members for the special committee to monitor issues related to water supply in the state.

“There are still issues related to water pollution and the water industry in Selangor. The state government has managed to restructure the water services industry by taking over the task to supply water and acquiring companies like Puncak Niaga.

“Air Selangor has resolved many issues but there are still water pollution and other issues, hence the state sees the need for a committee to monitor issues related to water supply such as pollution, pipe replacement works and reduction of Non-Revenue Water (NRW), for the benefit of Selangor folk,” he said. 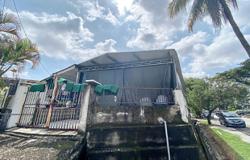 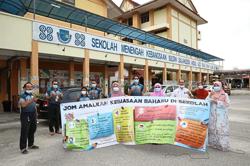 Banners on new normal for schools 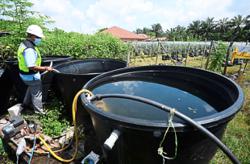