Plans afoot for a livelier Section 13

By SHEILA SRI PRIYA and My Artist’s impression of the linear park along both sides of a monsoon drain in Section 13.

SECTION 13 Petaling Jaya, an industrial area with office lots and buildings, will see major redevelopment to make it a more lively place for city folk.

Among plans in the pipeline are a linear park, an elevated bridge and streets that are pedestrian friendly.

He added that there would be no changes in the plot ratio in the redevelopment plan.

“The amendment is to enable this section to be improved, ” he said.Linear park

Rajiv said MBPJ was planning to build a linear park along a monsoon drain between Jalan 13/4 and Jalan 13/6, that would lead into Sungai Penchala.

It will include a river promenade, bio-swale pond and terrace sitting as well as a floodgate.

Community gardens aimed at bringing communities together were among the interesting components of the linear park, added Rajiv.

Based on the draft plan, he said the linear park had potential to be developed into a green space for the purpose of recreation and to inject life to the place.

The park would be able to optimise the ecological factor of the river as well as support the growth of the city towards sustainability, in addition to becoming a recreational attraction for residents in the vicinity.

The linear park would also enable businesses to be set up along Sungai Penchala.

However, Rajiv said for the project to materialise, the city council would have to discuss about incentives and compensation with affected landowners.

The city council wants the area to have more conducive footpaths to enable the public to walk from one corner of Section 13 to another with ease.

“Currently Jalan 13/4 and Jalan 13/6 do not have footpaths and are not conducive for walking, ” he said.

Rajiv added that the absence of connecting footpaths was common in most places in the country.

“Obstacles such as lamp posts and fences are prevalent along footpaths.

“This makes walking less appealing to the public, ” he said.

The planned footpaths will be between 2m and 2.4m wide, with an additional 1.5m buffer from the roads that have trees.

They will have underground drainage, which is currently being constructed by MBPJ, at various areas in Section 13.

“As a Central Business Development (CBD), these areas must be walkable and there should be no fence or wall blocking the roads, ” said Rajiv.

MBPJ has proposed an elevated bridge from Jalan Semangat to Section 12, and connecting Section 52.

Called the iconic bridge, it is planned to be 1.5km long, connecting Section 13 with Section 52 across Jalan Utara.

The bridge, which will be beautified, will have space for pedestrians and cyclists.

There is also a proposal to have ramps and skyway between Jalan Utara, Jalan Semangat, Plaza 33 and the Section 14 commercial area (see graphic).

What they would get would be seen only after the development project is completed.

“When they talk about elevated bridges and footpaths, would it encroach onto the space of neighbourhoods outside Section 13, such as Section 14?

“We would like to know how this would benefit us, the older neighbours too, ” he questioned.

Selva also said that the city council should plan carefully before allowing new high-rise buildings to be constructed in the area, in view of a growing knowledge economy that would see more people working away from the office.

“We welcome the well-intended plans by MBPJ to beautify this section.

“However, we hope that the council will not aspire to become a densely populated city.” 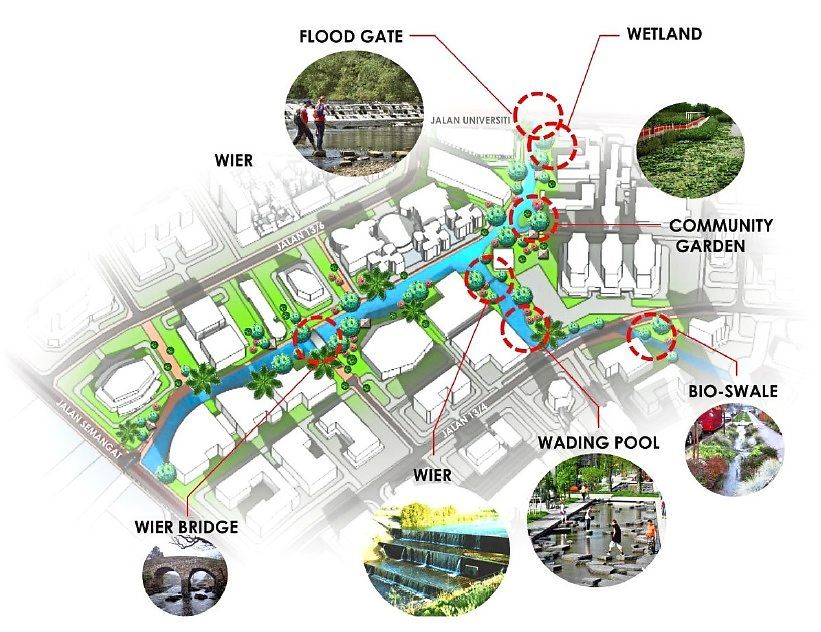 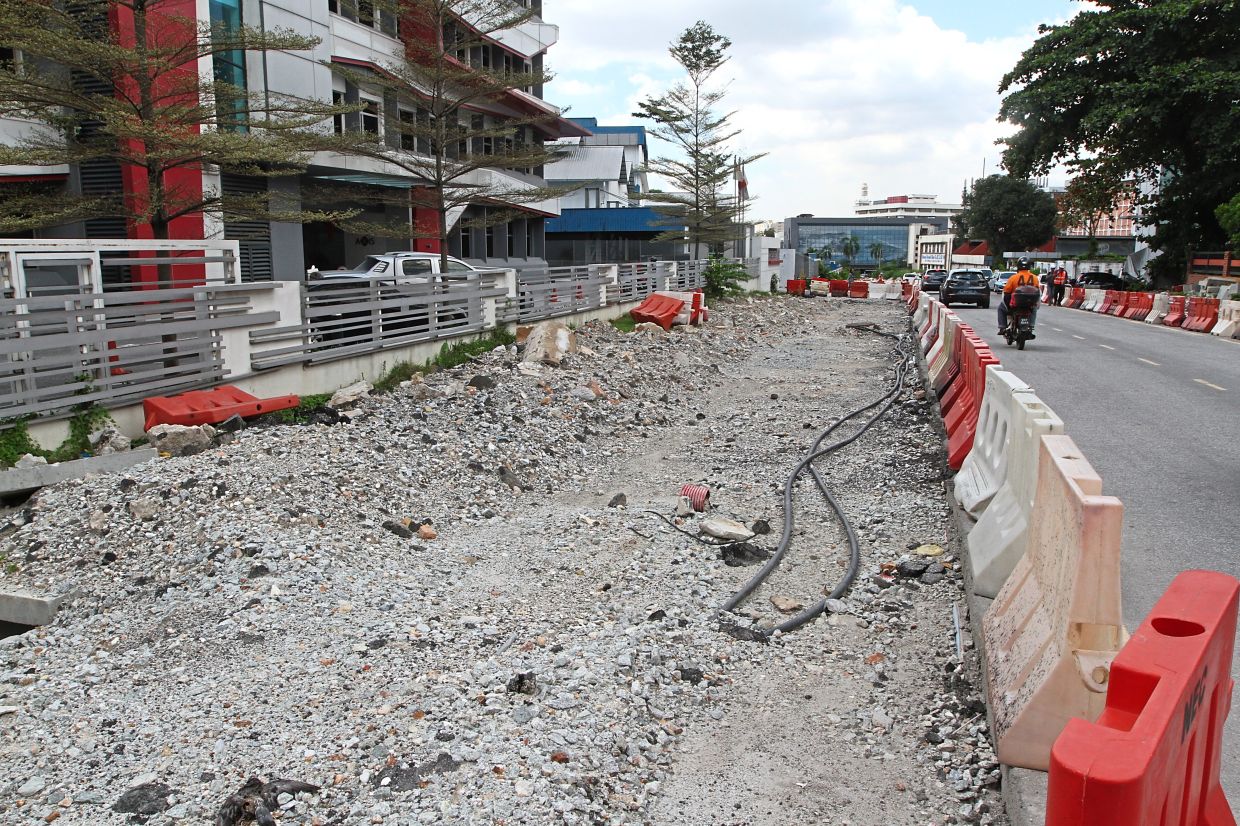 Artist’s impression of the linear park along both sides of a monsoon drain in Section 13.

The monsoon drain that runs across Section 13 flows into Sungai Penchala.

MBPJ has an interesting line-up of green features such as community garden and wading pool as part of the linear park.

Footpaths of between 2m and 2.4m wide are part of the plan. To accommodate this, under-ground drain-age is being constructed in various parts of Section 13.

Artist’s impression of the proposed elevated bridge in Section 13.

Rajiv says the project should be completed in five years.