KUCHING: Sarawak’s songket and keringkam textiles will be showcased in a new gallery which aims to preserve and promote these traditional crafts.

Located at Jalan Masjid here, the gallery is part of the state government’s Old Kuching Smart Heritage initiative in

collaboration with the Centre of Technical Excellence (Centexs), Universiti Malaysia Sarawak (Unimas) and other agencies.

“This is part of our approach to protect Kuching’s heritage, which includes cultural elements like songket and keringkam,” Chief Minister Datuk Patinggi Abang Johari Tun Openg said at the gallery’s soft launch.

Abang Johari said the gallery would not only attract tourists but supply heritage products for sale.

In addition, he said it would be a place of interest along a heritage trail in Kuching’s historic city centre. 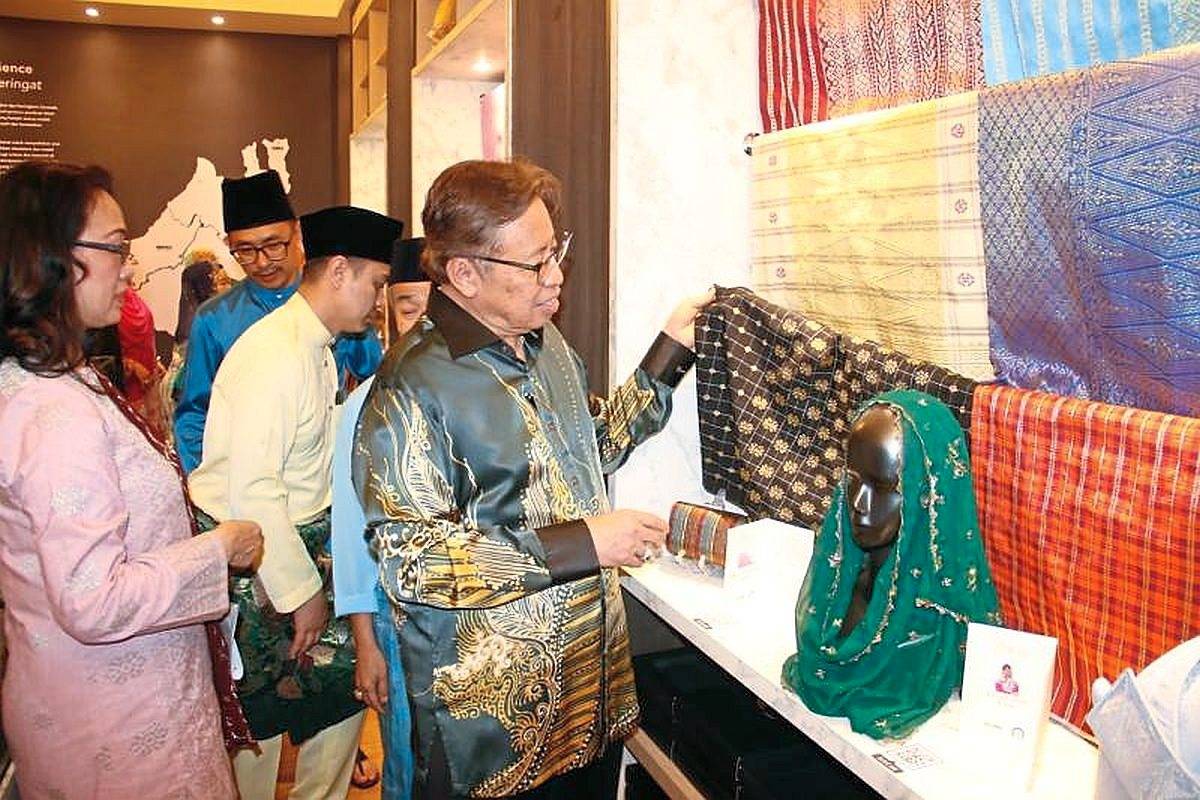 Abang Johari (right) taking a closer look at songket showcased at the new gallery. With him is Sabariah (left).

The gallery has a retail section selling songket and keringkam textiles, ready to wear items and products, such as handbags and shoes.

“There will be demonstrations of songket weaving and keringkam embroidery. Visitors can also try on traditional costumes and have their photos taken,” Sabariah said, adding that the history of songket and keringkam was also displayed.