THE 5th Adobe Certified Associate (ACA) Championship Malaysia 2020 invites students to show their creativity and compete for the chance to represent Malaysia at the world championship in the United States.

The championship gives youths an opportunity to showcase their creativity, skills and talents using Adobe Photoshop, Illustrator and InDesign.

It was launched by representatives from the Youth and Sports Ministry, Higher Education Department (JPT) and Malaysia Digital Economy Corporation (MDEC) in Bangsar South, Kuala Lumpur.

JPT Academic Excellence Division director Associate Professor Dr Wan Zuhainis Saad said the competition was a great way for the skills of Malaysian students to be discovered by industry leaders while demonstrating to the world the capabilities of the country’s youth.

“We are delighted to see employment opportunities suitable for youths created through initiatives such as this,” she said.

The competition aims to attract over a thousand students in partnership with 120 creative institutions, including private and public universities.

The organiser of the contest is Acestar Sdn Bhd.

Its group chief executive officer Natalie Sit said as the championship was their corporate social responsibility programme, registration was free.

“We are projecting a 10% increase in student registration and a 20% increase in the number of higher education institutions participating this year.

“For this year’s championship, we are working with Breast Cancer Foundation to create awareness of breast cancer in Malaysia. They will be providing the participants with the theme and the topic for the competition,” said Sit.

The competition will be held in three parts – kick-off and briefing, live test for the top 30 finalists and the grand finale which will be held in conjunction with SEA Connect – The Creative Conference 2020, which is also organised by Acestar.

“Over 1,000 students from all over Malaysia will be briefed on this year’s theme, topic, rules and regulations on March 19.

“Participants will be given until April 1 to submit their final competition artwork where the top 30 artworks will be chosen by the judges to move on to the live test round,” she said.

For part two, the top 30 finalists will sit for an eight-hour live test on April 23.

The grand prize winner will be announced at the grand finale held in conjunction with SEA Connect – The Creative Conference 2020 on May 14 at Grand Nexus, Connexion, Bangsar South, Kuala Lumpur.

Acestar will be sponsoring the grand prize winner to represent Malaysia in the ACA World Championship in Anaheim, California in August.

Last year’s grand prize winner, Muhammad Luqman Hakim Mohd Hanapiah from Universiti Pendidikan Sultan Idris, said he was honoured to have been given the opportunity to represent Malaysia internationally.

“I have gained so much. I thank Acestar for having such a valuable and eye-opening competition such as this that has enabled me to see the potential in the creative industry,” he said, 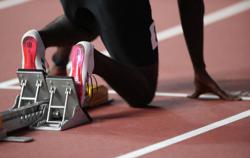 Khairulnizam hopes to feature in Europe to refine skills