Chow holding Dr Afif’s resignation letter. With him are members of the state executive council.

IT will still be status quo for the two Parti Pribumi Bersatu Malaysia (Bersatu) assemblymen in the state.

“At the moment, it is still uncertain because of the status of Bersatu at the national-level.

“It seems that there is more than one faction.

“There are a lot of things to settle before any decision can be made,” he said during a press conference at his office in Komtar on Wednesday.

Chow was responding to a question by a reporter regarding the status of Zolkifly and Khaliq Mehtab, who had been left in the lurch following their party’s move to quit Pakatan Harapan. 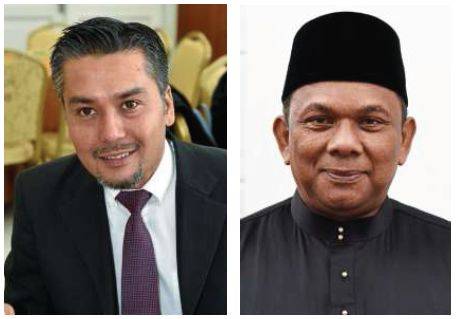 Article 14(A)(1) of the Constitution of the State of Penang (Amendment) Enactment 2012 states that a member of the assembly shall vacate his seat if: (a) Having been elected as a candidate of a political party, he resigns or is expelled from or ceases for any reasons whatsoever to be a member of that party; or (b) Having been elected as an independent but later joins a political party.

As such, under the state’s anti-hopping law, both the representatives would have to give up their seats.

In the meantime, Chow said the state legal adviser had been asked to look at the legal provisions under the state constitution with regard to the two Bersatu assemblymen.

“The state legal adviser is liaising with the Attorney General’s Chambers with regards to the constitutional provisions under the state constitution.

“We will await the advice of the legal advisor and the AGC with regards to this,” he said.

Earlier on Feb 27, the two Bersatu assemblymen had pledged their commitment to the cause of the state government.

They met Chow for about 15 minutes at his office, pledging their support to the state Pakatan Harapan government. 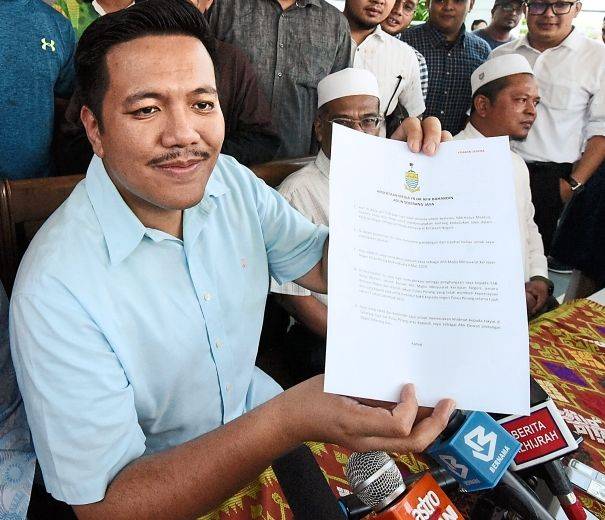 On another matter, Chow hopes the new Federal Government would treat the state fairly following the change in the federal administration.

He said the state had been contributing towards the development and economy of Malaysia.

Expressing his regret over the collapse of the Pakatan Harapan government in Putrajaya, Chow said the state was ready to face any eventuality arising from the new political alignment.

“We hope the Federal Government will continue to treat the state fairly and justly for the sake of the people.

“We are not requesting special treatment, but a fair treatment will be what the people of Penang deserve.”

Chow said the state exco members had unanimously disapproved the latest political development in the country, in which some politicians and parties had ignored the people’s mandate to be in cahoots with the then opposition to form a new government.

Meanwhile, it was reported on Thursday that PKR’s Seberang Jaya assemblyman Dr Afif Bahardin had given up his Penang executive council post.

He resigned as exco member in charge of health, agriculture and agro-based industry and rural development.

Chow had said that Dr Afif’s resignation was accepted during a state executive council meeting, adding that this would not affect his position as Seberang Jaya assemblyman.
Article type: free
User access status: