These are the projects of winners from MyPlace Awards 2019, an initiative by Malaysian Institute of Planners.

It was completed within 10 months and is open to the public for free.

The bridge includes safety features to ensure children can play without worry. Meanwhile, the children’s bicycle track offers children a safe space to learn to ride a bicycle.Back to Back Lane in Muar

The project by Muar Municipal Council offers a way to transform old town areas and streets that are in dire need of urban rejuvenation and re-engineering.

Back lanes are turned into active community spaces, leveraging on the existing spaces to increase their functionality and helping to promote the town’s livability, walkability, economic resilience and sustainability.

The use of augmented reality technology to replace conventional signage in addition to storyboards in murals further promote tourism and reading.

Karak Park Home is a housing development project. As part of the project, the developer has provided public spaces for the community’s use such as a community hall, kindergarten, badminton court, jogging track and park with play equipment made from used tyres.

These efforts are intended to promote healthy living, interaction among neighbours and awareness of the environment.

St Jo’s Square is planned as a 0.4ha public plaza that provides direct connectivity between St Joseph’s Novitiate, Gurney Drive and the sea.

The heritage building and the plaza are the focal points here, which is conveniently amid Gurney Paragon, a mixed development consisting of a shopping centre, an office tower and two residential towers.

The square hosts around 50 events per year.MPK 1 Field in Kuantan

The field is located in Kuantan’s central business district and bordered by three streets --- Jalan Bukit Ubi, Jalan Mahkota and Jalan Masjid.It is easily accessible by public and private vehicles as well as pedestrians. The field serves as an outdoor public space for community, social, recreational and sports activities. These include grand buka puasa sessions during Ramadan, historical and cultural celebrations, bazaars, car boot sales and sports events. 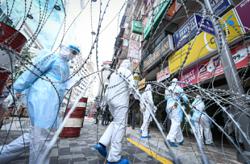 Back lanes to the fore 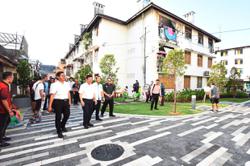 Back lanes buzzing with activity