State keen to nail down the housing issue after long wait

He was responding to the announcement by Housing and Local Government Ministry secretary-general Datuk Seri Mohammad Mentek last year that the Federal Government would build 14 new PPR schemes throughout the country in 2020.

“We are ready. In fact, long ago, we had already informed the Government that we have 72 acres (29ha) of land for PPR units.

“Officers even visited one of the sites identified to check its suitability, ” he told reporters after the handover ceremony of new lifts at the Ampang Jajar PPR on Tuesday.

Jagdeep said the announcement by the ministry was contrary to the letter that it sent out in the middle of last year to inform the state government that no PPR schemes would be built anymore but would instead be re-branded.

He pointed out that the ministry could have changed its stand and decided to carry on with plans for new PPR units nationwide.

He added that to know the actual status of the matter, he had requested Chief Minister Chow Kon Yeow to ask questions during the parliament sitting that would start next month.

On maintenance funds, Jagdeep noted that Penang had spent about RM240mil at public housing, local government housing and eligible private housing schemes since 2008.

Earlier, Jagdeep presented the certificate of completion for the installation of two new lifts at the Ampang Jajar PPR Flats. The project cost RM580,000. 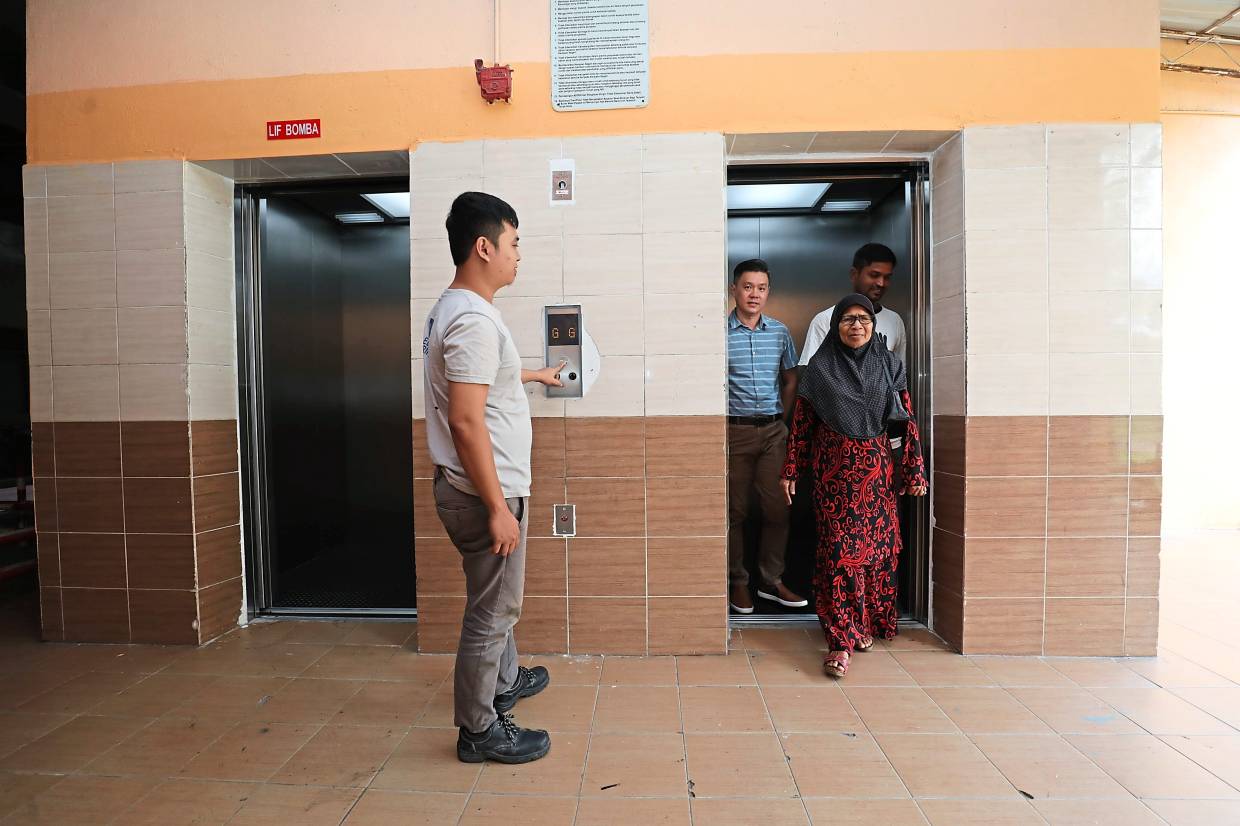 Residents Melor Othman and her family using one of the new lifts at Ampang Jajar PPR in Butterworth.