A pack of stray dogs roaming in an alley off Jalan Jambu Bol 2 in Taman Gembira, Klang.

TOO many abandoned dogs of all sizes roam the streets in Klang.

This is because some dog owners, after having cared for the animals for a certain period, had to give them up due to certain circumstances, such as relocating to a smaller space or for health reasons.

Many abandoned dogs move in packs while others roam about solo on the streets, scavenging for food while rummaging through rubbish strewn behind eateries.

Some canines wait for animal lovers to feed them.

Ultimately, the dogs make the streets their home and their rapid breeding has become a serious problem for Klang Municipal Council (MPK).

Its health department director Azmi Muji said there were about 15,000 stray dogs in the municipality and on an annual average, they received 1,300 public complaints citing the dogs as a nuisance.

“It is a complicated problem. Unscrupulous pet owners abandon their sick or injured dogs because they don’t want to spend money on veterinary treatment.

“Some people dump their dogs because the animals are not cute anymore once they grow older. That is cruel,” he said.

StarMetro learned that some pet stores in Klang discard unsold dogs on the streets. A former pet shop worker said puppies do attract people to buy them but once the dogs were grown the novelty wore off and the pet shop would find it too costly and troublesome to keep the animals.

“Most of these dogs were injured, sick and had skin disease. The state government appointed a veterinarian to euthanise them.

Azmi added that while people were angry with the council for euthanising the dogs, the problem was overpopulation due to uncontrolled breeding as well as irresponsible ownership.

“Irresponsible ownership is when people keep unlicensed dogs outside their homes and feed them.

“We have to seize these dogs as they will multiply.

“The animal lovers accuse MPK of being heartless,” he said.

Animal therapy association Petpositive president Anthony Thanasayan said the responsibilities of local councils did not include setting up animal shelters for stray animals, but to ensure that the streets were free of them to make it safe, disease- and nuisance free for the public.

“Life is cruel for stray dogs as they often die of disease, neglect, starvation and poisoning, or end up as road kill.

“All dogs deserve loving homes where there are people who can care for them.

“But most people do not want strays, so it is best to put them down painlessly. There is no dignity or quality of life for dogs outside the home,” he said.

Thanasayan, who was chairman of Petaling Jaya City Council (MBPJ) and MPK canine advisory team from 2008 to 2013, said stray dogs were the result of pet owners not neutering them.

“Local councils have the unfortunate task of clearing up this mess.

“MPK, however, has its own dog pound and it is run according to the guidelines of the Veterinary Services Department.

“The dogs are put down by a veterinarian,” he said, adding that MPK was also one of the few councils that had a rehoming programme to enable healthy strays to be adopted. 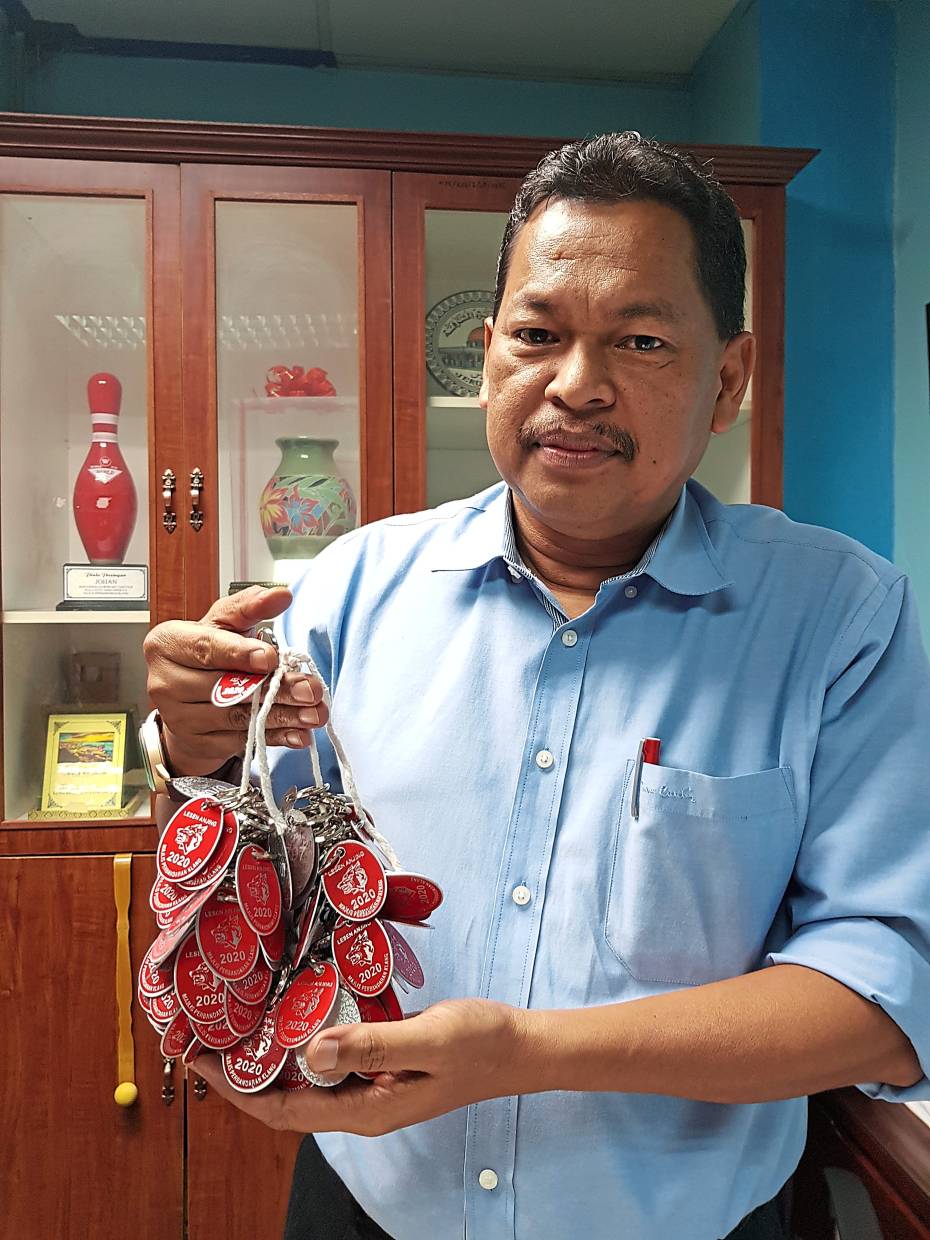 Azmi says dogs without tags are unlicensed and considered as strays.

Azmi said the stray dogs brought to MPK’s pound in Bandar Sultan Suleiman in Port Klang were unable to tolerate a confined area.

“They become stressed, while others have weak immunities. Some become territorial and they fight with each other.

“This is why many of them die in the pound,” he said.

Azmi said in 2018, a total of 2,892 dogs in the pound died due to stress, injuries from fights and hunger as they refused to eat dry dog pellets as they were used to scraps of cooked food.

“Our approach is to round up

the strays. Our staff use a loop with tube insulation and sometimes a trap cage to catch the dogs.

“People must stop abandoning their dogs. Those who want a pet can visit the MPK pound to adopt a dog.

“Those who feed stray dogs should consider adopting the animal and obtain a licence with MPK,” he said.

Council acting president Elya Marini Darmin said they had organised a pet ownership talk in December last year and hoped such awareness could reduce the number of abandoned dogs.