Zaharin: Land reclamation projects along the shoreline has affected our livelihood.

GELANG PATAH: Life is getting harder for many coastal fishermen as their catch is dwindling due to development in south of Johor in recent years.

“If I am lucky, I get about 2kg of crabs now or else I come back empty handed after spending about four hours at sea,’’ he lamented.

Safiee said the mangrove swamps, a natural breeding ground for mud crabs and mangrove snails along the coast had also been cleared and led to a decline in catch.

Fellow fisherman Tan Yong Lai, 54, said he could get about RM600 a day for his catch back in 2010, before the coastal areas were reclaimed for development projects.

“Now, the catch has come down to almost RM300 and the situation is getting worse with lesser catch day by day for the past three years,’’ he said.

Tan said just like the 30-odd fishermen in the village, he had no choice but to continue going out to sea to fish as he has been doing so for almost 34 years. 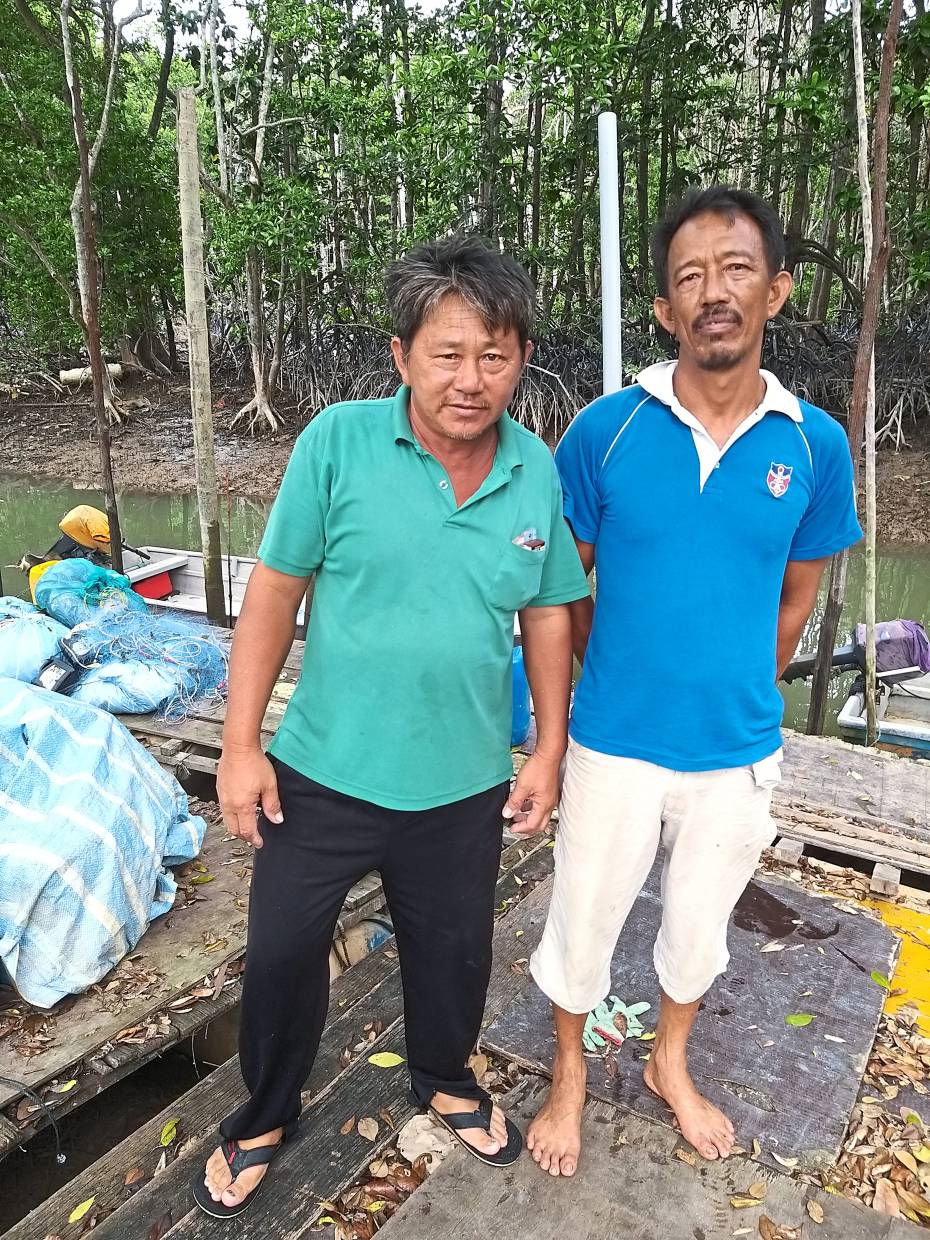 Tan (left) and Safiee are both feeling the effects of land reclamation, with their catch decreasing.

He said the land reclamation activities in the area had also caused the water quality in Sungai Pendas, which flows into the sea, to turn brackish.

Zaharin Sabtu, 52, said the on-going sand digging activities on the Singapore side resulted in sediments to flow to the nearby Pulau Merambong on Malaysian waters.

He added that large-scale land reclamation projects along the shoreline has affected the fishermen’s livelihood as the fishing zones for them have shrunk.

“We hope the federal and state governments could look into our plight.

“We badly need their assistance to improve our livelihood,’’ said Zaharin.

He said the association proposed to the Agriculture and Agro-based Industry Ministry to organise courses for the fishermen to venture into the agro-tourism sector.

“This will help them diversify and reduce their dependency on income from selling their catch,’’ said Azli.

He said coastal fishermen needed to supplement their income as their catch was dwindling due to development projects.

There are about 2,500 coastal fishermen in south of Johor and their fishing areas within 10 nautical miles cover Tanjung Piai, Iskandar Puteri, Pulai, Johor Baru, Pasir Gudang and Tebrau.