ISKANDAR PUTERI: Many Malaysians are used to eating keropok keping (fish crackers) made from fish, prawns or even squids.

But many are not aware that keropok keping made from mussels (kupang) is also sold in the market.

Unlike fish crackers which are easily available, not many make mussel crackers.

Masriwatee Ariffin, 50, who managers Warisan Masyazira Enterprise in Jalan Melor, Kampung Sungai Melayu here is among a handful of those producing mussel crackers in Johor.

“The business was started by my parents about 35 years ago in the village, ’’ she said.

Masriwatee said her late father Ariffin Md Said, a fisherman and mussels breeder who passed away at the age of 76, started the family business with her mother Ara Othman, 73. 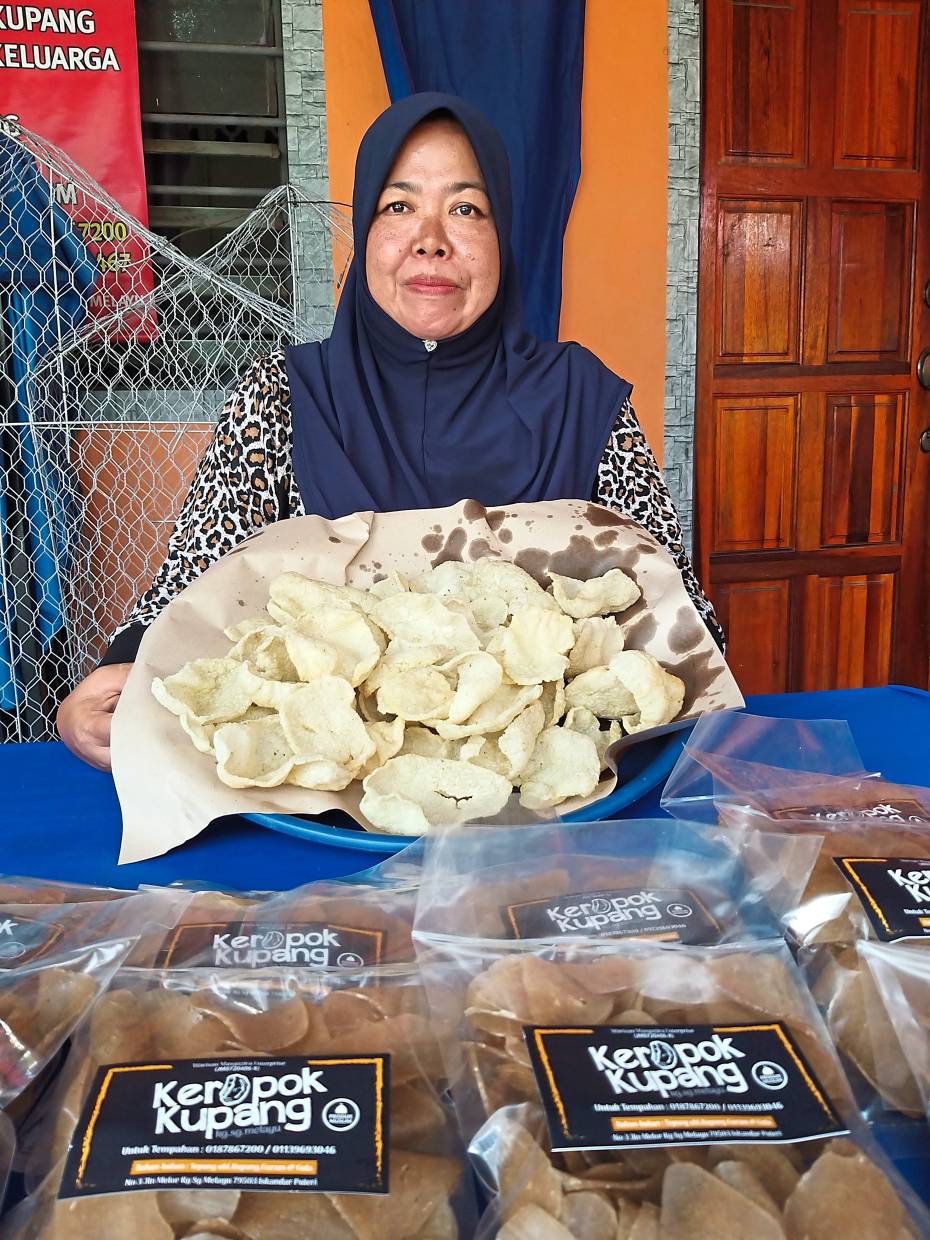 Masriwatee with the mussel crackers she makes.

She said her parents decided to venture into making mussel cracker as there was a bountiful harvest of mussels from the family’s mussel farm.

Masriwatee said she started helping her parents make the crackers after school hours and learned the process from them.

“I took over the business from my mother about 20 years ago as she was getting older and no longer able to continue with the trade, ’’ she added.

She said the process of making mussel crackers and ingredients used were similar to producing fish crackers.

Masriwatee, who gets her supply of mussels from the family mussel farm, said it was dwindling due to land reclamation activities.